Bali has a rich culture steeped in ancient tradition and rooted firmly in inter-community connection and support. Religiously, Balinese people practice a branch of Hinduism that includes many of their own gods and traditions.

Big thanks to our host, Ayu, who gave us culture lessons on our drives around the island.

The Balinese have a very real respect and reverence for babies. This stems from their belief in reincarnation. Babies are considered gods when first born as they are the re-birth of an ancestor.

For the first three months after birth, the baby isn’t allowed to touch the ground. After this time period, they have a ceremony to name the baby and “introduce them to the universe” by touching them to the ground for the first time. After that point, walking barefoot is encouraged (especially for children) so that as our host put it, “They can draw power from the Universe.”

Bali is split up into different regions, communities, and villages. I’d say these are approximately similar to counties, towns, and neighborhoods as we think of them in the western world. Each of these has its own several temples which act as oracles to the divine as well as crucial community gathering places. Each geographic division has at least these temples:

There are also many other types of temples that honor the dependence on Mother Nature such as:

Each town and community celebrates important events at the local temples. The celebrations are called “Ceremony.” During Ceremony each member of the town is expected to participate and many are assigned tasks like cooking food, preparing offerings, or providing entertainment. Restaurants, shops, and sometimes lodging will shut down during ceremony because the entire town participates (this really annoyed me one day because I had planned to surf but they wouldn’t rent me a board because of ceremony). Part of ceremony is a large procession through the town that often blocks the entire road.

The villagers spend the days leading up to ceremony coordinating and preparing the offerings. The offerings may be fruit, rice, money, incense, or other things depending on the temple and the celebration. The ceremony itself involves a parade of all the townspeople dressed in traditional garb, food, music, performances, and of course, offerings and prayers.

Every family also has several temples inside their family compound. The family compound is passed from generation to generation and you’ll find aunts/uncles/cousins all living there. On the northern side of the compound there is the Ka Mulon Mena temple. It is on the North to signify what our host Ayu describes as “where we are from…like the Mom.” She mentioned that North and East are sacred because the Sun comes up in the East and the water flows from the North off of the mountain.

There is also another temple in the compound that is for remembrance of ancestors. When a family member dies, the family lays the body in this temple until the day comes that the local high priest designates as a “good day” (A day that is spiritually right for the spirit to be freed from the body). While the body rests in the family compound, the rest of the town takes shifts coming over to check on the family and keep them entertained. When the good day comes, the community gathers and puts the body into a constructed tower for transport and later cremation. They travel to the temple of the dead and cremate the body. This ceremony is often lavish to celebrate the spirit becoming a god.

You can’t go more than 100 yards in Bali without seeing a temple (some, we’d consider to be more like shrines). They are all very ornate, while often rustic as well. Many times a day, we’ll pass villagers carrying trays of offerings (a banana leaf folded into a small square container with flowers, fruit, and incense inside) and offering prayers near a temple.

We’ve been blown away by the dedication of the community to each other and to their religious observance. It’s impressive to see so many important values imbedded deeply into their lifestyle. 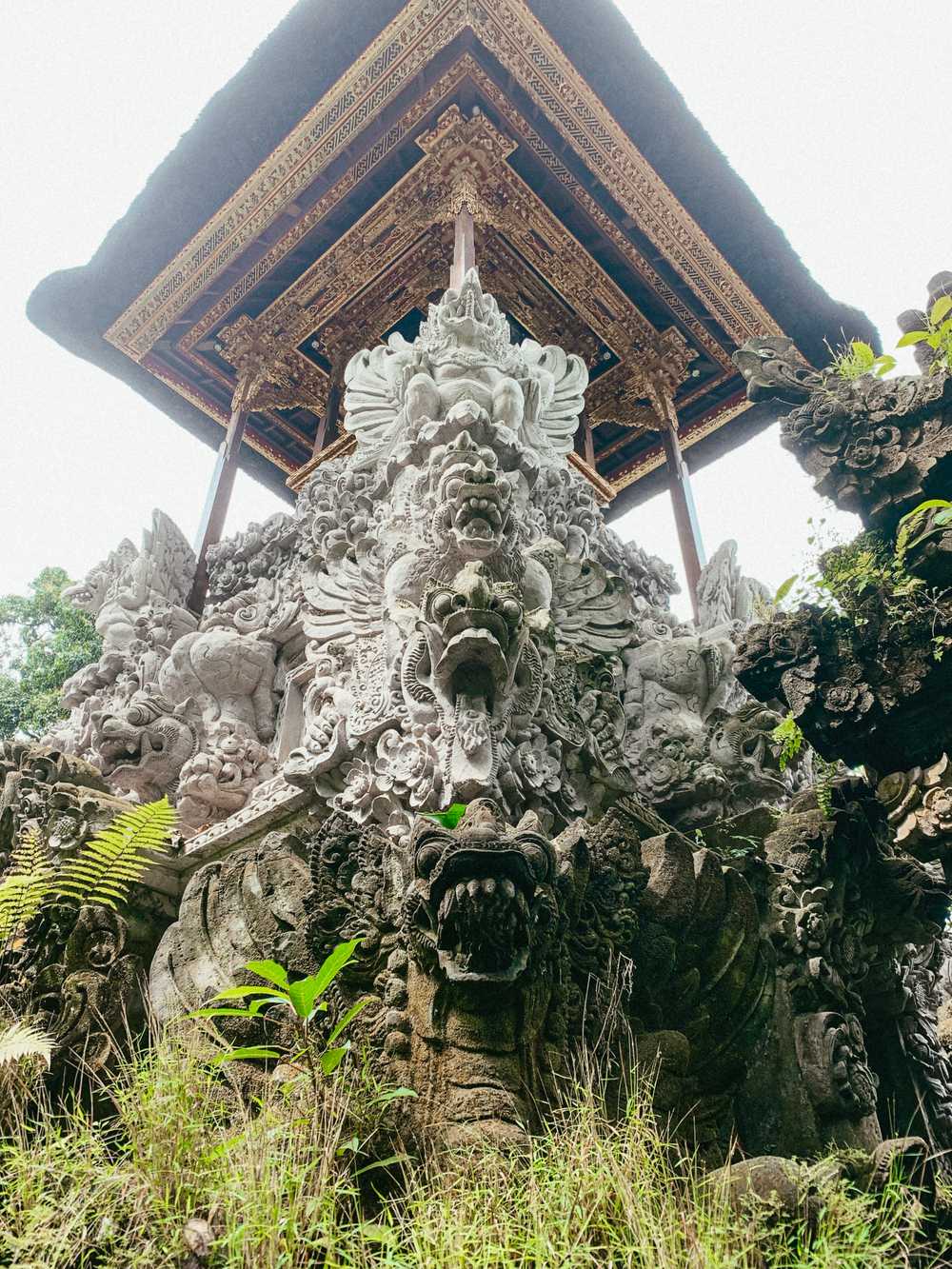 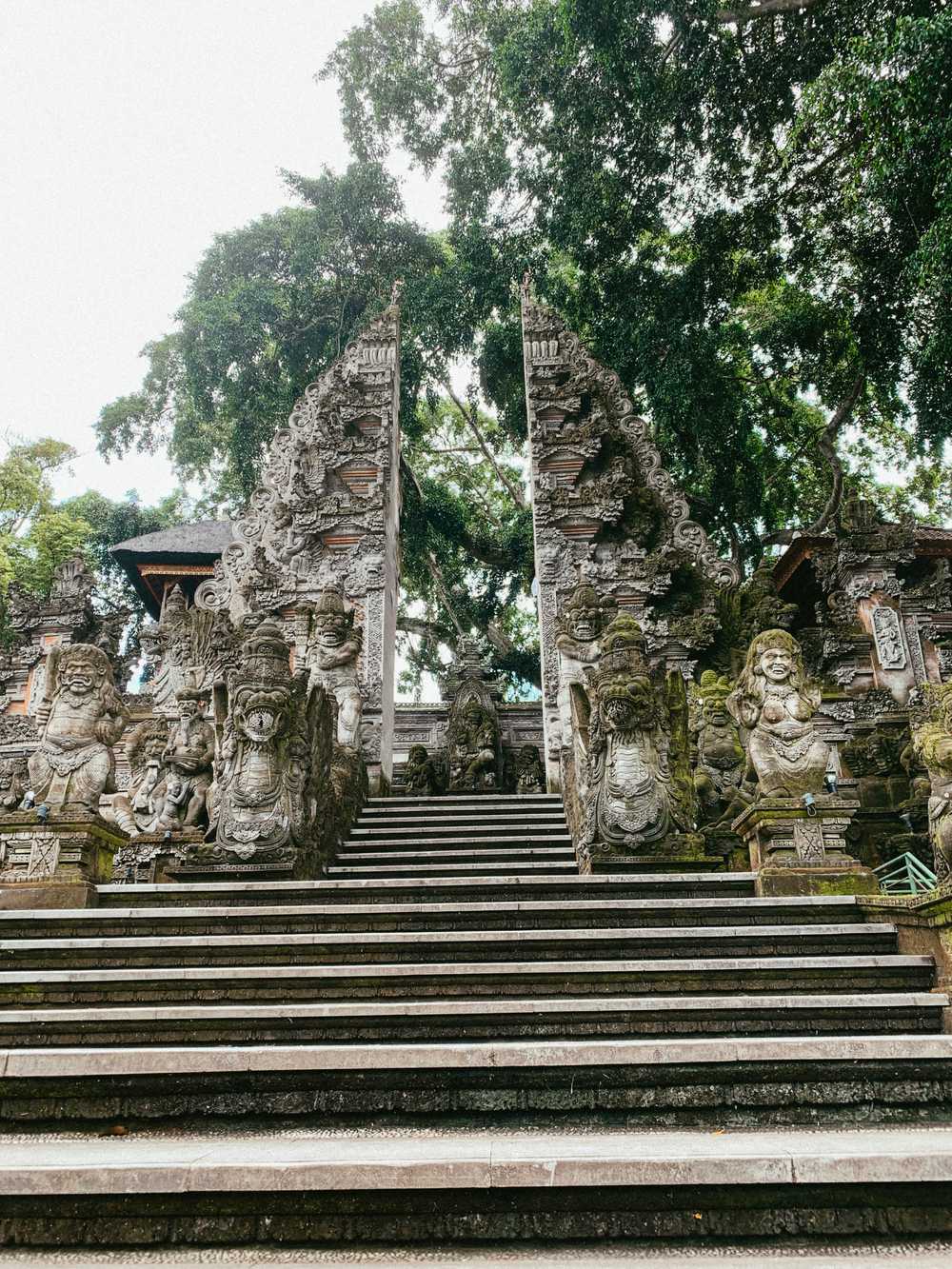 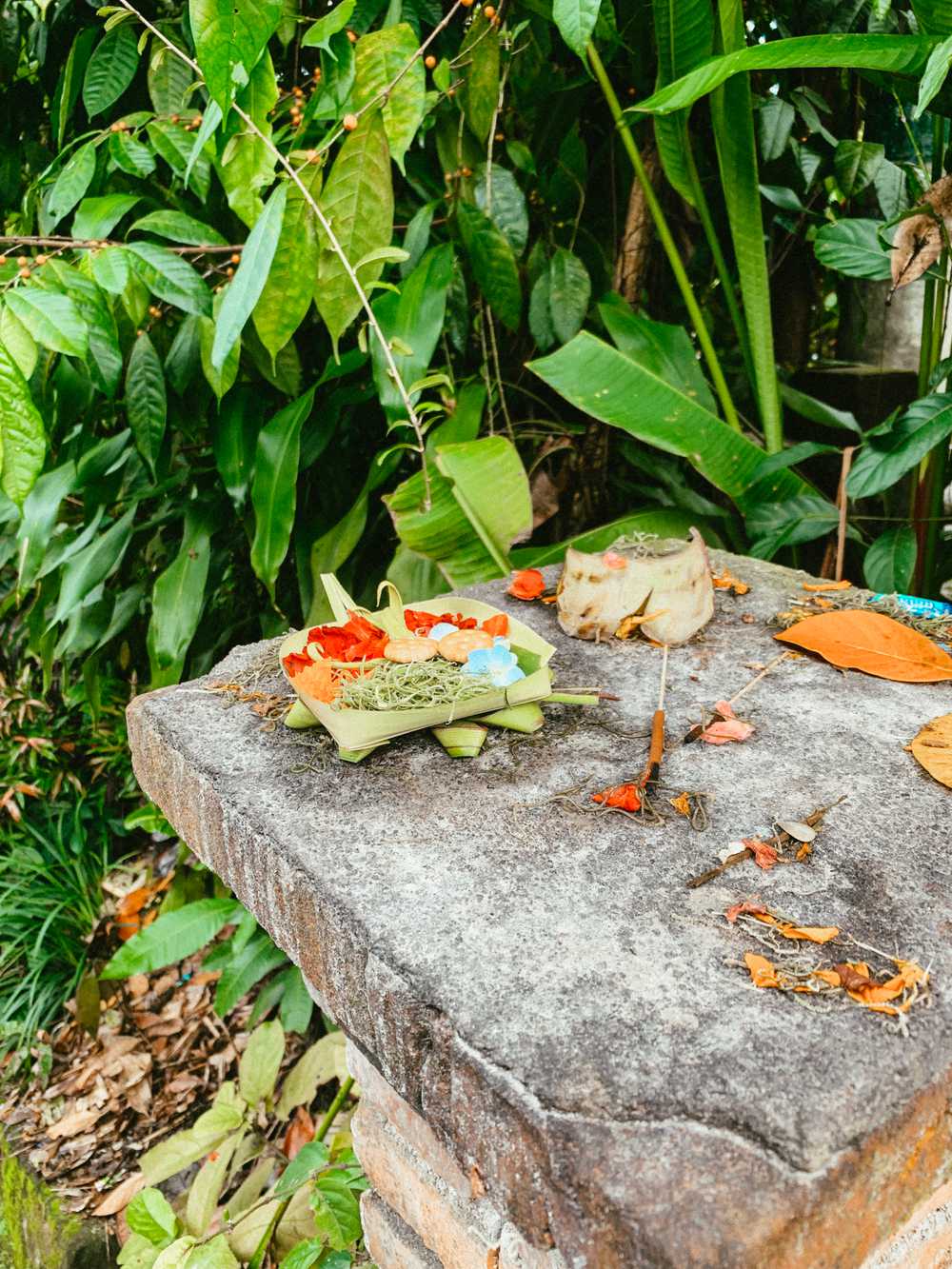 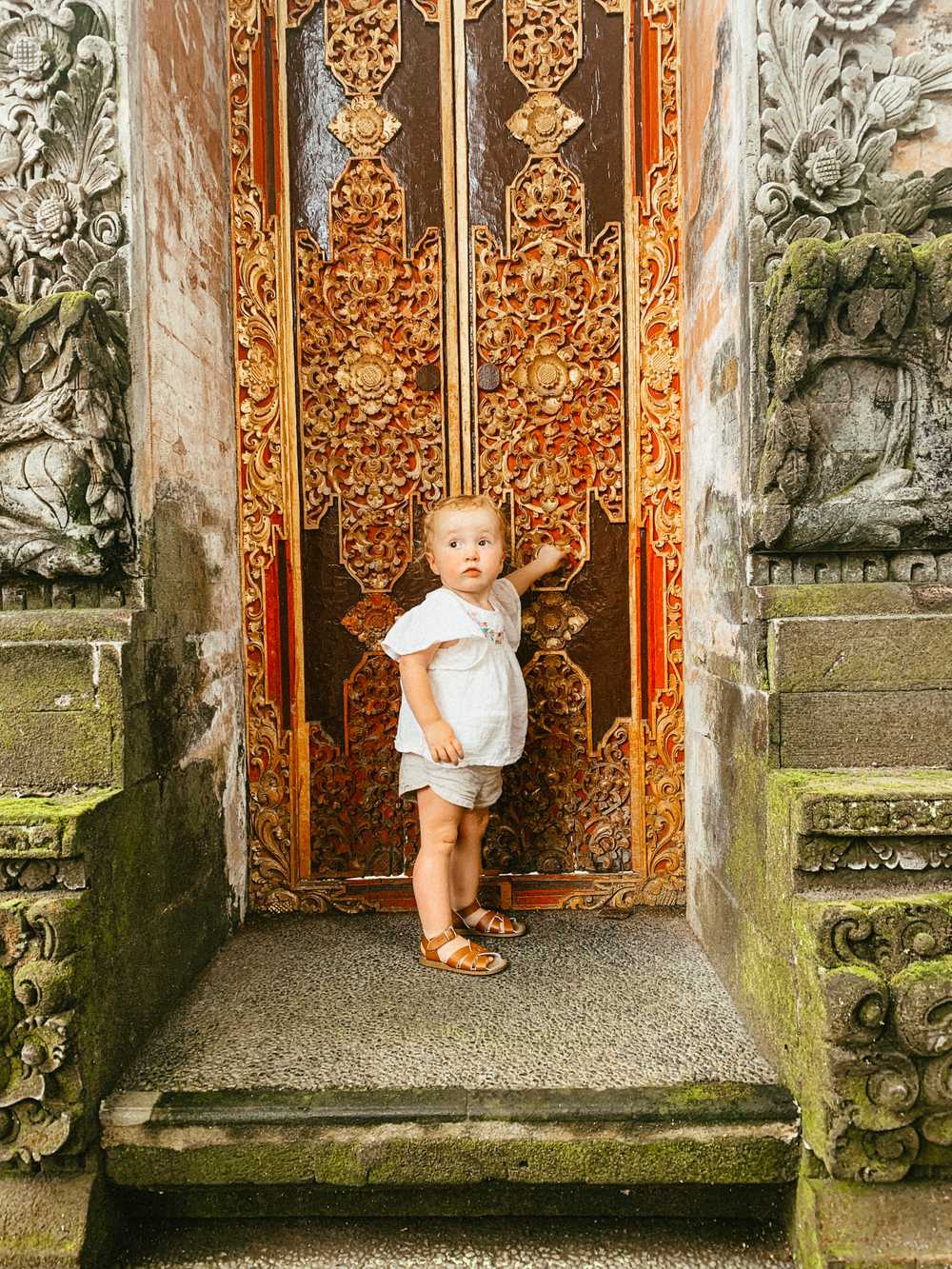 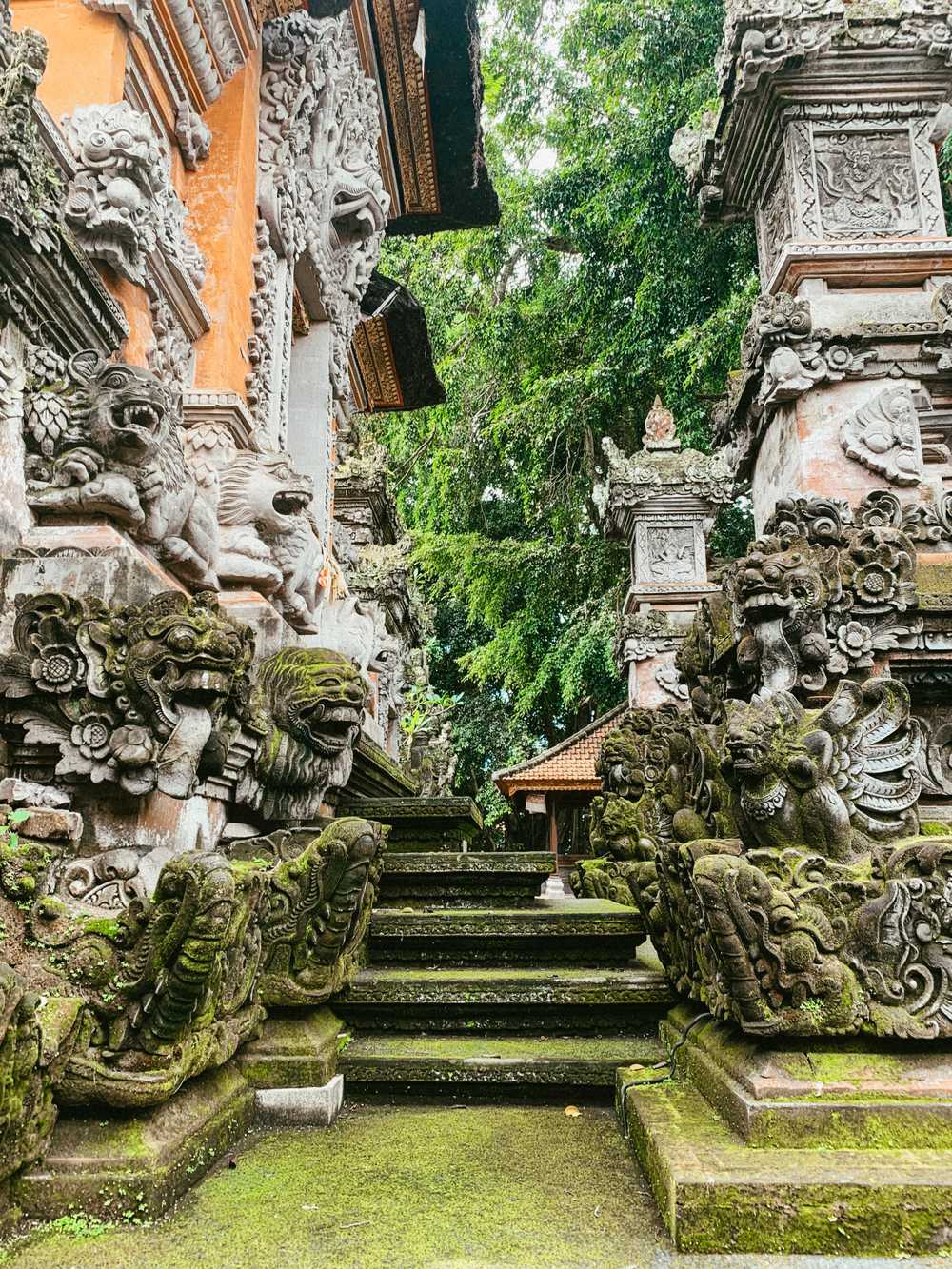 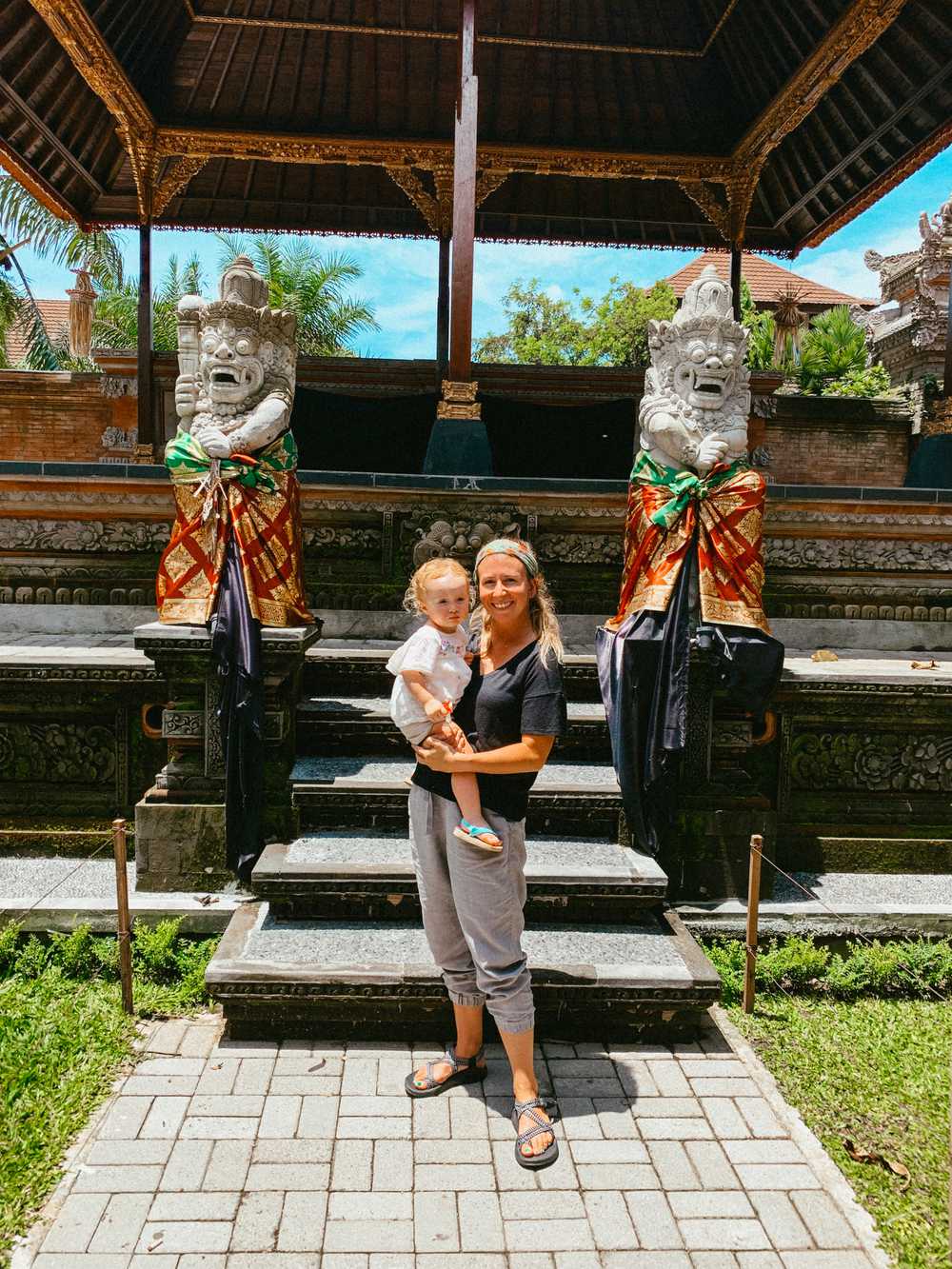 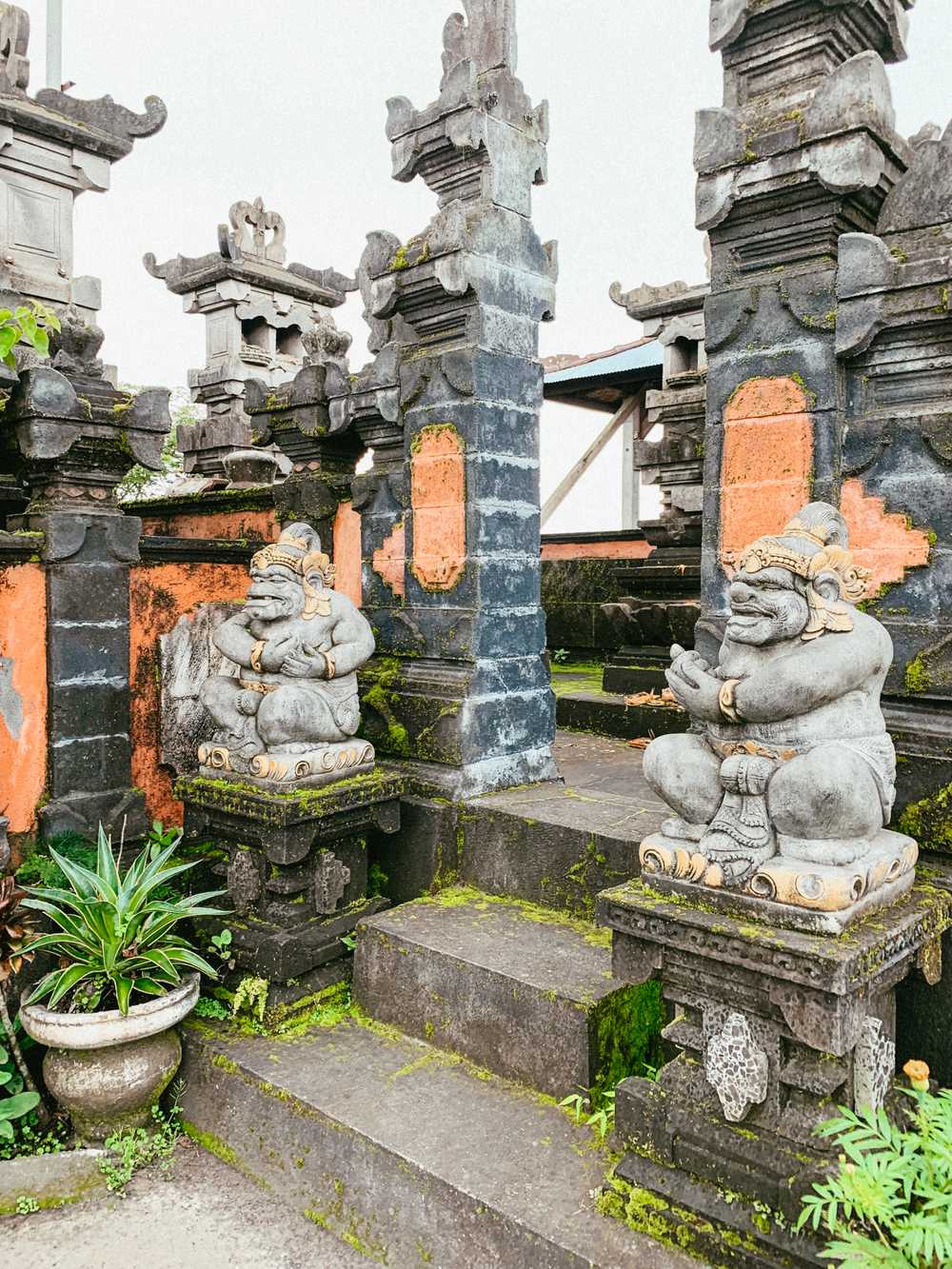 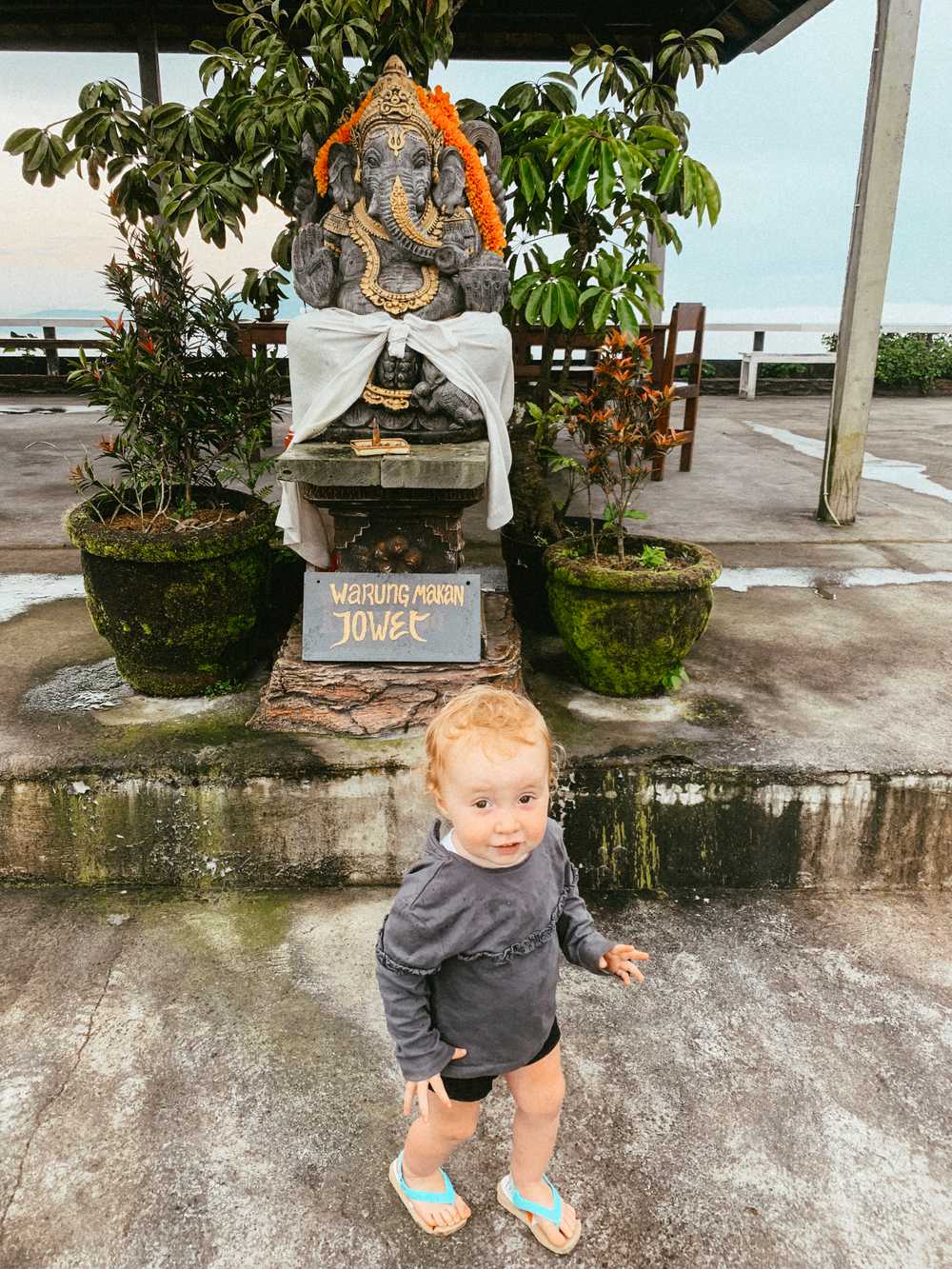 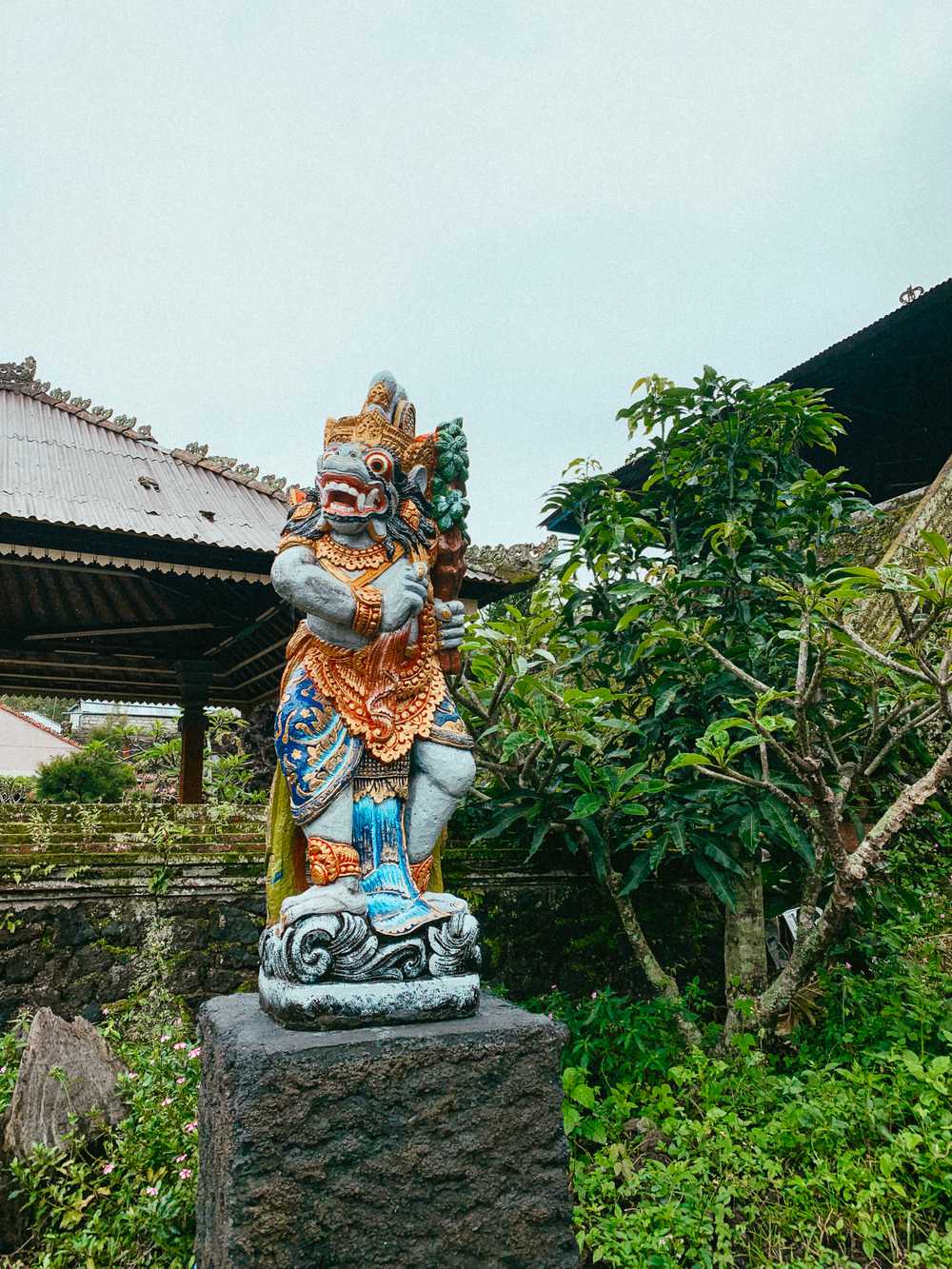 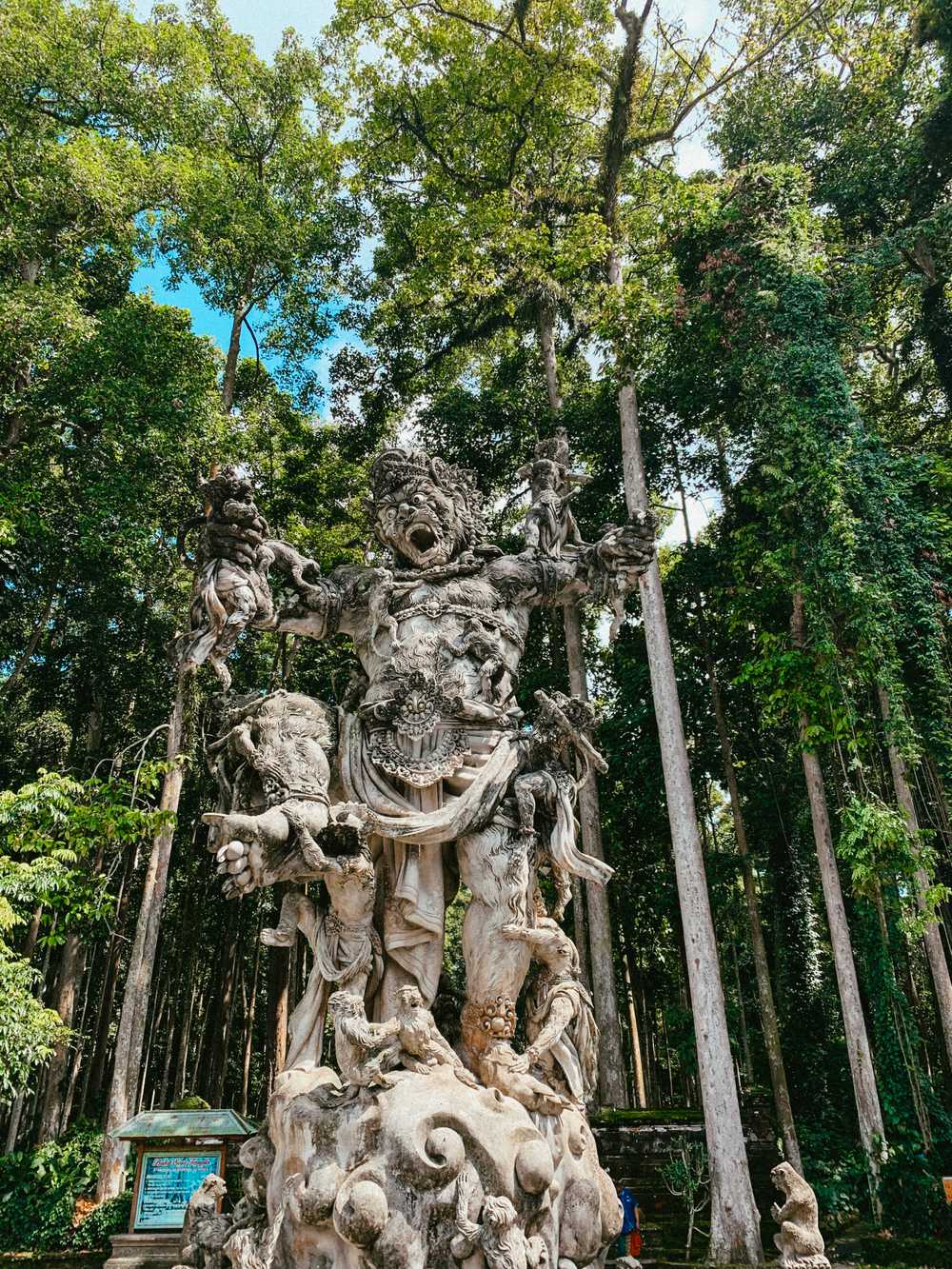 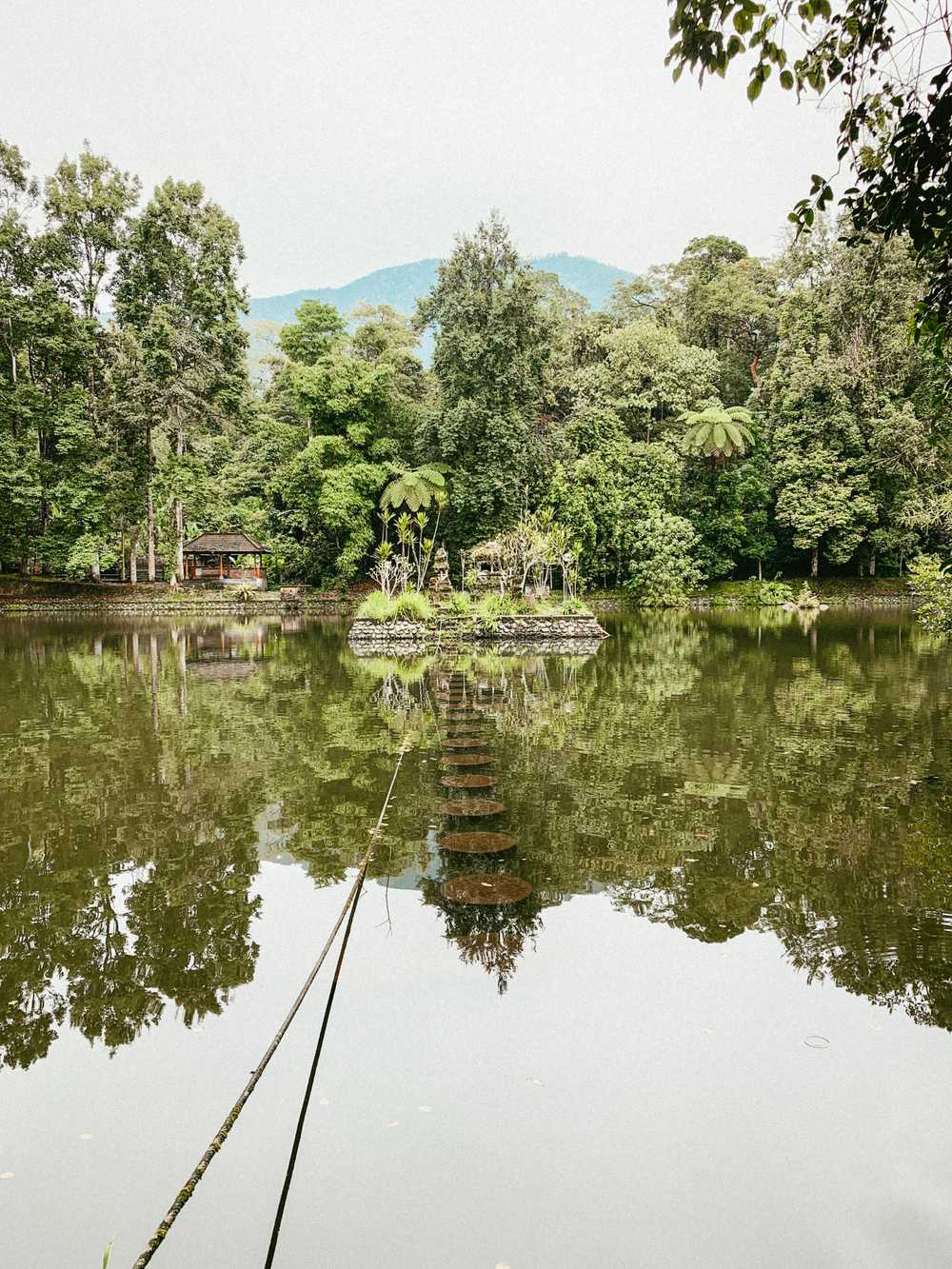 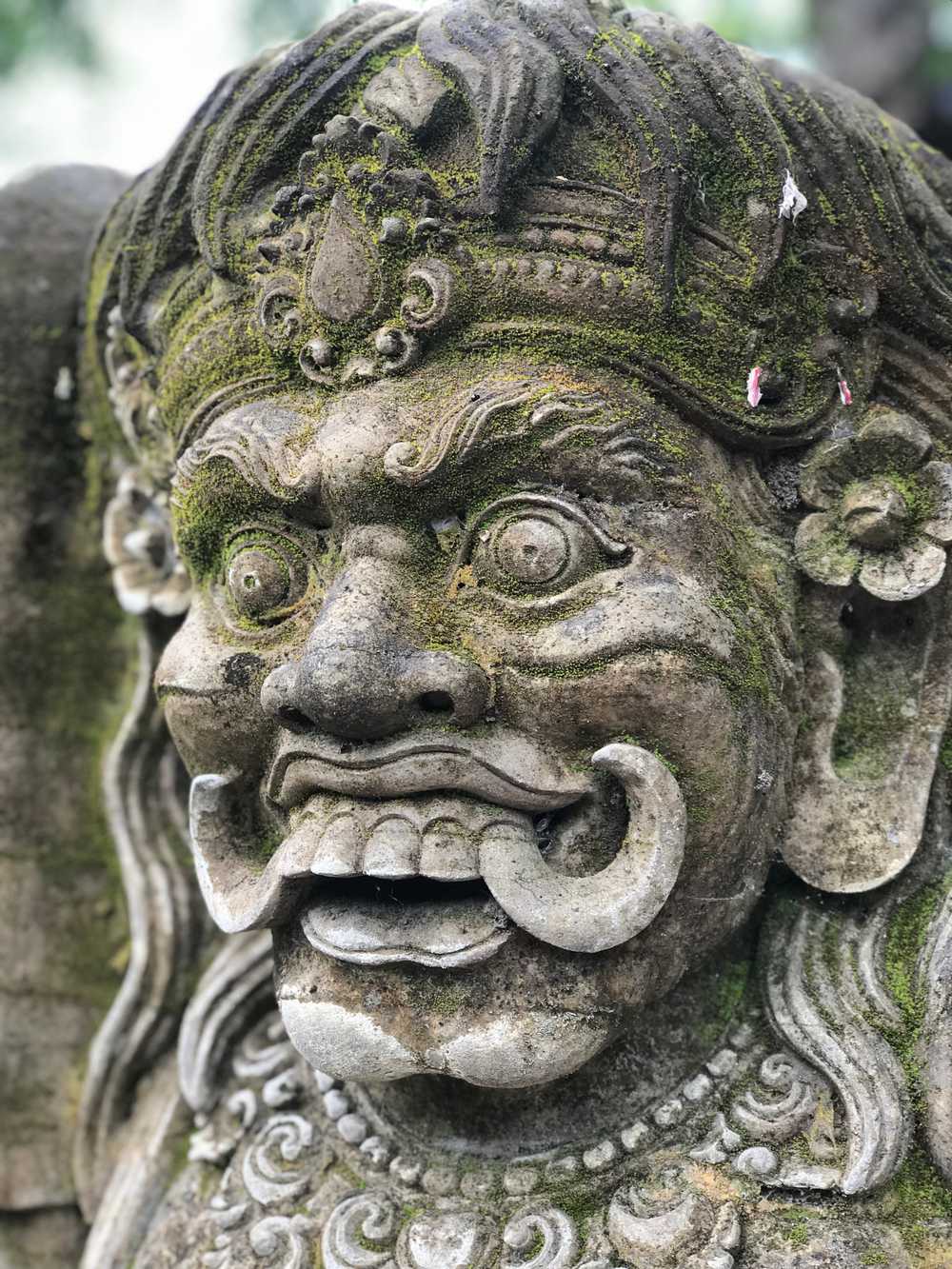 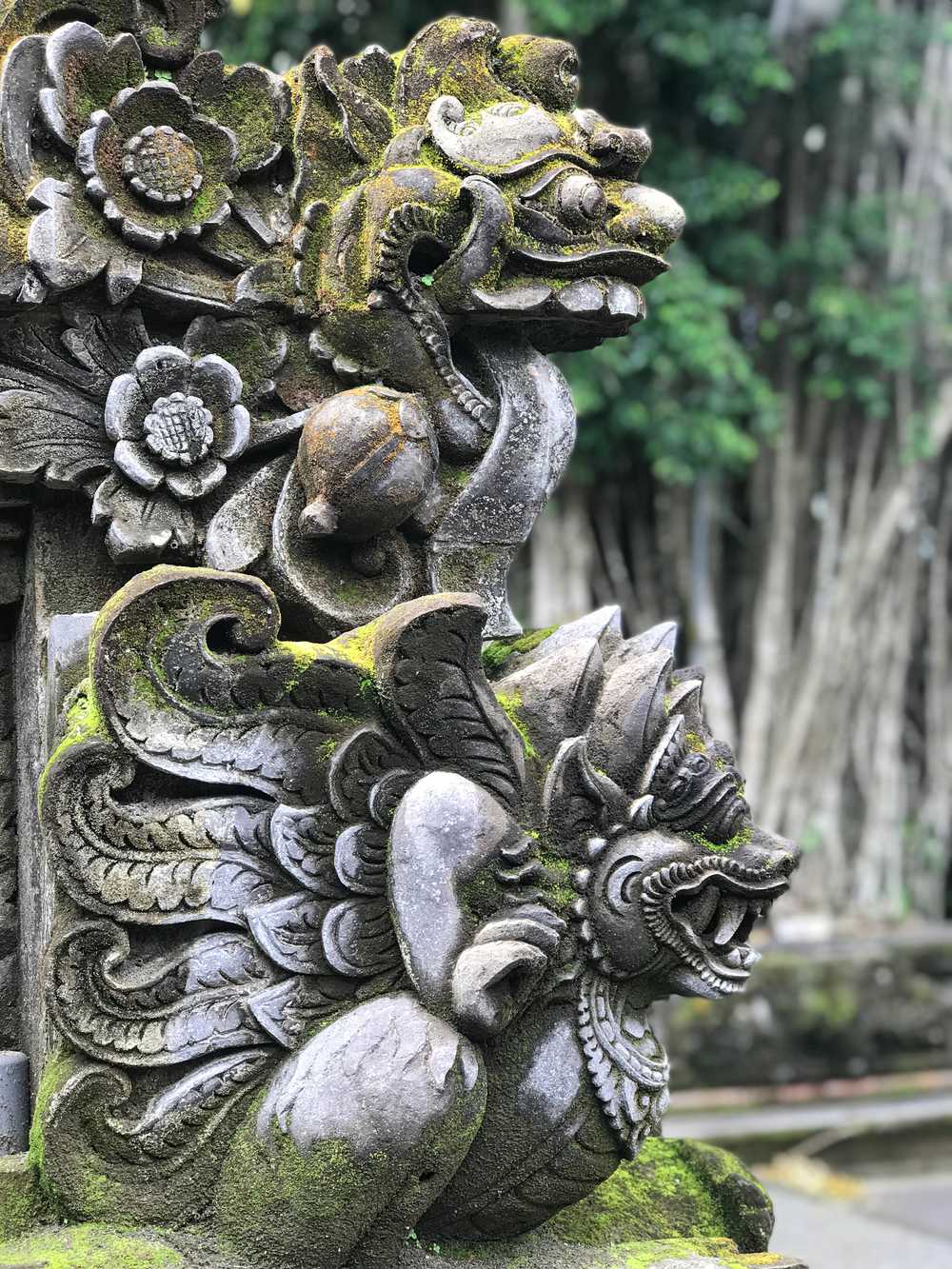