Day One in Singapore

We decided we planned too much time in Bali so we went to Singapore.

And we are SO happy to be here! I am surprised how refreshing it feels to be here in Singapore. We flew here yesterday morning, and even though it wasn’t a long flight, it felt like a LONG travel day. Stella didn’t sleep the night before (and so neither did I) because she has a cough. We left super early in the morning and she was somewhat pleasant but she screamed a lot on our flight until she fell asleep. Just a little reminder that everyone has bad days and traveling can be pretty challenging. Also I wasn’t able to stock our carry-on backpack like I usually do with certain snacks and treats because we were coming from Bali and all we could buy there were Snickers bars and Pringles. We made it in one piece but Stella continued to cry as we got our bags and she screamed for most of the taxi ride to our hotel. We took a nap and then explored a bit of Chinatown and it was a very cool area! We want to go back later this week.

Stella got a full night’s sleep last night (thanks to our hotel for having a real baby travel crib!!!)

— Side story: The one our host gave us in Bali scared us off for a while using baby cots that didn’t look one million percent clean… basically we put Stella’s blanket and stuffed animals in the baby cot, and then the next time I went to move the animals around a giant cockroach scurried away IN THE CRIB. Abe killed not one but TWO cockroaches (which he only told me there was one but it accidentally slipped the next day when we were talking about it and he used the term “the cockroach and his friend”…). We’ve been sharing a bed with Stella if our hotel room/place we are staying doesn’t have two beds or a baby cot that is completely cockroach free. It was a nice change for Stella to have her own space and I think that’s why she slept so well.

We went to breakfast this morning since our hotel stay doesn’t include breakfast here and it was so delicious and family friendly! They had baby toys at the tables and it was perfect for Stella. We saw so many families out for breakfast! We went to church and then took a cab to explore Little India which was way cool. It was pretty crowded and kind of intense but some really pretty murals and we had some good Indian food.

We walked to Arab street where all the fabric and rug stores are and Stella fell asleep in the stroller. Not totally a win because it was blazing hot outside and we were wanting to make it to the hotel for a nap, and there was like a 5 percent chance she would transfer from the stroller to the cab to the hotel, but it was okay. We tried getting back to the hotel for a nap but Stella wasn’t interested when she woke up back at the hotel. So we took some time to cool off and regroup.

We decided to go to the SEA Aquarium on Sentosa island and it was AMAZING. We all loved it. It was crowded but by far the best aquarium I’ve ever seen. Abe and I were talking and saying that usually aquariums have one big tank, but this one had 5 huge tanks! We had a great experience exploring and Stella loves the fish/ sea creatures, so this visit was a huge success.

The aquarium is in a part of Singapore called Sentosa Island and it is really clean and nice. It is very commercial and toursity, but it is huge, it’s probably what people would describe as “not real Singapore” haha. They have the aquarium there and a Universal Studios, and a bunch of other attractions. There are a lot of food options too, as well as a Hershey’s Chocolate store and another huge candy store. They have several M&M figure statues and some other characters Stella loved saying hi to and giving hugs to. Outside there are all of these fountain splash pads and Stella had a blast running around in them. She got totally soaked. She attracted a lot of attention and there were a lot of people watching her run around and play. She’s gotten her picture taken several times with random tourists (usually Asians). We did have her swimsuit with us, but neither Abe or I were convinced she was actually going to get wet… and we were very wrong. We changed her into her swimsuit for the cab ride home haha.

A bunch of pictures below from day one in Singapore! 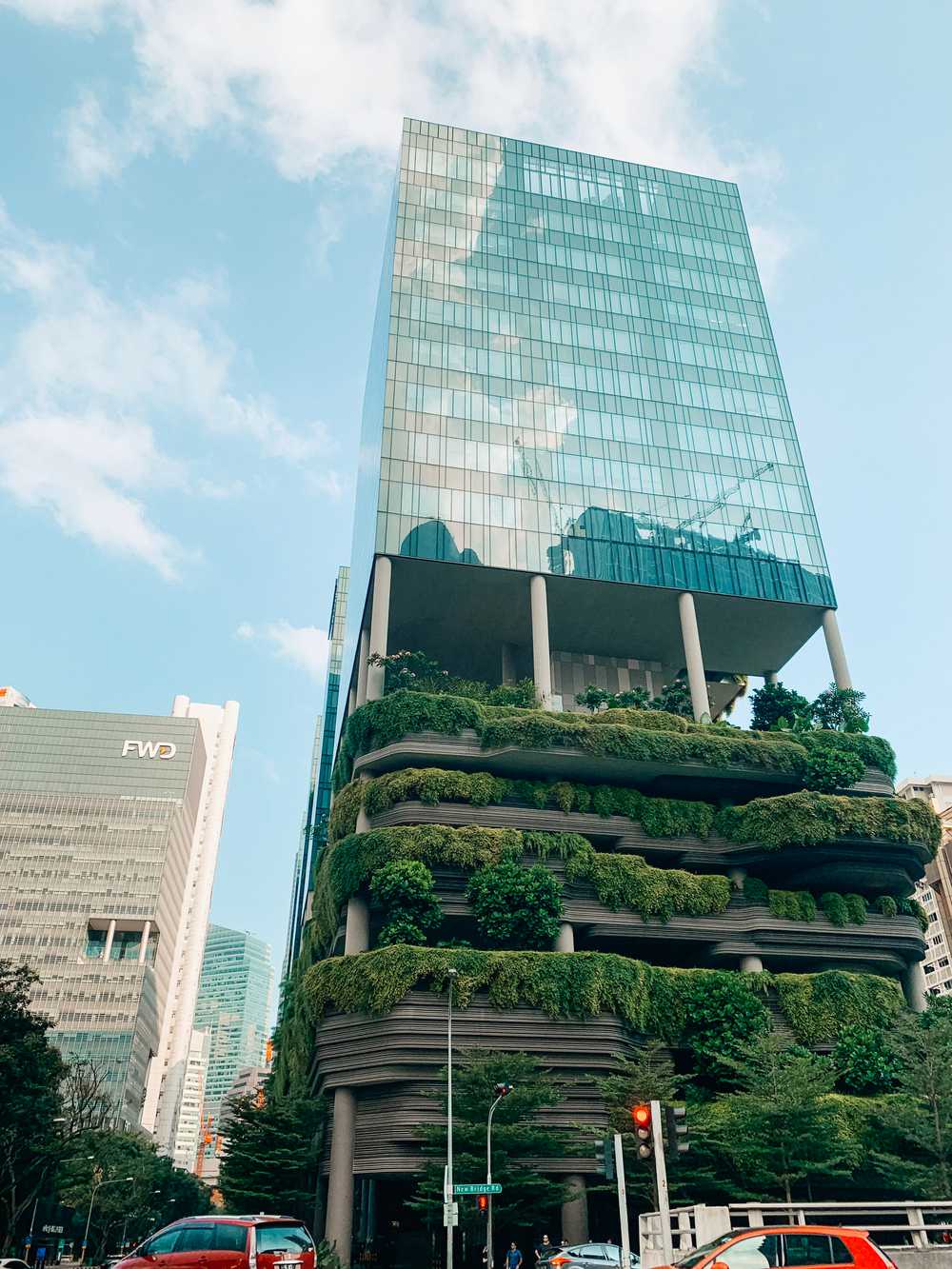 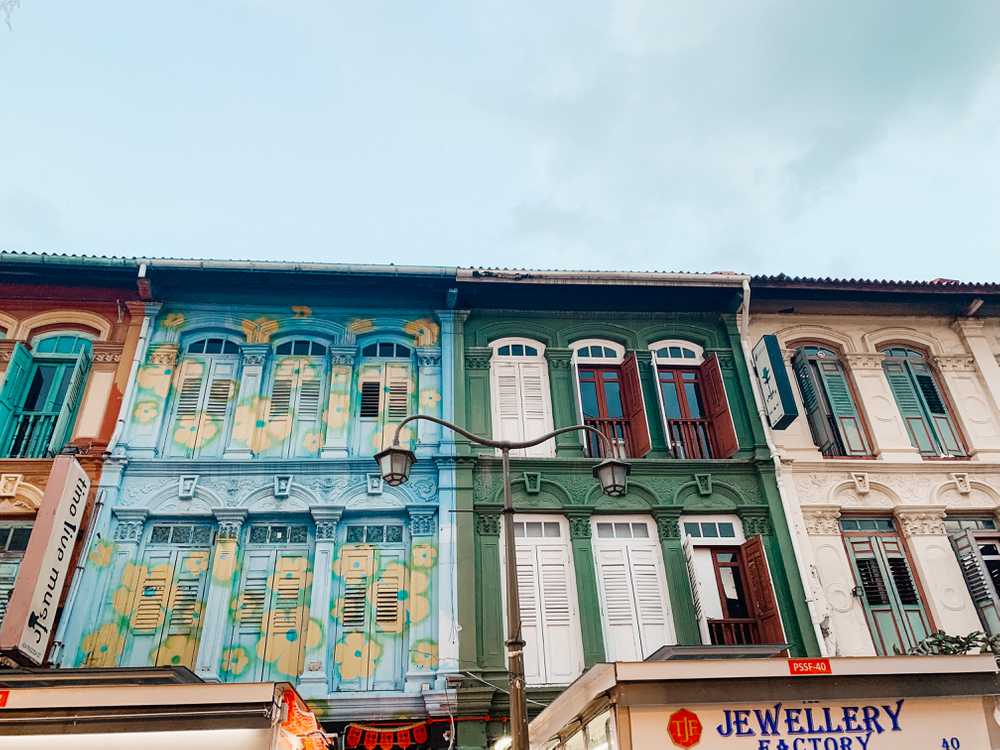 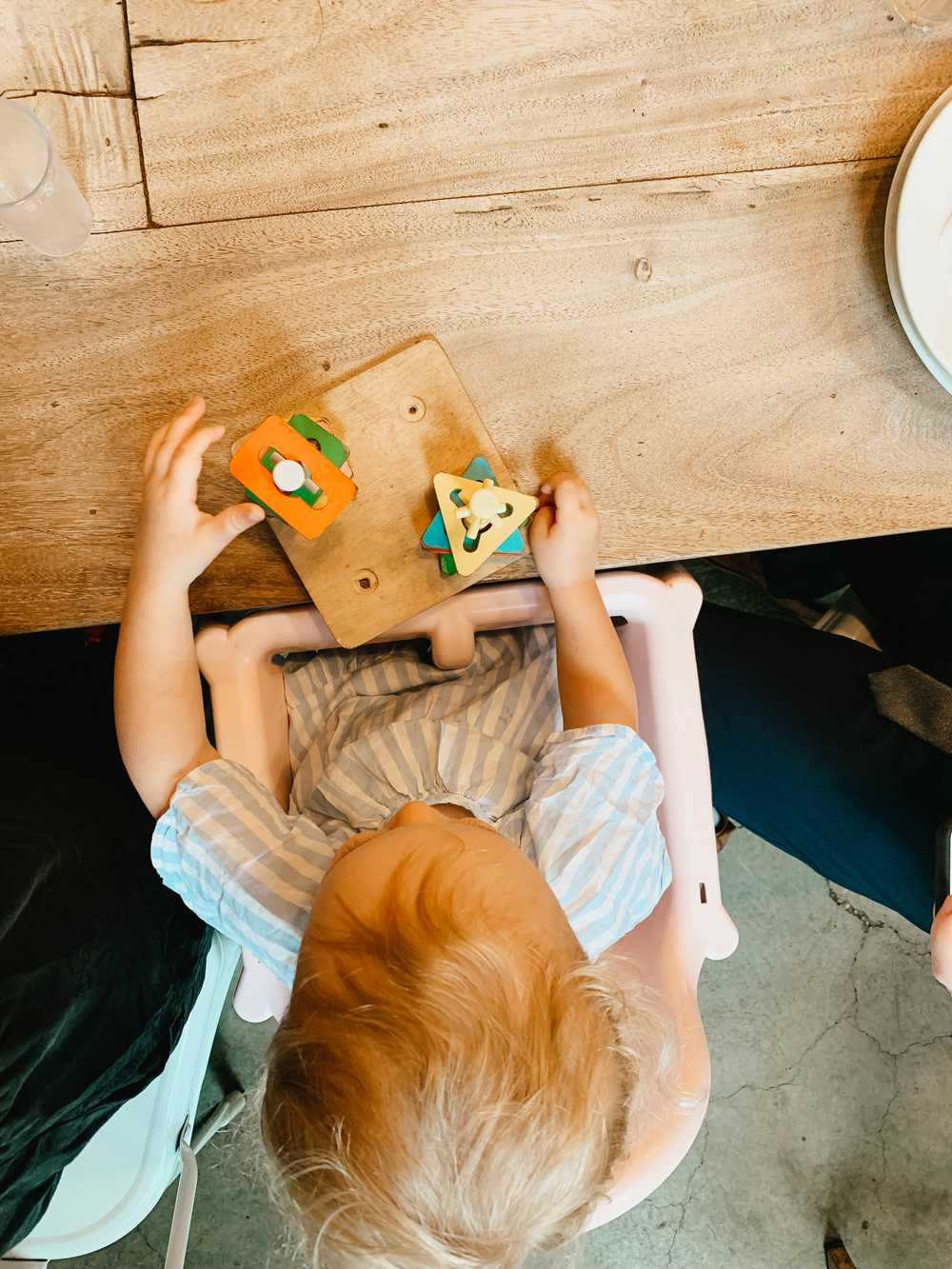 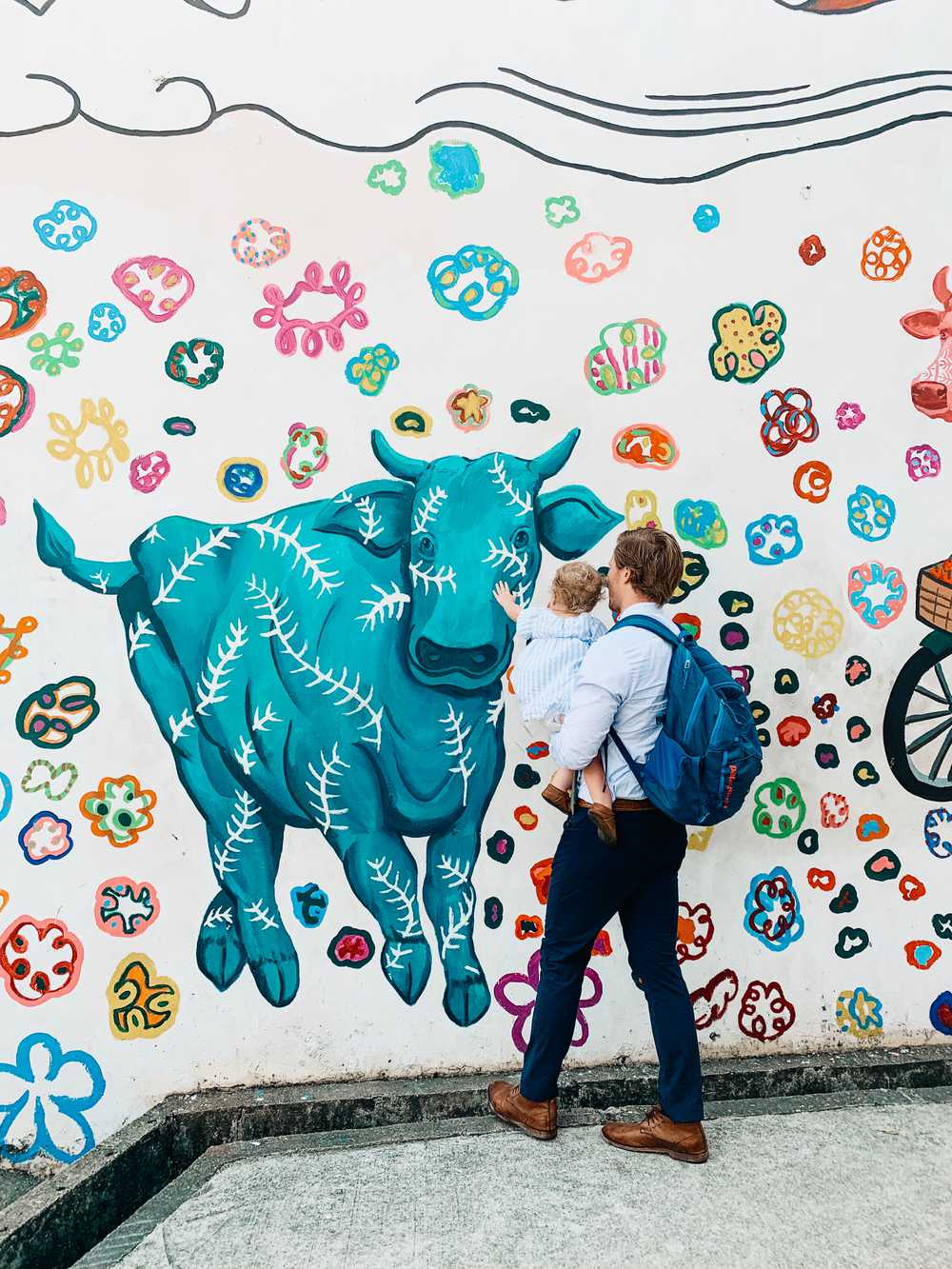 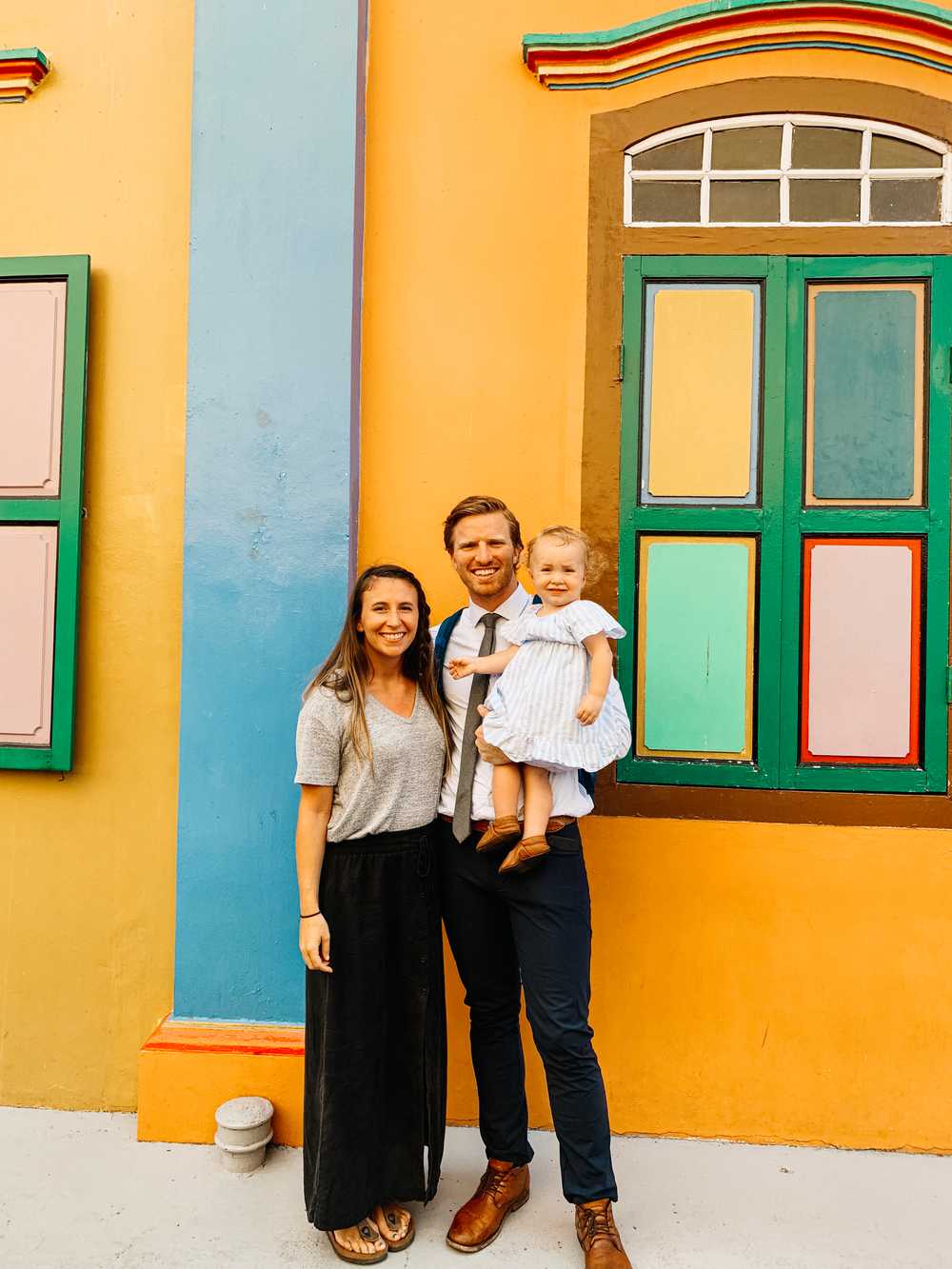 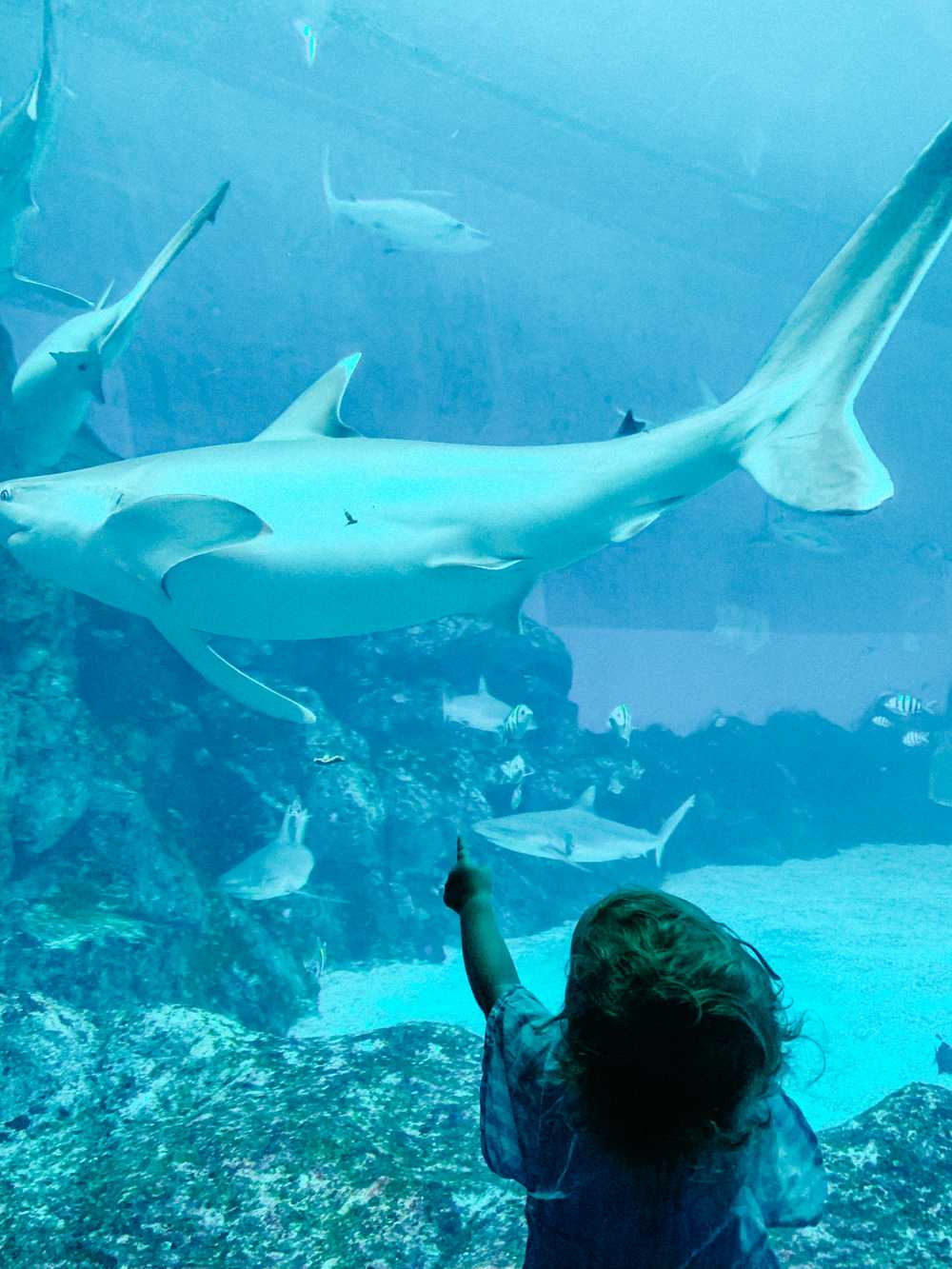 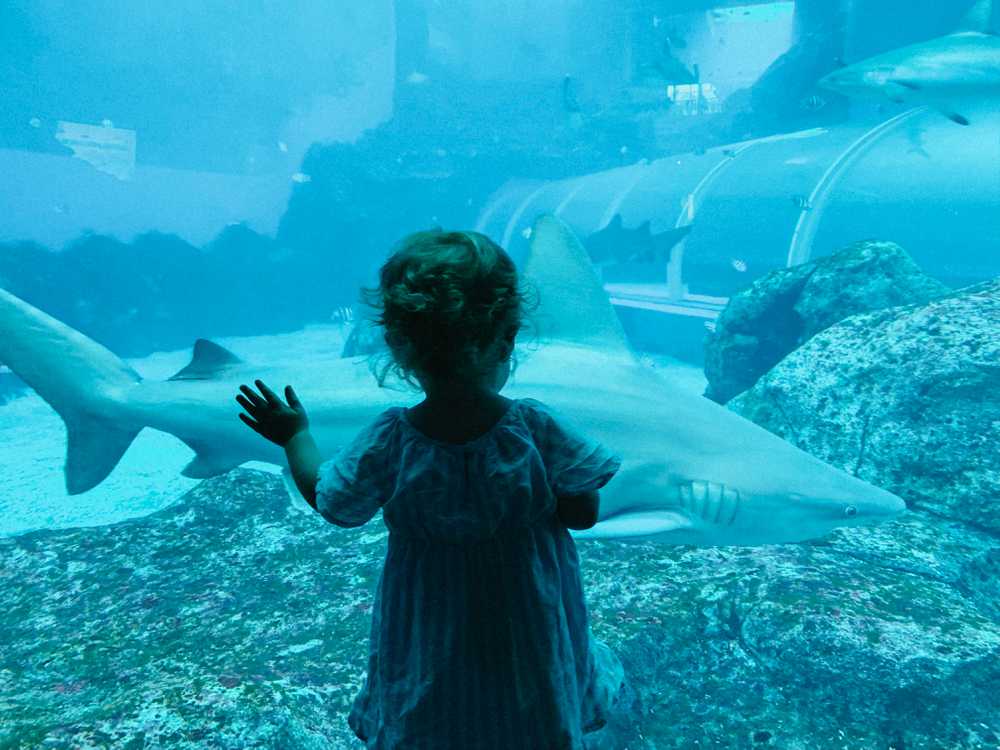 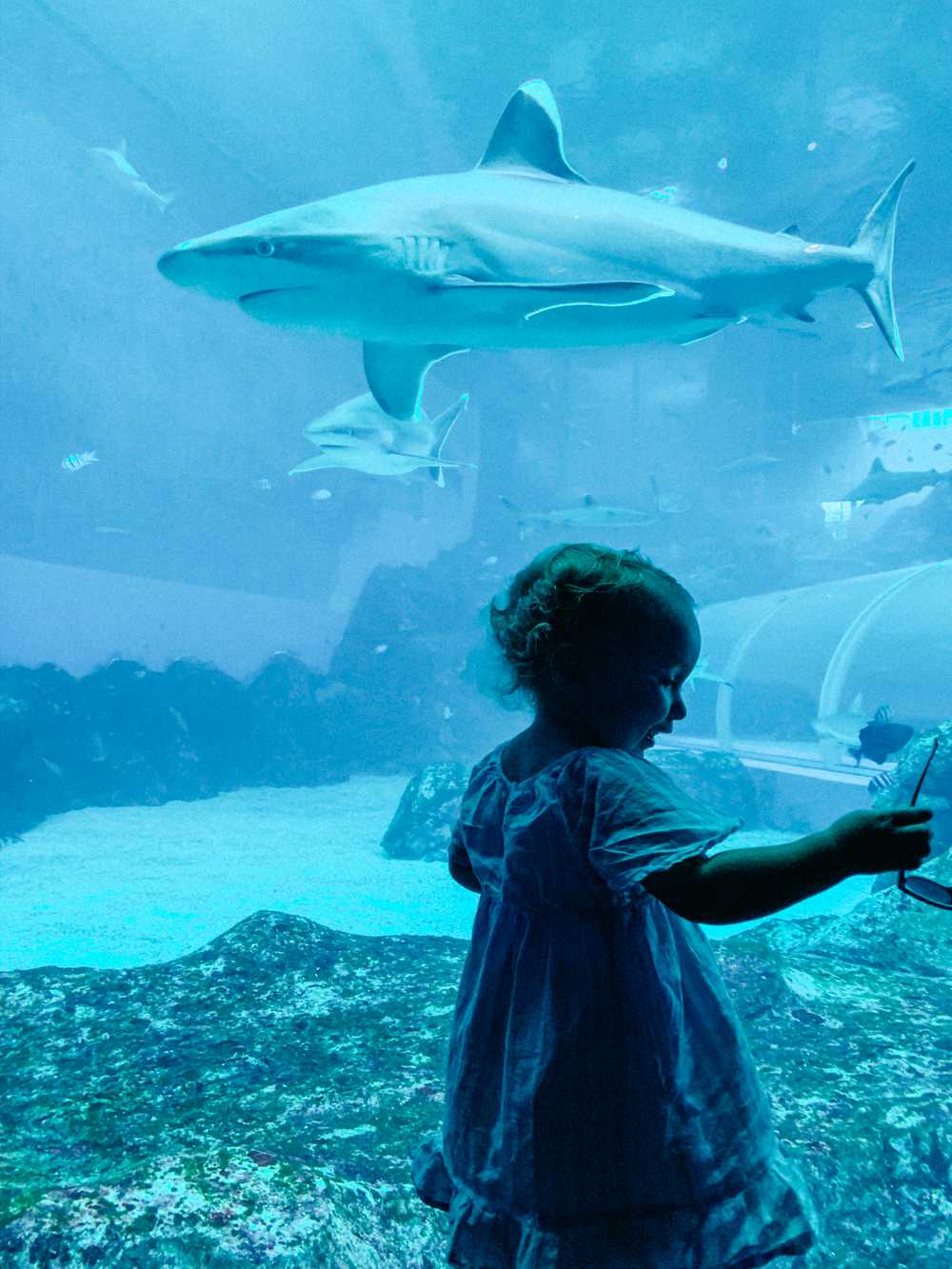 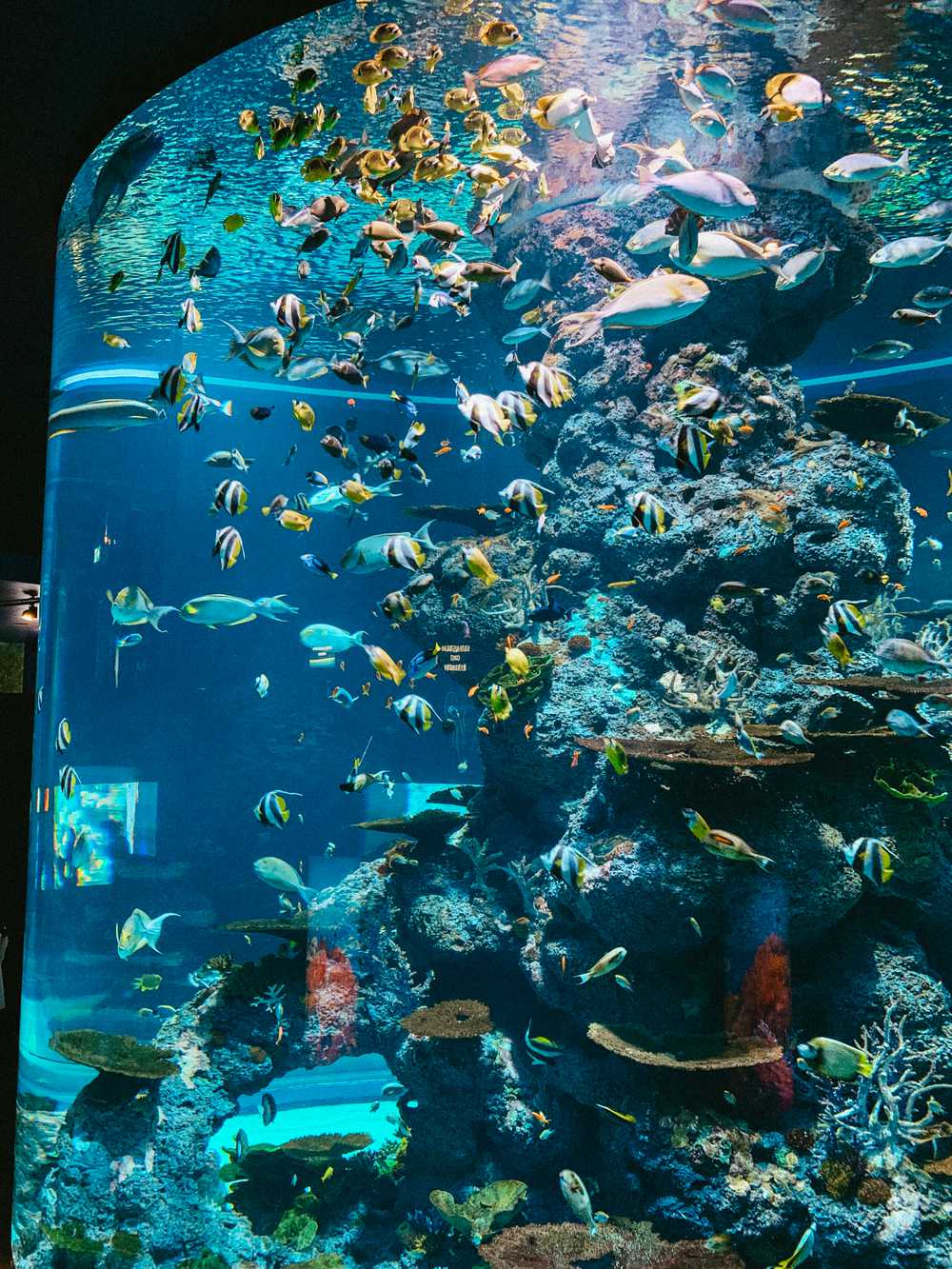 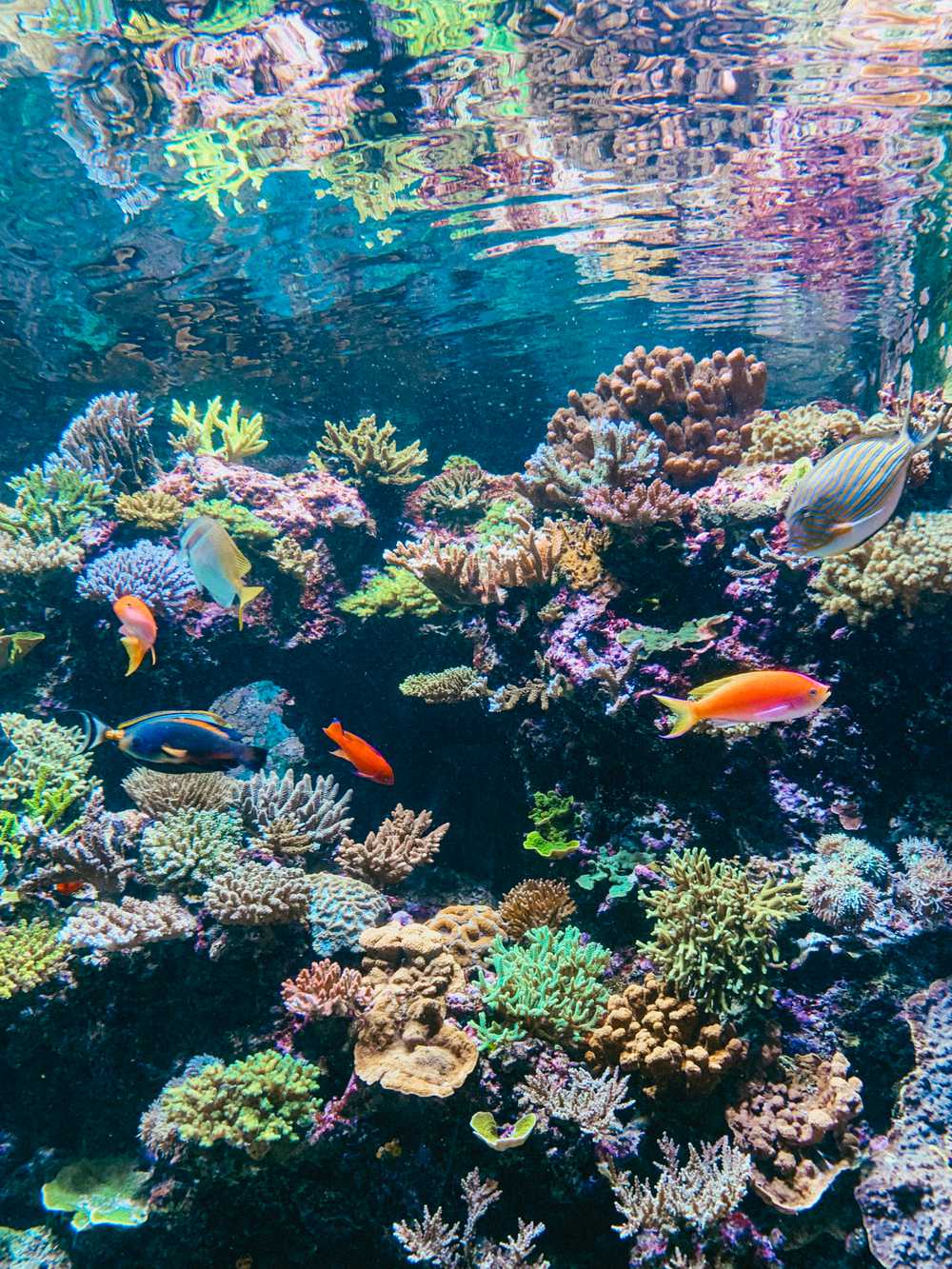 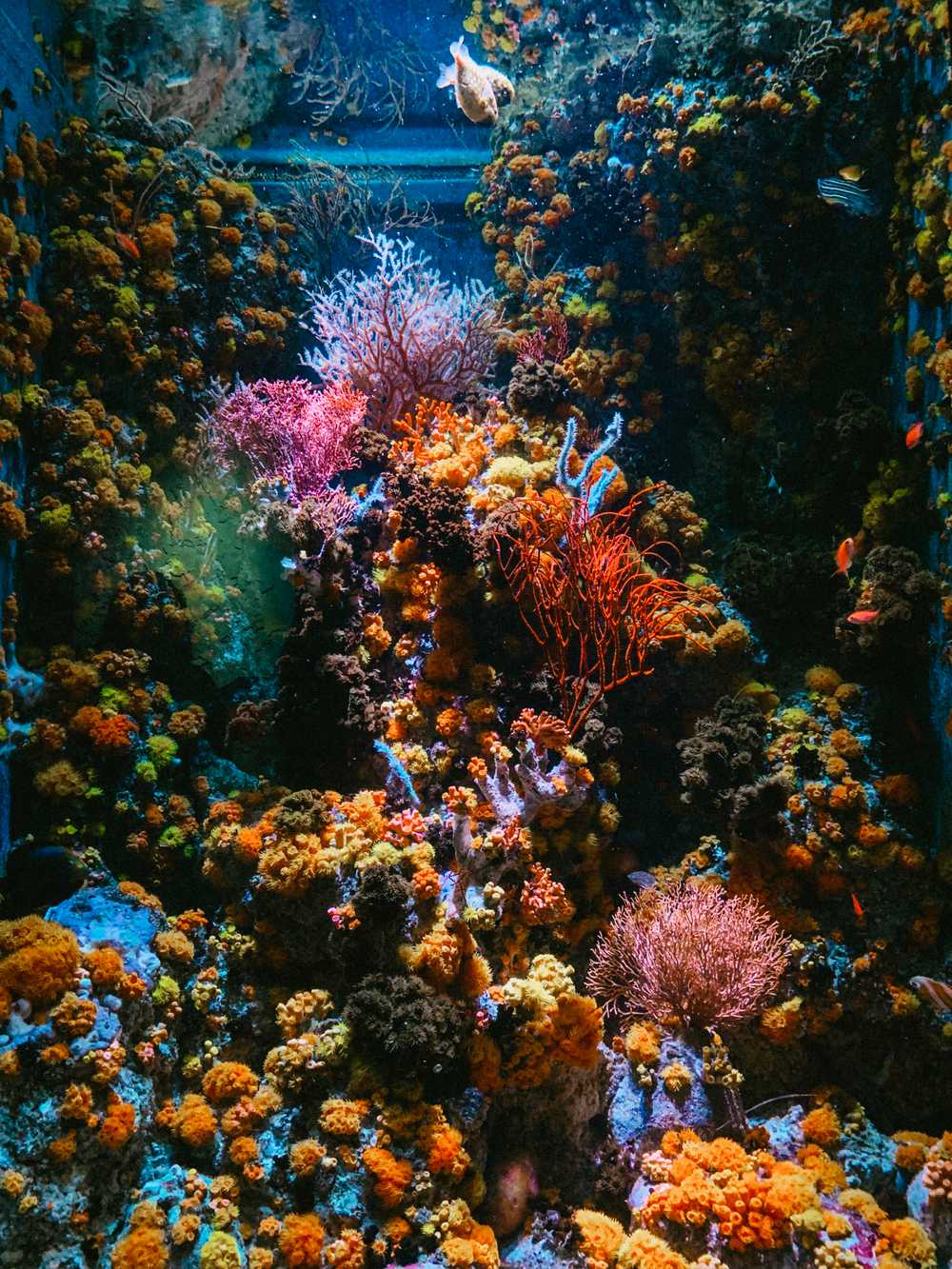 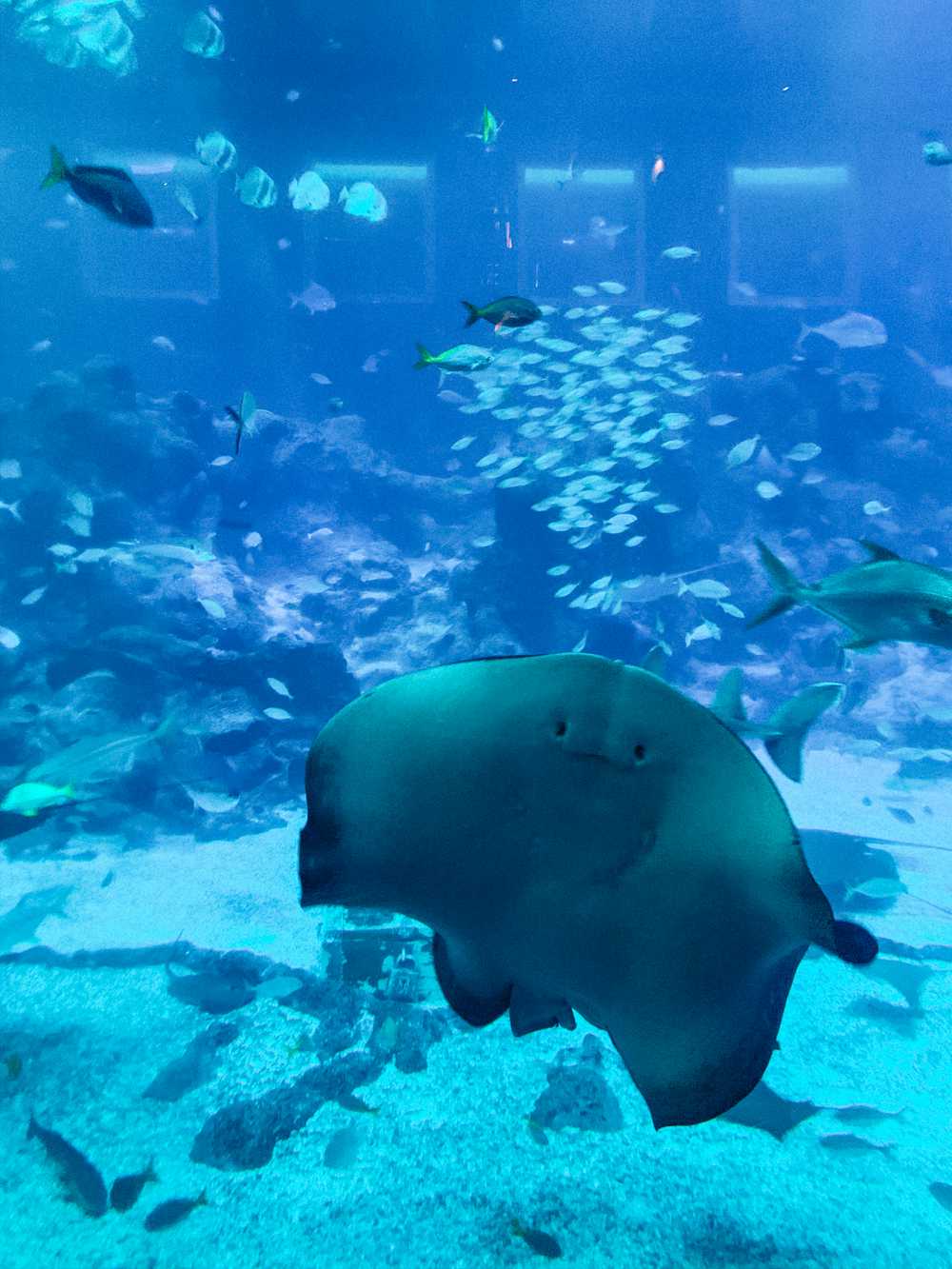 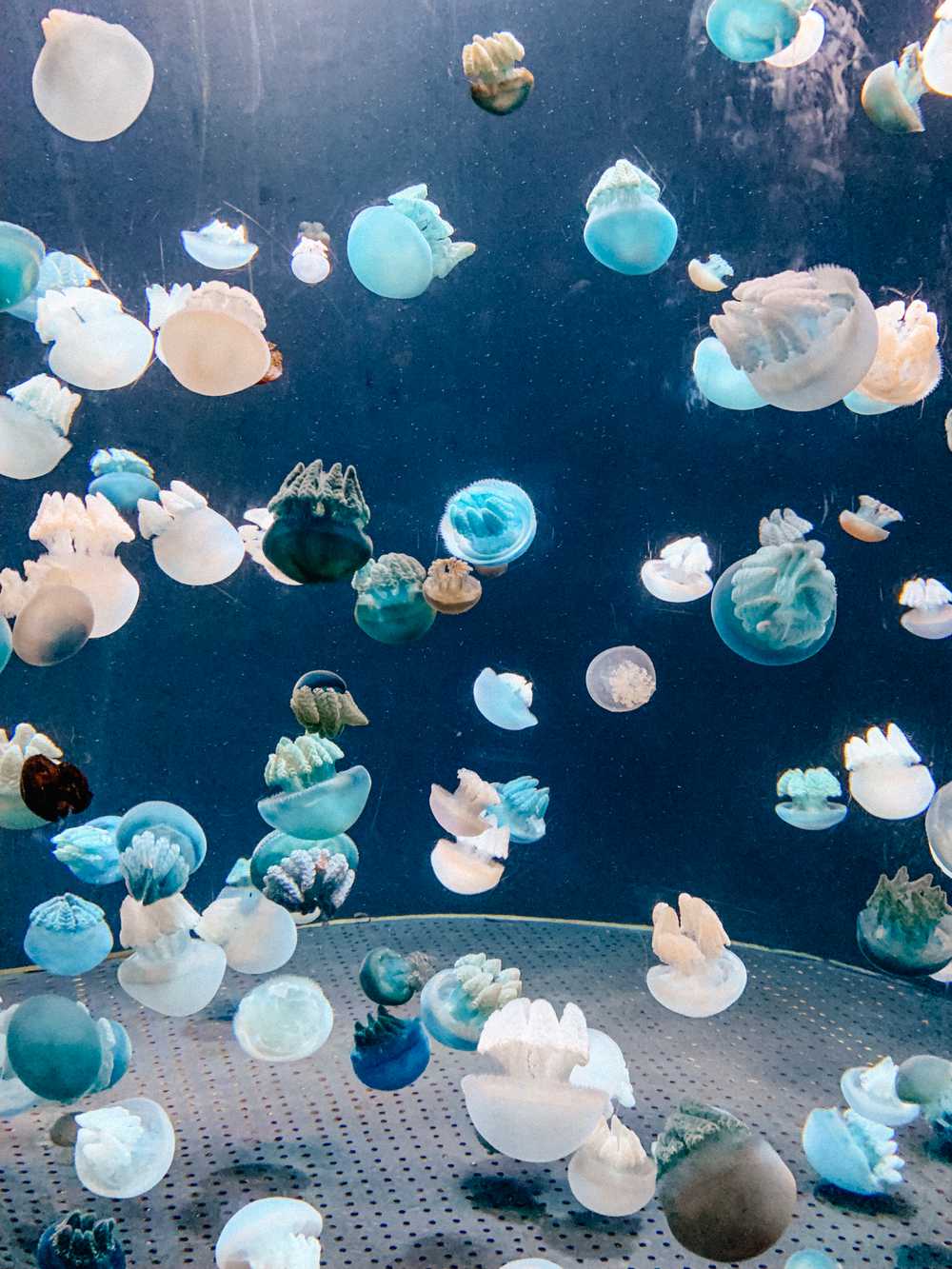 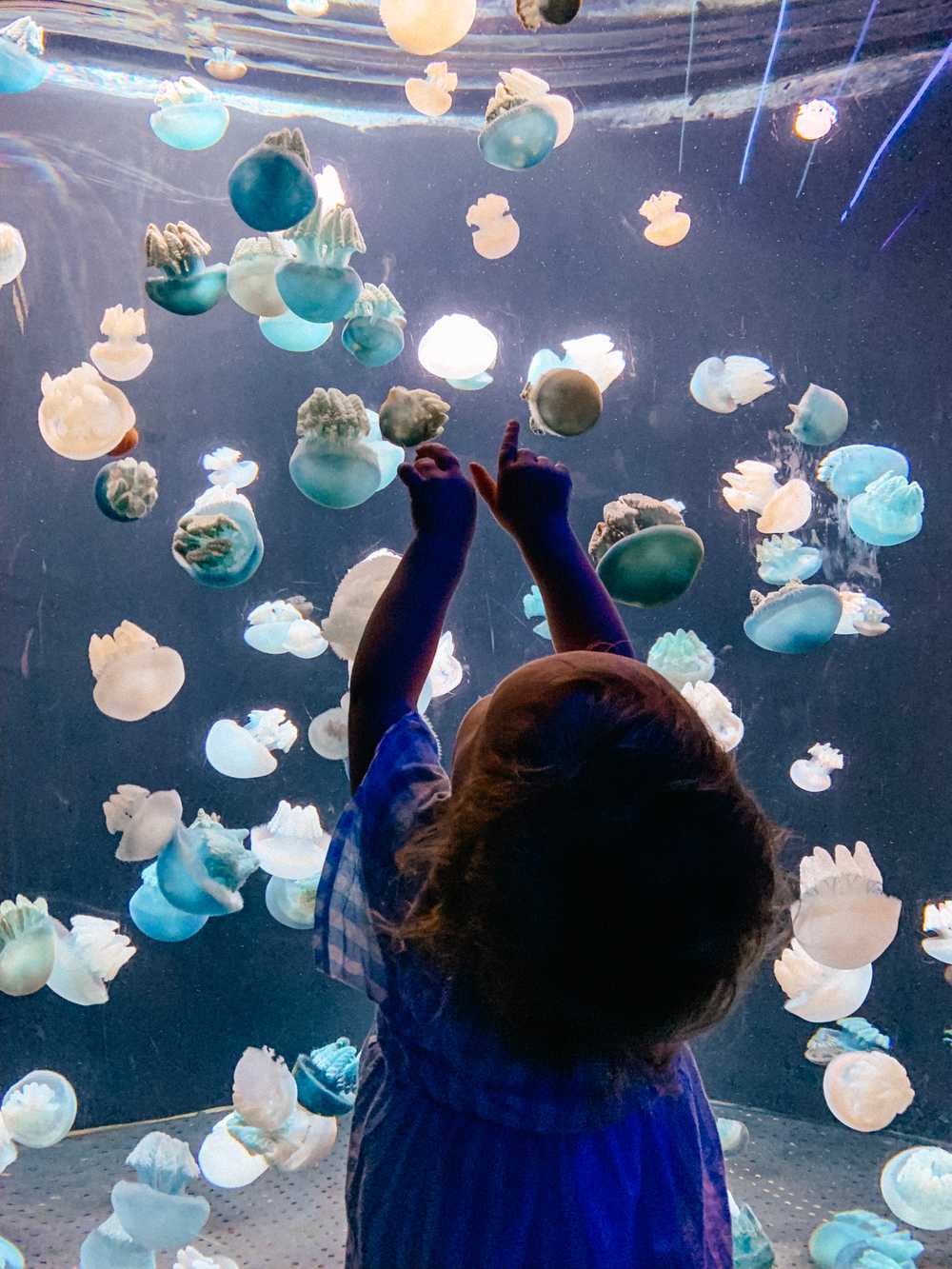 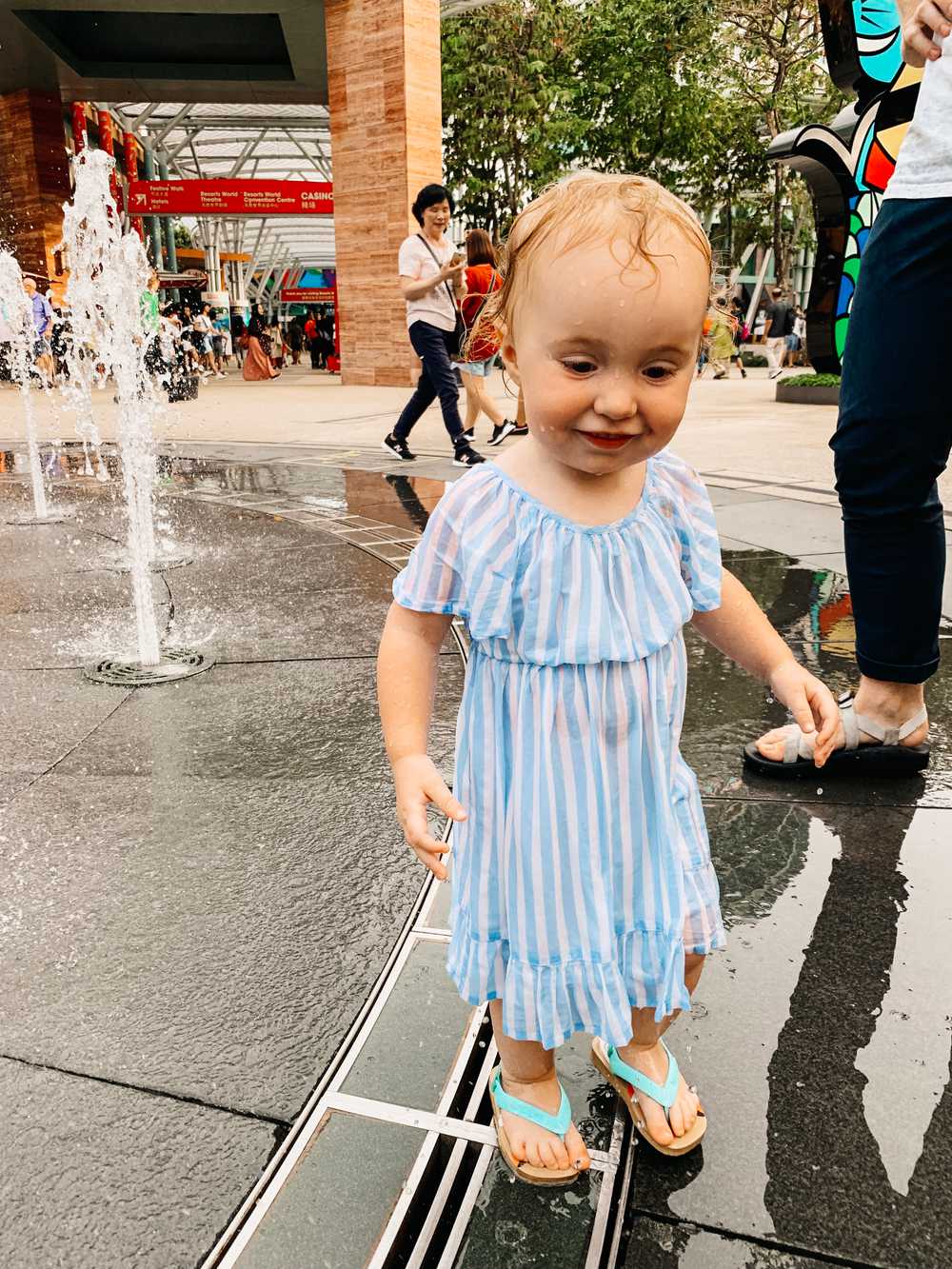 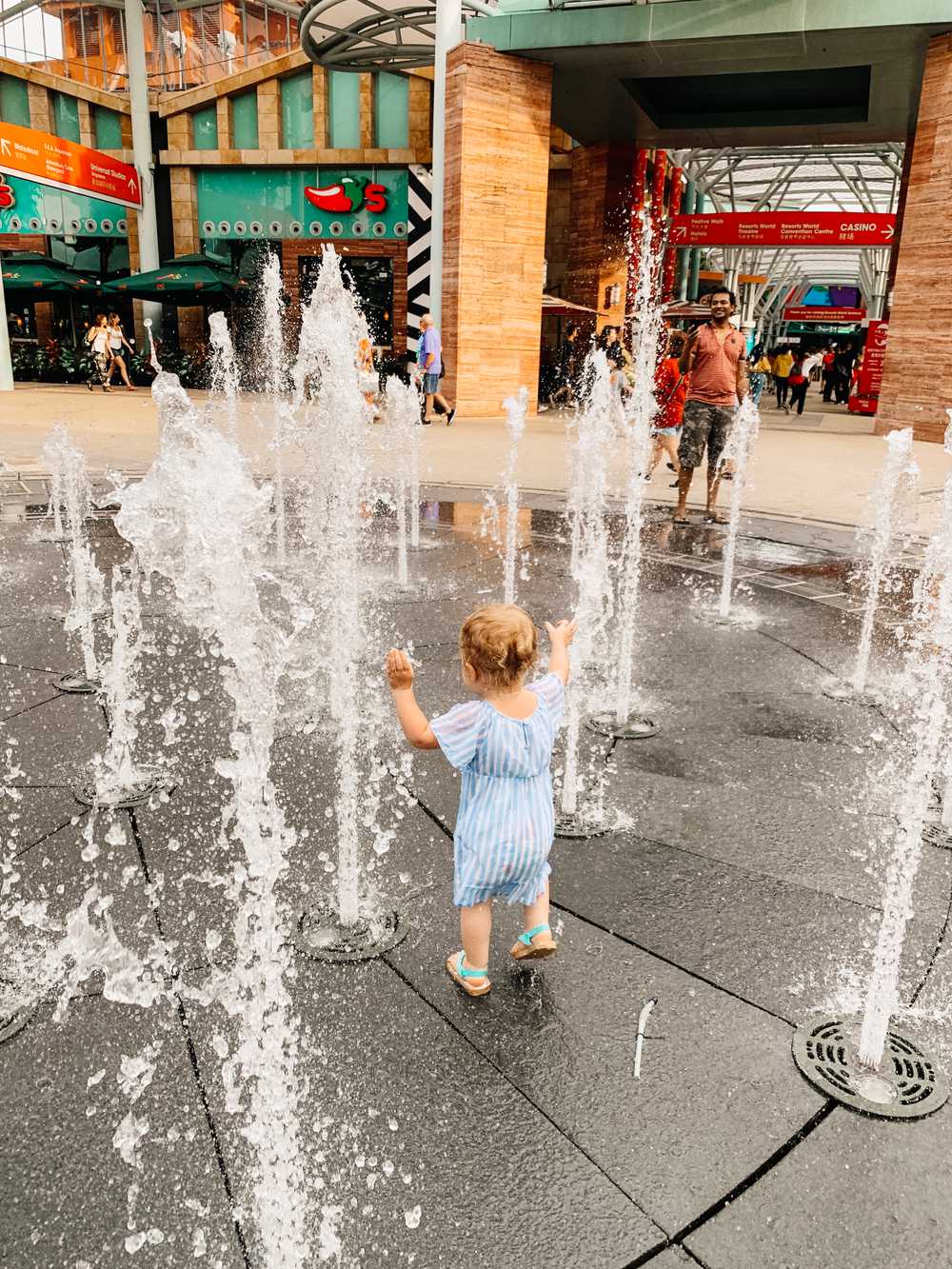 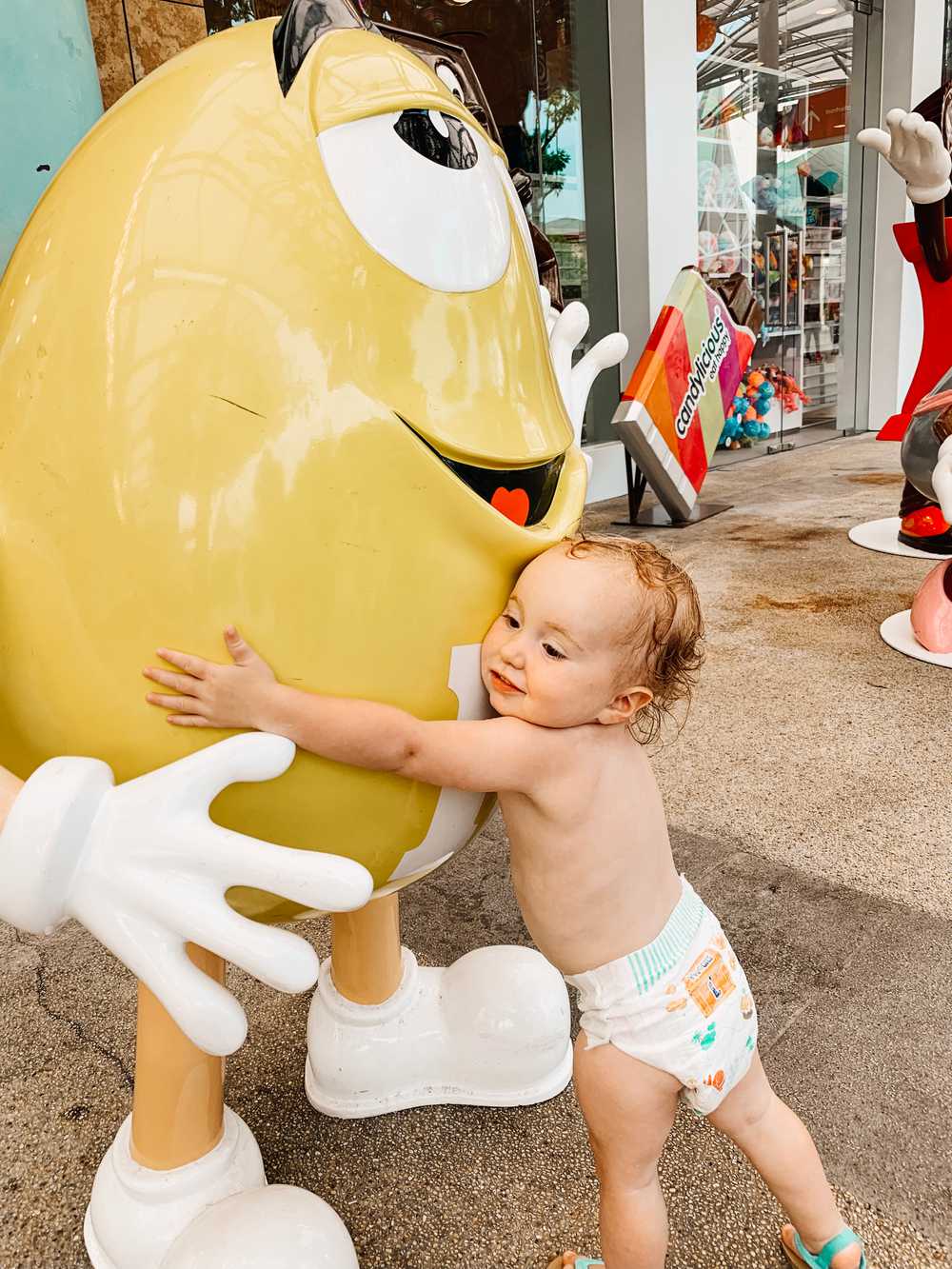