We booked a day trip to Elephant Nature park, about 2 hours north of Chiang Mai. The trip included transport to and from the park, lunch, and obviously interacting and learning about the elephants and other wildlife at their park. I felt super strongly about visiting a park that was as ethical and sustainable as possible. At first I thought it would be pretty easy to find one— just put the word “ethical” in front of my google search, right? Unfortunately most of the elephant camps have caught on to the movement and all advertise as ‘ethical,” making my search much more difficult. After a bit of googling, I noticed that almost every website I looked at had the exact same wording and schedule… Eventually I came across a Tripadvisor forum talking about Elephant Nature Park. The elephants at this park are all rescues (except the baby that was born at their camp several years ago!). It was heartbreaking to hear about the decades of abuse these elephants have endured. But it was good to know that we were supporting a good cause all while becoming educated and having an experience of a lifetime.

We were lucky enough to be the last ones picked up (and first ones dropped off!) for the day. All because of the location we are staying is on the outer edge of their pick-up radius, which worked out for the best. The drive was longer than I anticipated, but not bad. They take the time to educate you on the drive up with a silly cartoon video which was mildly entertaining. I really didn’t enjoy hearing about all of the abuse to the elephants, because I just kept thinking “well yeah I know this and that’s why I booked this specific park!” But it was to know the extent of what these elephants over Asia have endured, even if it was uncomfortable.

We arrived and the first thing we did was get ready to feed the elephants! The elephants are on an hour to hour schedule everyday, so they know what to expect, and we couldn’t be late. We were running on their schedule, not the other way around. Our guide quickly told us how to feed them. There is a red line drawn on the ground as a guideline on where to stand. Since elephants have limited range of sight (with those enormous trunks!) they can sometimes swing their trunks side to side without knowing who is in the way! We grabbed some bananas and saw the family of elephants coming our way! They knew exactly what they were coming for. Several of the elephants started rejecting the bananas and only wanted the watermelon and squash. One thing our guide told us was to keep feeding them—don’t stop! It was amazing to see how the elephants reached their trunks over to us waiting for us to put a banana or piece of watermelon in their trunks! Sometimes the elephants would throw the piece of food in their mouth from their trunk and sometimes they would reach around for more food before putting it in their mouths. It was incredible. Stella was SO brave and SO excited. The video I have of Abe helping Stella feed an elephant is priceless. I will forever love that video.

At one point Stella was holding one banana that she just wouldn’t give up. She would get upset if we tried to help her feed it to the elephants, so she just held onto it. After we were done we peeled the banana for her and she ate it. She hasn’t eaten a banana in literally MONTHS. Guess she was inspired by the elephants love of bananas (well, once the squash and watermelon were gone).

Once we feeding time was over, we all washed our hands and met at our meeting spot. Our guide then started leading us around to meet some of the other elephants. The elephants just walk wherever they want on their land.

There were a bunch of other groups with their own guides. The have it set up in a way where all the groups move to different areas, and sometimes the groups are in the same area. But it wasn’t ever too crowded. I was really glad to have the guide we had. It seemed like she has been working there long enough to know to be cautious when certain things happen. Other groups weren’t so cautious and aware. Our guide did a great job keeping her eye out for elephants coming up behind us and where to stand. At one point we were standing between these cement pillars between two elephants and a herd of water buffalo.. Just a tiny bit intimidating.

We met several rescue elephants as we made our way through the park. On a lot of the elephants you can see the physical abuse they endured from their ears, or they might be blind, or have a broken bone that never properly healed. One of the interesting things I learned was how much pressure riding an elephant puts on the elephants hips. Even though these animals are huge, the pressure from giving rides to tourists ends up being too much, and one of the rescue elephants has a broken hip from people riding her. It was quite sad to see.

There are several elephants at this park that are still extremely afraid of humans, and you are not allowed to get close to them or touch them. There were still a handful of elephants that we were allowed to touch, which was quite an experience. Their skin is so tough and rough. Being that close to these huge animals was intimidating, and having their ears flap right next to you was pretty cool. Once Stella learned we were allowed to touch some of the elephants, she begged to touch ALL of the elephants which made things a bit difficult, but we managed just fine.

The tour is set up in a way that makes it so you aren’t on your feet or in the sun for too long. After we met a couple elephants, we made our way back to the main area for lunch (included in the tour) and were pleasantly surprised with the quality and variety of food (all thai cuisine, of course, but so many options!). We enjoyed a nice rest and lunch for about an hour, and then it was time to see more elephants.

We made our way over to the river where a lot of the elephants were starting to walk over for bath time. This particular park does not allow tourists to help bathe the elephants anymore. They stopped doing that just last year, when they started to realize the bathing was more for the tourists than for the elephants. Our guide said that when they stopped allowing bathing, 50% of their bookings were cancelled, because the tourists wanted that experience. We enjoyed watching the elephants bathe from afar. The guides and safety crew were very particular about where we stood and how close. The mother elephant gets extremely defensive of the baby elephants (who were loving playing in the water with each other— it was so cute to watch them play and roll on top of each other and dunk each other in the water!). There was a moment when the mother elephant came out of the river and started walking toward all of us and took a pretty defensive stance, and our guide was like “ok ok move over here time to go this way hurry” and we could all tell she meant business (both the elephant and our guide haha).

After bath time we kept walking around the park and got to see the second feeding of the day with the elephant family. This time the workers just bring the elephants a bunch of grass/bamboo/I’m not totally sure what it was to be honest. We were lucky enough to be there right when the crew was dropping off another delivery of the food. We also got to see some elephants drinking water out of a hose which was pretty cool! One of the elephants would suck water into its trunk, and then spray the water from his trunk into his mouth. Another elephant just grabbed the hose and set it directly in her mouth— pretty smart!

About this time in the day we were all feeling tired. Stella actually fell asleep around this point and Abe just carried while we kept learning and meeting different elephants. We got to meet a baby elephant that our guide called over to swim in the pool and play with its floating ball in the water! It was fun to see this elephant so playful and social. It swung its trunk out several times reaching for different people in our group and trying to splash us. This part seemed like something special just for our group, or maybe timing just worked out well and our guide knew when to go where, but I didn’t notice any other groups in this area. Eventually we made our way back to the main area and rested a bit before it was time to go! Stella slept the entire ride home (!) which was a MAJOR win because it was quite a long drive.

I can recommend this park with 100% certainty of its ethical and sustainable practices. The elephants are treated very well and they are trying to do what is most natural and best for these animals. Not only does this park have elephants, but it is also a dog rescue for hundreds of dogs. This company is truly trying to do good in this part of the world by saving elephants from abuse and bringing them back to health, and by educating tourists. I think ultimately the BEST thing for these elephants would be to have little or no tourist/human interaction, but the way this company is able to run this park is through the tourist fees and donations, which makes sense. But out of all of the touristy things that are offered with elephants, this park does it best with what they can. Overall this experience was a major highlight, probably my top activity we have done on our entire trip so far. I would highly highly HIGHLY recommend this park. The link to their direct website is here: https://www.elephantnaturepark.org/ 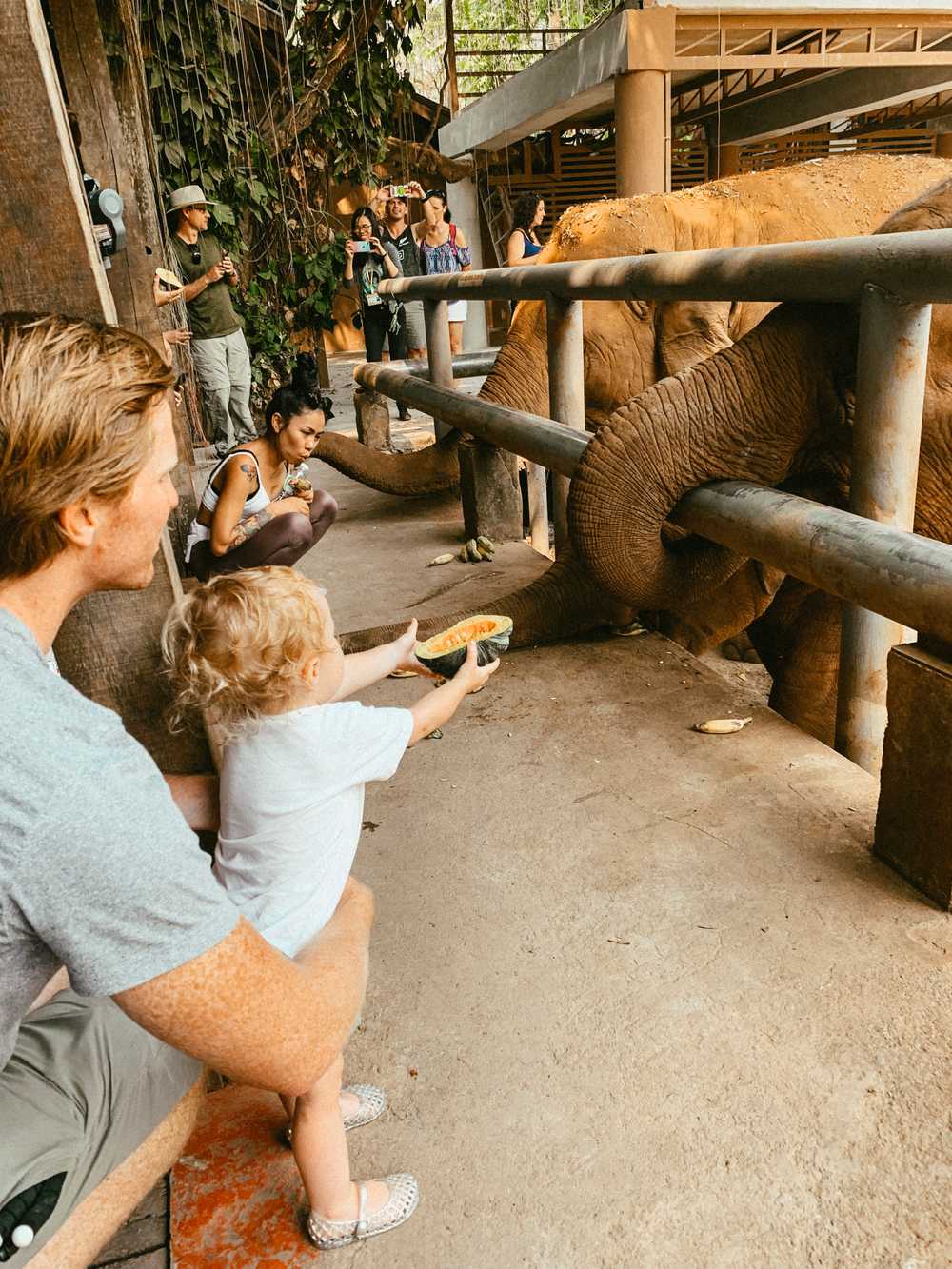 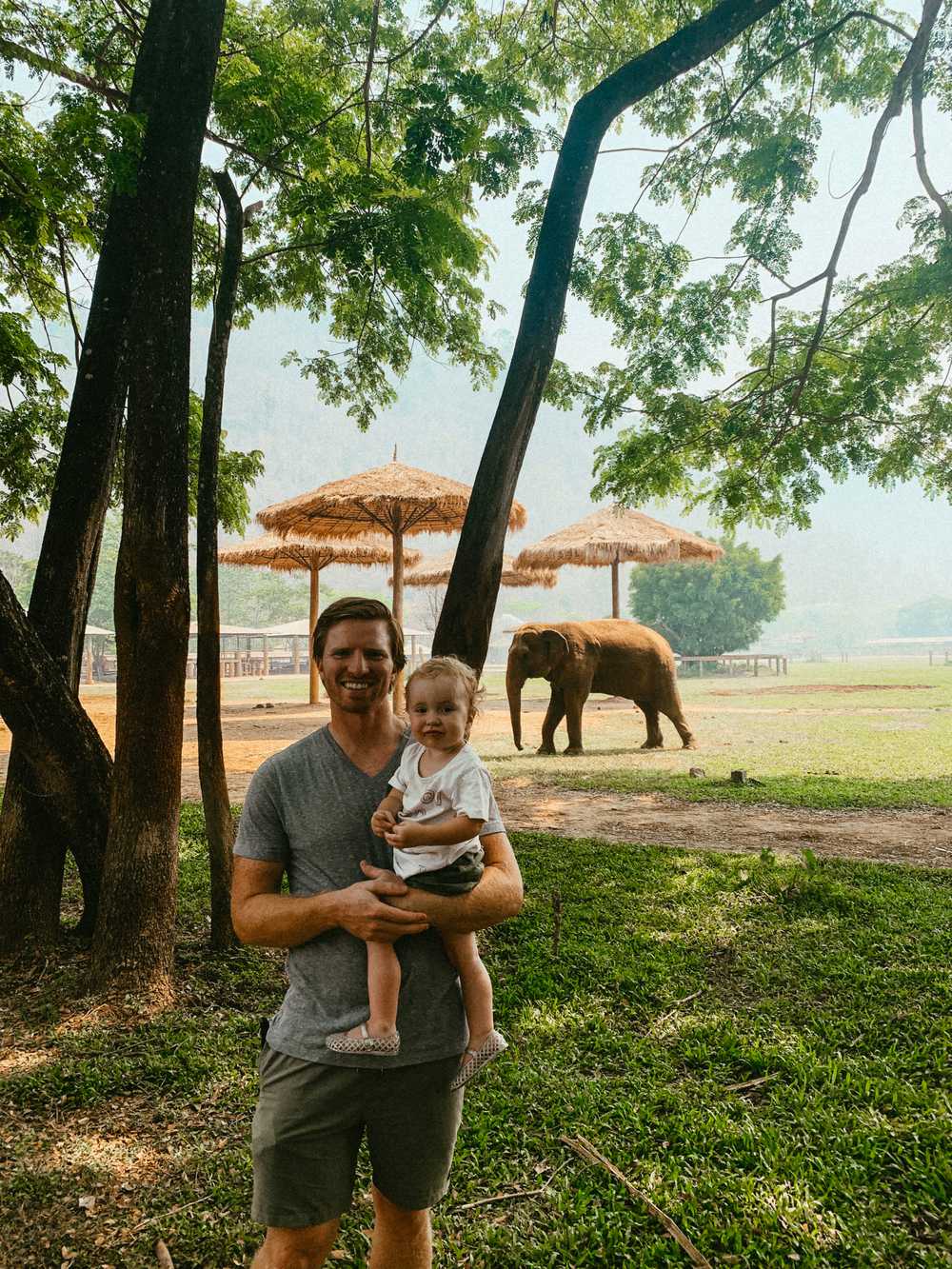 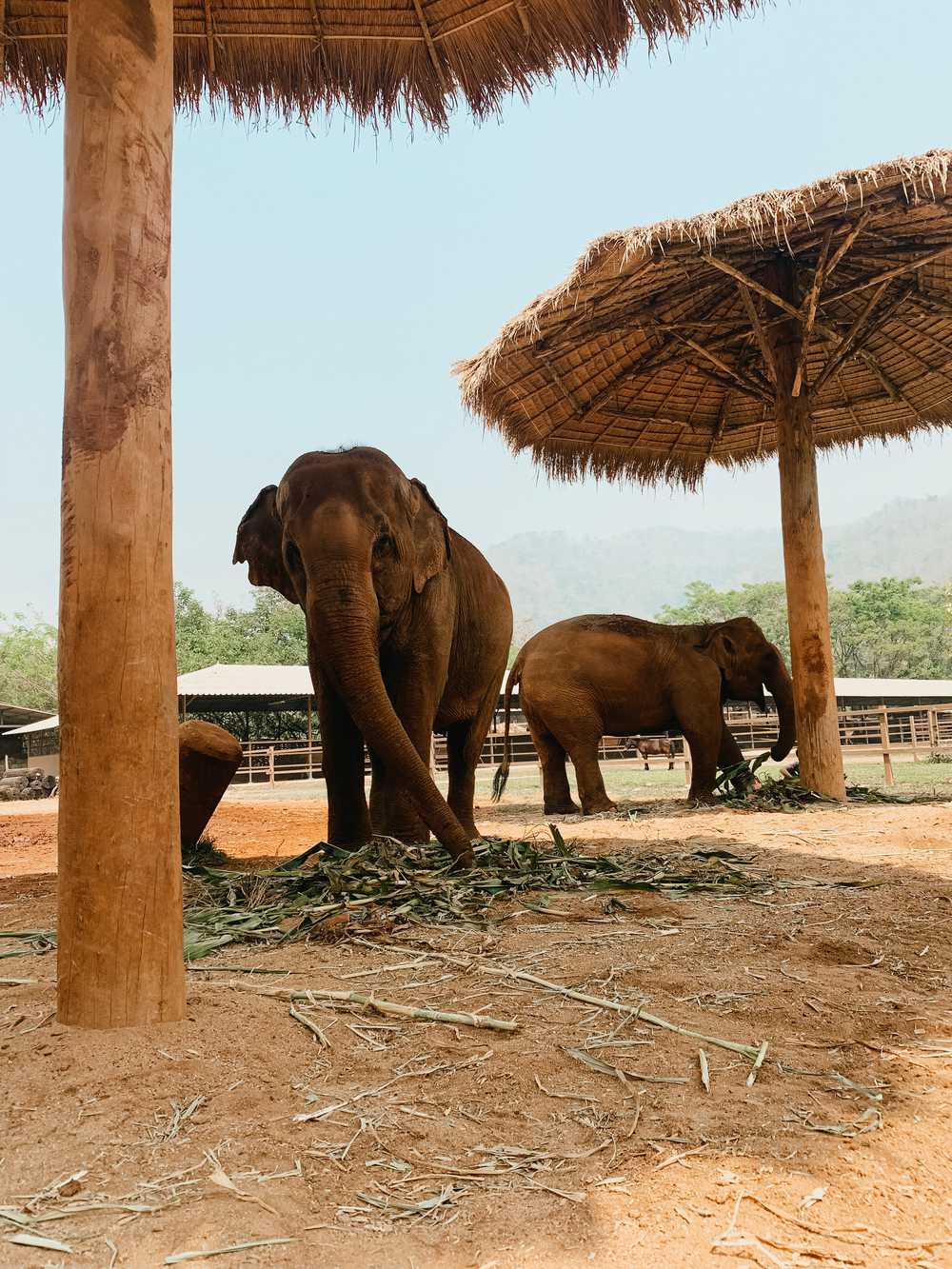 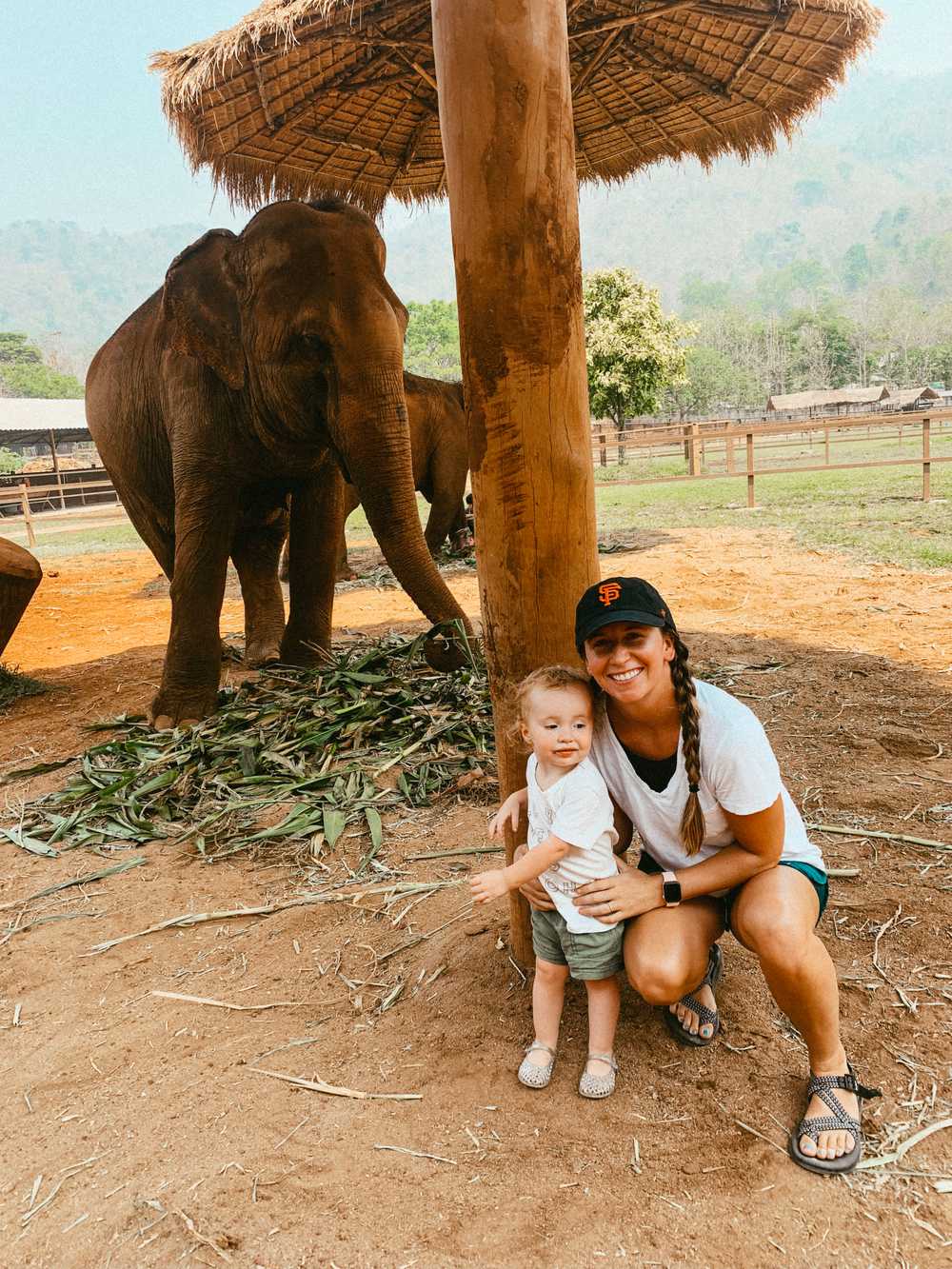 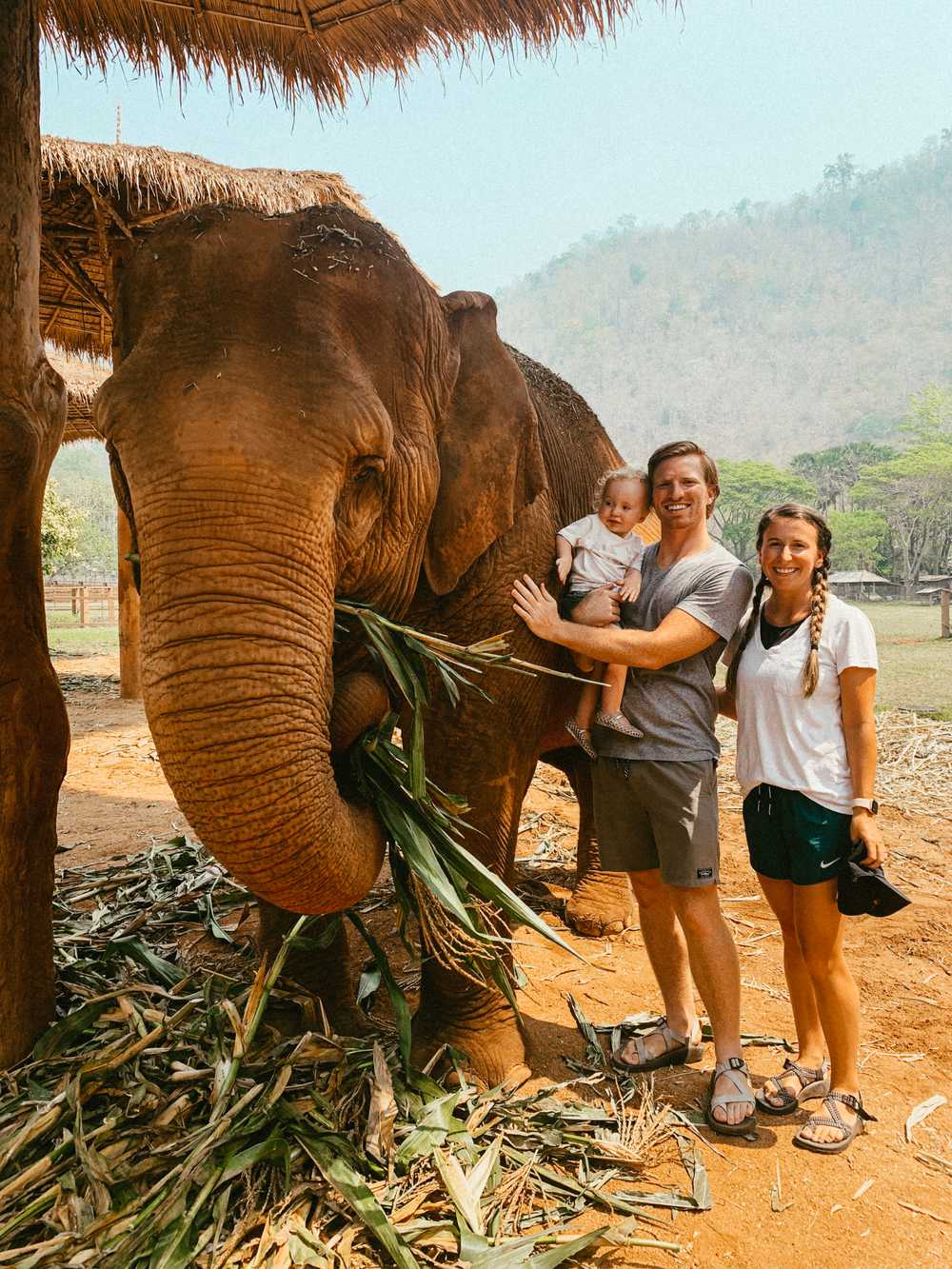 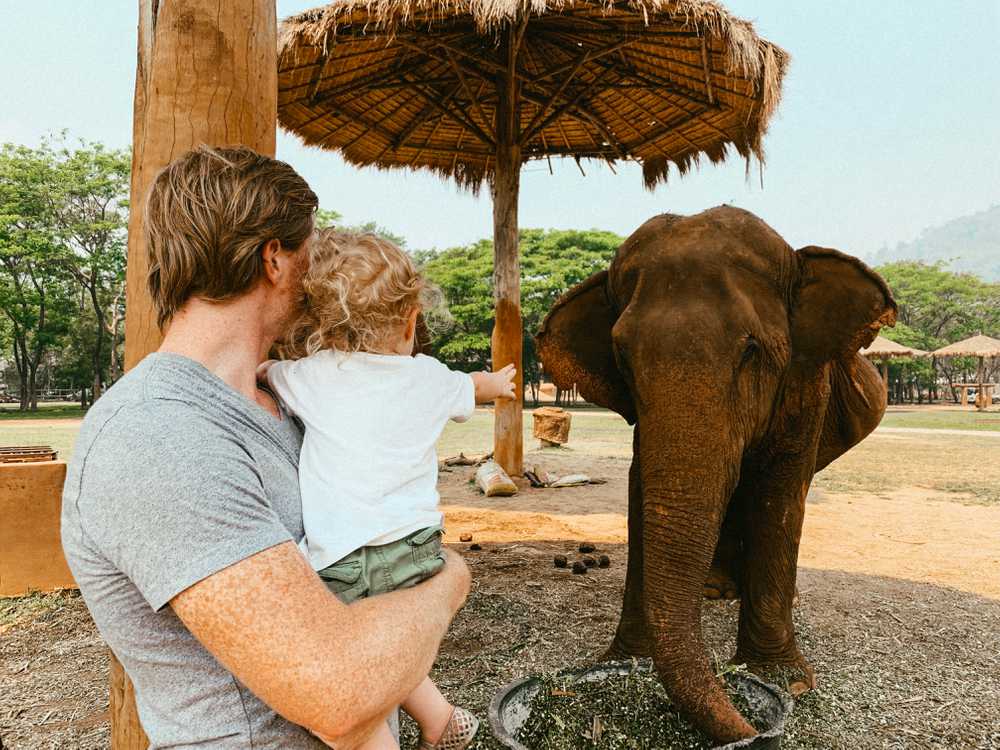 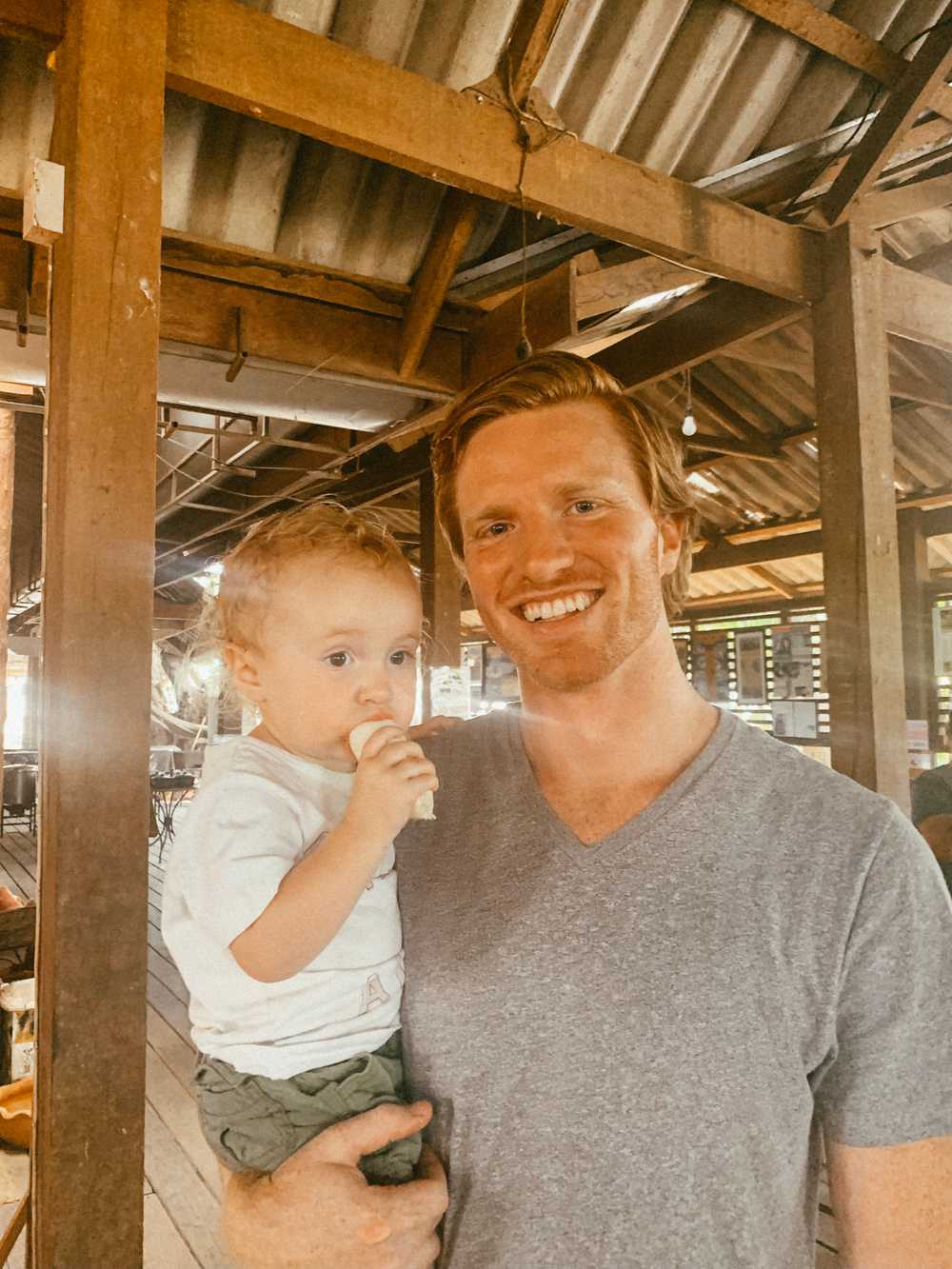 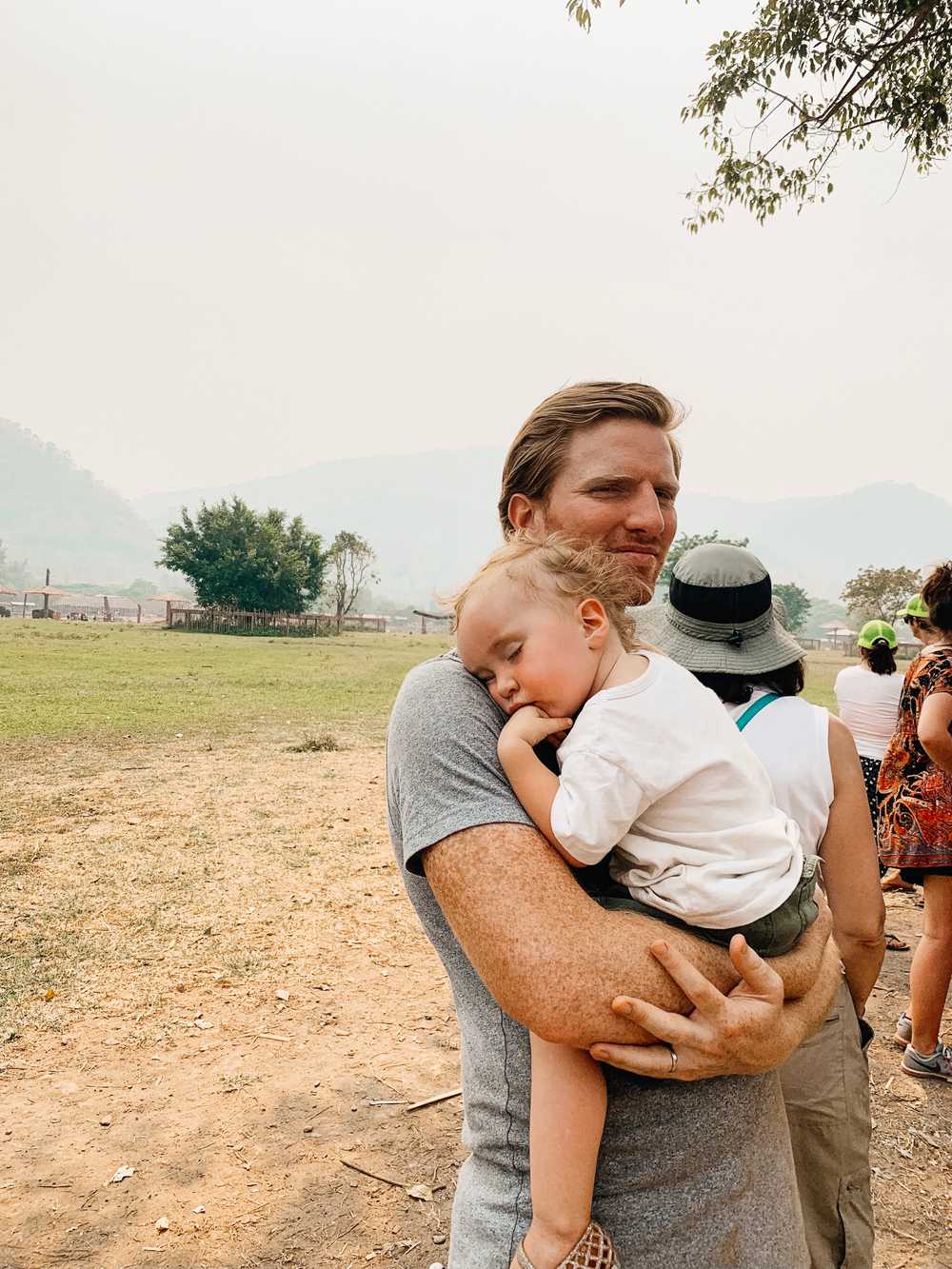 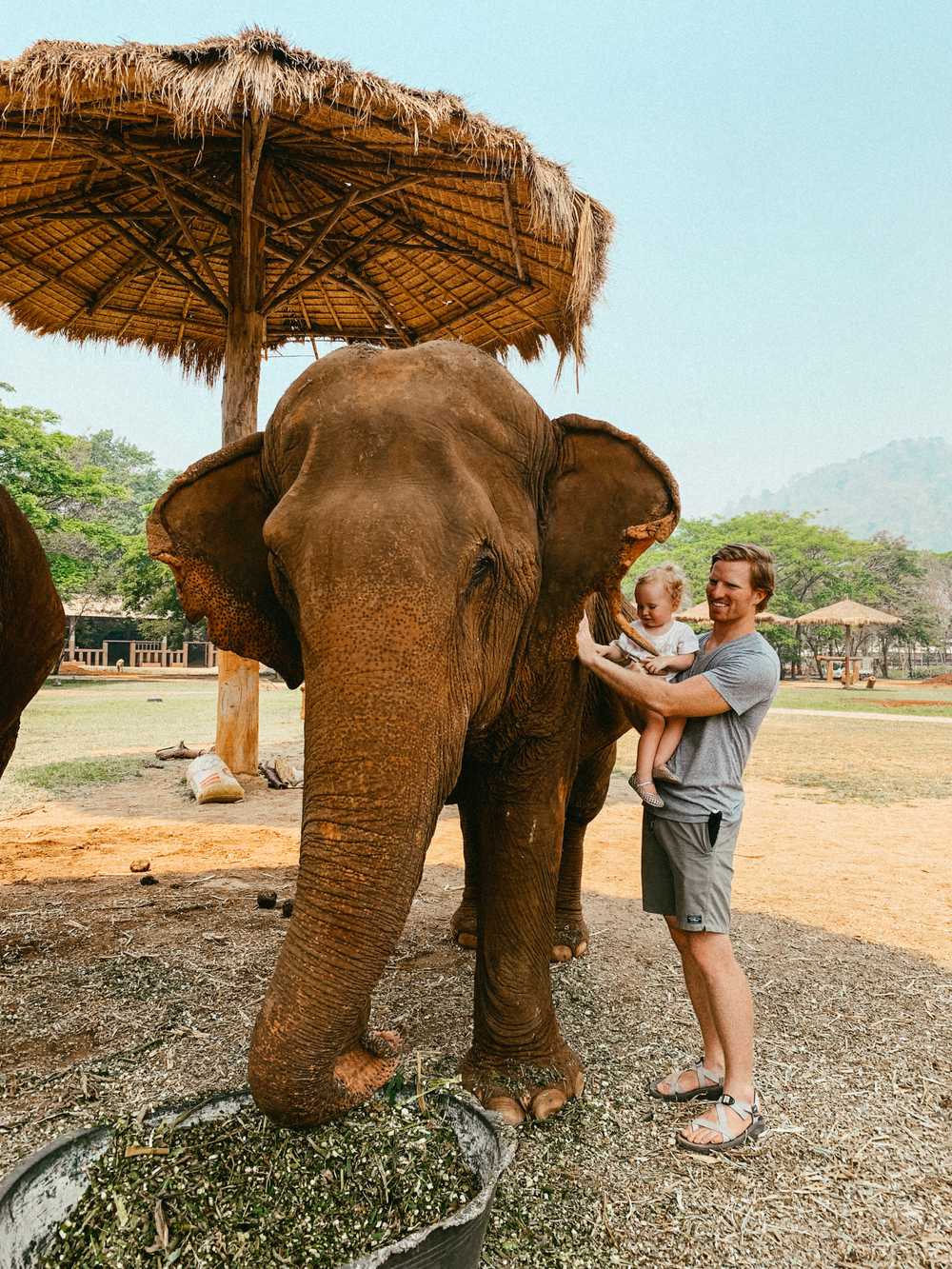 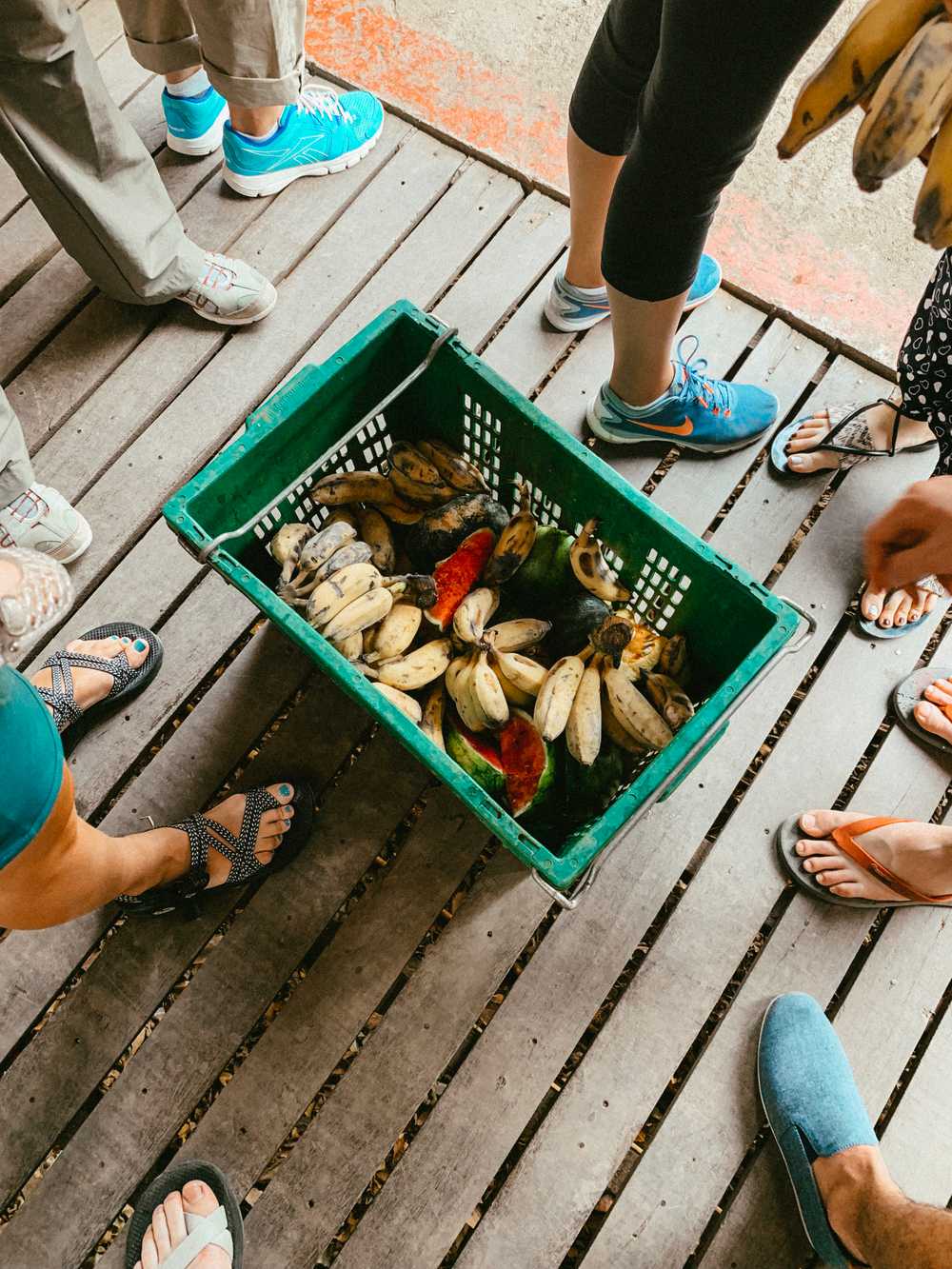 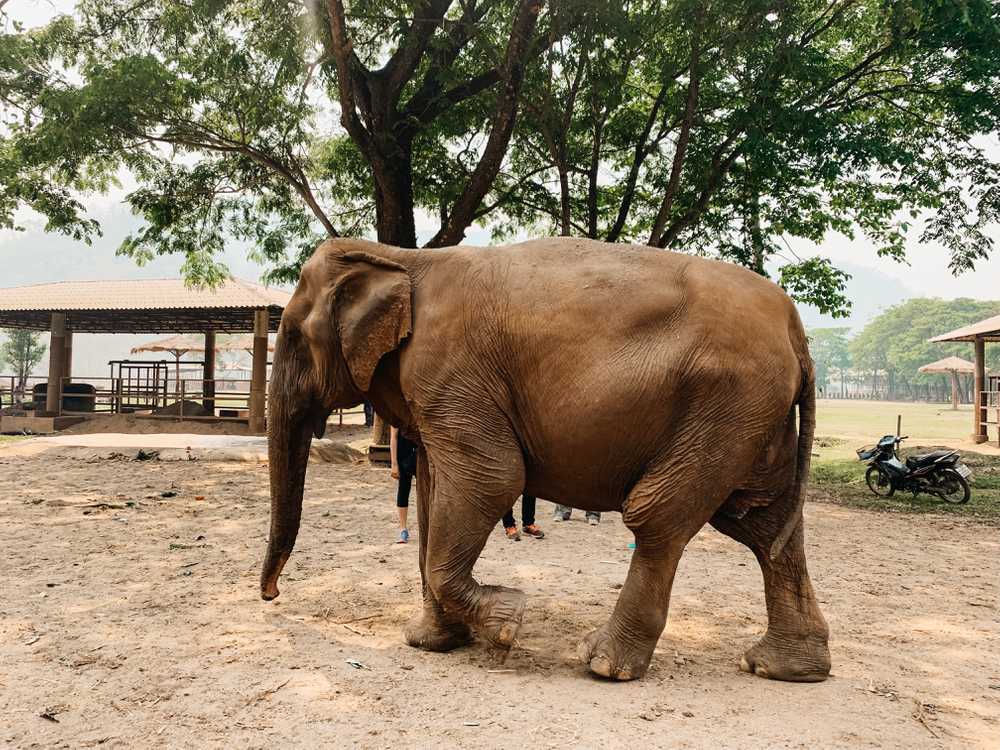 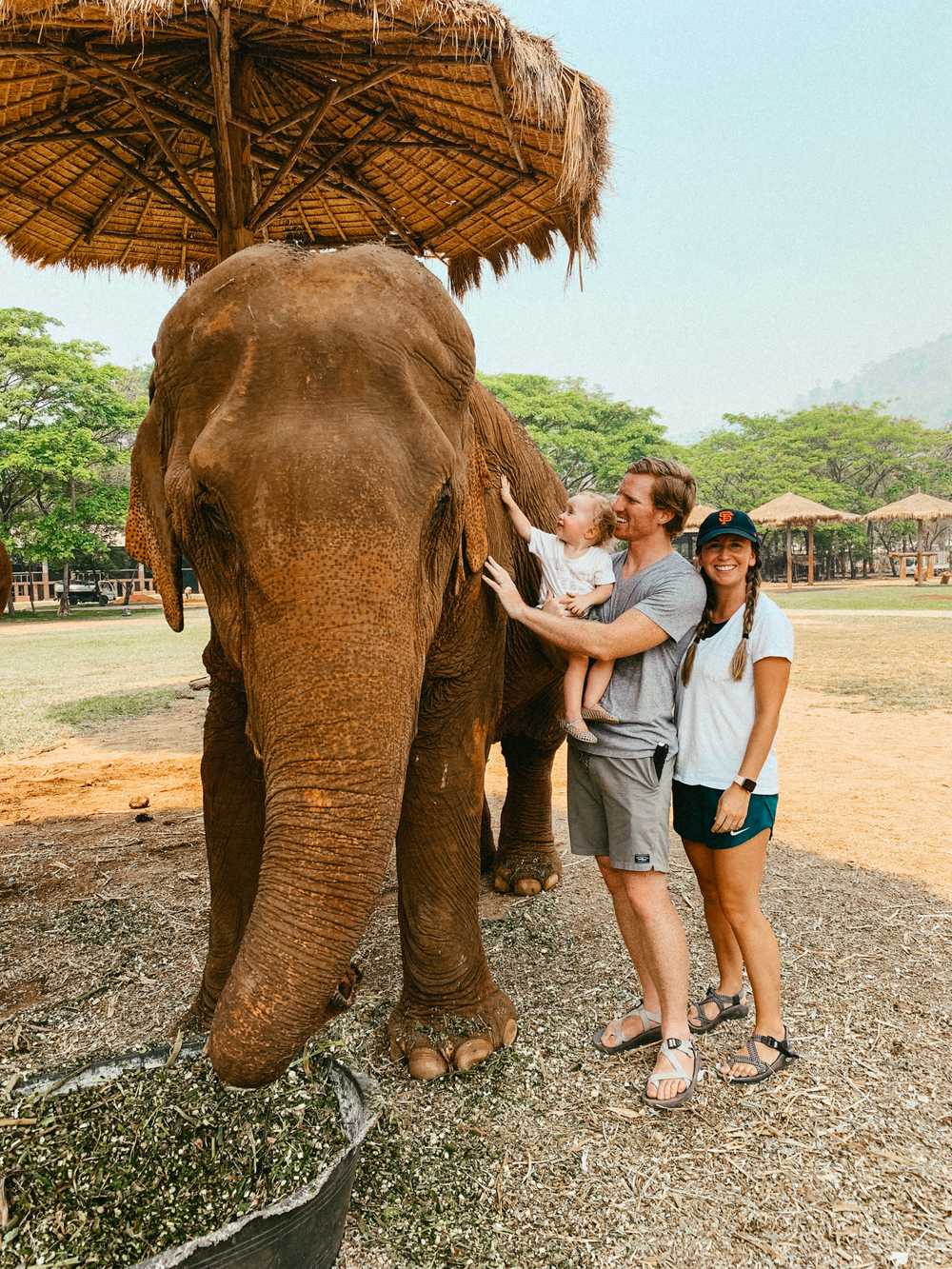 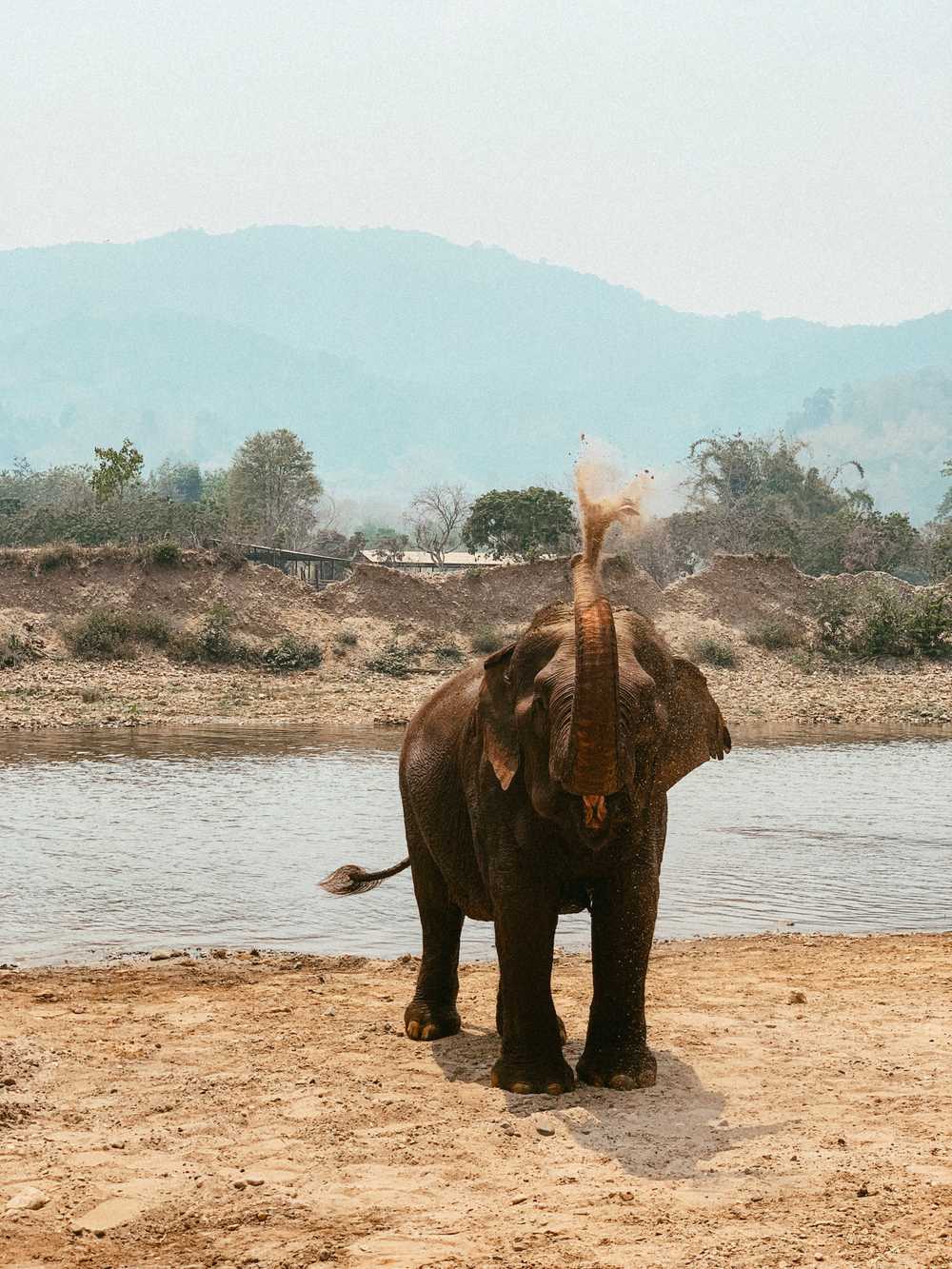 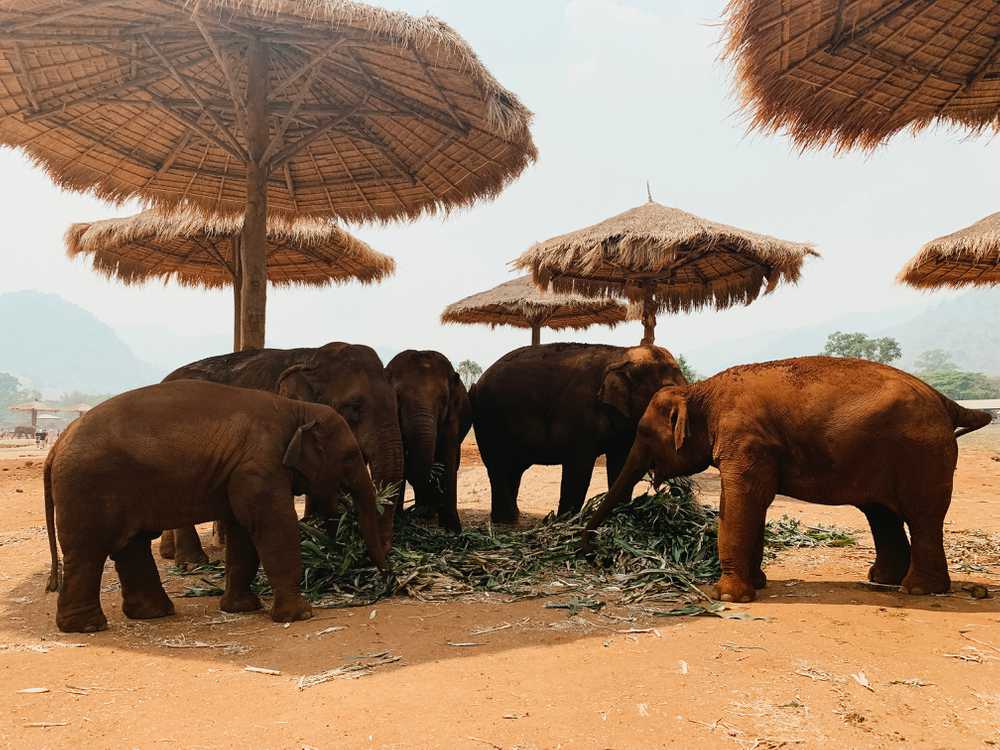 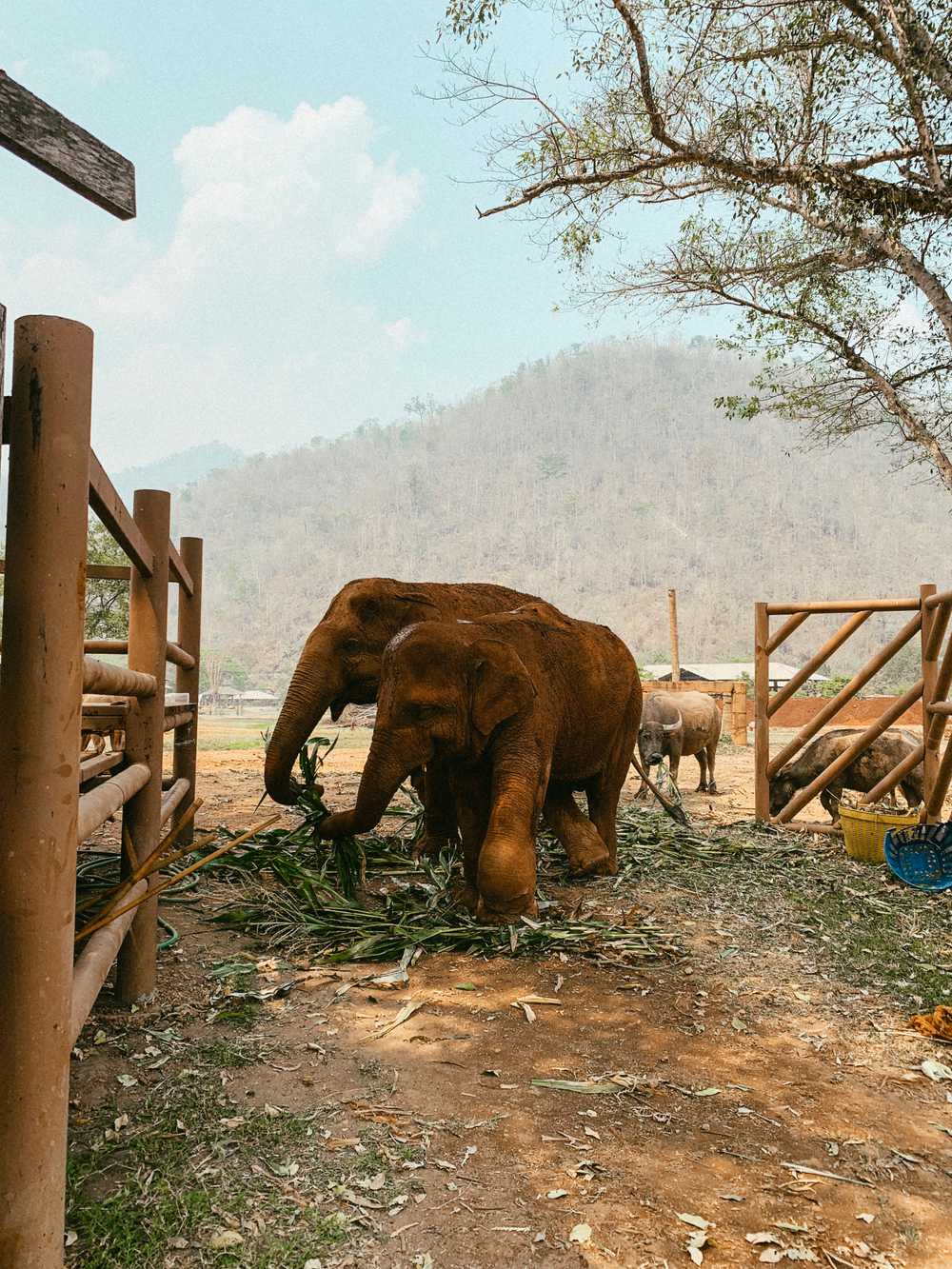 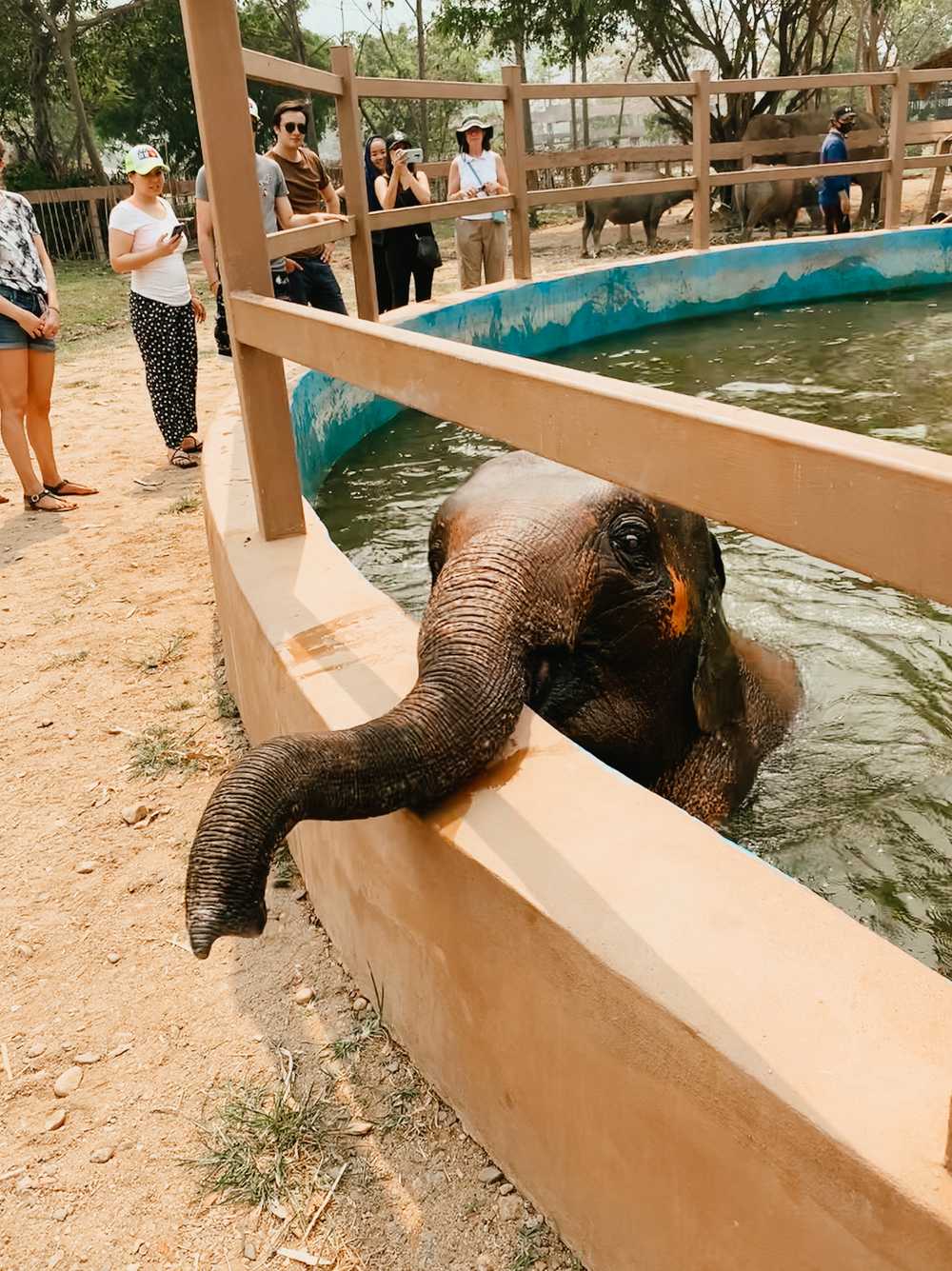