We flew from Phnom Penh to Siem Reap. It was a short flight and a small plane. We saw the president of Korea’s airplane when we walked out to our plane. We are pretty sure that’s why we were so late boarding the plane. There was an armed guard outside this plane and it had the Korean flag on it. We knew the president of Korea was coming to visit Cambodia because just about everyone told us. There were also a lot of banners up (in English and Cambodian) saying things like “Welcome President Soo Lim” and “long live the Republic of Korea” and also “long live the Kingdom of Cambodia.”

Siem Reap is a MUCH more pleasant place to visit compared to Phnom Penh. It’s much slower paced. We already had transport from the airport arranged through our hotel (Udaya Residence— highly recommend!). We didn’t do much on our travel day other than check in to our hotel, sleep, and go to dinner. We planned for a car to take us to Angkor Wat at sunrise the next morning (also through our hotel).

We left at 5am— so early. But worth it to be in the first round of tourists and beat the heat (although it was still like 80 degrees? So hot).

The temple is hard to take in. It looks ancient and overwhelming and majestic and unreal all at once. We decided against booking a tour guide because so far our experience in Cambodia hasn’t been great with the Cambodian to English language, and we wanted to walk through at our own pace. So I’m sure we missed some interesting history of it. But maybe Abe will look up some stuff and write about it later.

It was extremely busy with tourists! We were expecting this, so it wasn’t a big deal. Angkor Wat is the place to see in Siem Reap, so of course it’s going to be busy. The trick was not getting stuck in a huge Asian tour group and staying the right amount between two of the groups at any given time.

It was a once in a lifetime experience to see Angkor Wat! I’d definitely come here to see Angkor Wat, but that’s probably about it. The other temples were cool to see, but it was getting hot and we were tired and hungry. I really liked Bayon temple where you can see all of the faces and Abe really liked Ta Prohm (LAURA CROFT anyone?) because of the cool tree roots. There were a couple other spots we could have stopped but with a sleep deprived toddler and the intense heat we skipped a few things.

After our tours we found a place to eat lunch called Vibes and I would highly recommend this place! We’ve had strangely good luck at vegan restaurants so far in our travels. Their juices and smoothies were amazing. They actually have a cookbook I’m planning on ordering when we get back and took a picture of their menu to try to recreate their smoothies. Later in the evening we found another place for dinner, an Italian place, that was quite good! At one point “Another One Bites the Dust” came on in the restaurant and I said to Abe “what a strange combination right now. We’re in Cambodia eating Italian food listening to Queen.”

We decided to walk around a bit and found a local art shop. The lady was currently working on sanding and painting some buddhas when we walked in. We ending up buying one to take home. When you run into a local store and the owner/artist is there currently working, it is hard to pass up! She has lived in Cambodia for 30 years but is from France. Her artwork was beautiful. Her shop is called Niko’s.

As far as Cambodia goes, I think just coming for one or two days is plenty, and skipping Phnom Penh entirely (we went there kind of by accident and wouldn’t recommend. Felt very dirty and crowded and our hotel sucked). We didn’t really plan much else or research much else other than Angkor Wat though, so there’s probably other things worth seeing here, but just our experience.

Some thoughts on Cambodia in general:

It’s interesting they accept both US dollars and Cambodian dollars here, so the prices are cheaper, but it is still pretty comparable to US prices for some things. We’ve also noticed that if someone doesn’t understand what you say here.. they just pretend like they know what you said and move on. It’s kind of weird and definitely frustrating? We needed to go to a post office and at first the driver responded like he knew exactly what we were talking about. But when we brought it up later, he was so confused and we had to explain it all over again. Same thing with trying to get a car instead of a tuk tuk to the airport, a guy with a tuk tuk is like” ok I take you” and we say “no we want a car.” And he nods and goes to his tuk tuk and puts his helmet on. And we are like “no we want a car.” So he nods and walks around a corner and we think he’s finally understanding. And then from around the corner comes ANOTHER GUY WITH ANOTHER TUK TUK. Like WHAT hahaha NO A CAR. We finally say the word “taxi” and he understands taxi. So a lot of it is our fault with not even trying the Cambodian language. I went back into our hotel and asked them to get us a car and that worked. It all worked out, but just strange that they don’t ask for clarification or translation or something. In Bali English was very predominant and if anyone didn’t understand they talked with you enough to figure it out, but it’s probably just us being stuck up Americans thinking everyone should speak English (but maybe that’s because a LOT of the world DOES speak English?!). No, I definitely think we should make some sort of effort into learning a few words in the native languages. But it has just been an interesting observation so far. We will see how other countries operate as we keep going and might realize we really do need to learn other languages!

If you come to Cambodia don’t go to Phnom Penh and go straight to Siem Reap and stay at our hotel (Udaya Residence— seriously it’s so nice!). Eat at Vibes and maybe Spoons too. Do a sunrise trip to see Angkor Wat and the other temples. And then fly onto your next destination!

Thanks for reading and enjoy our pictures from our day! 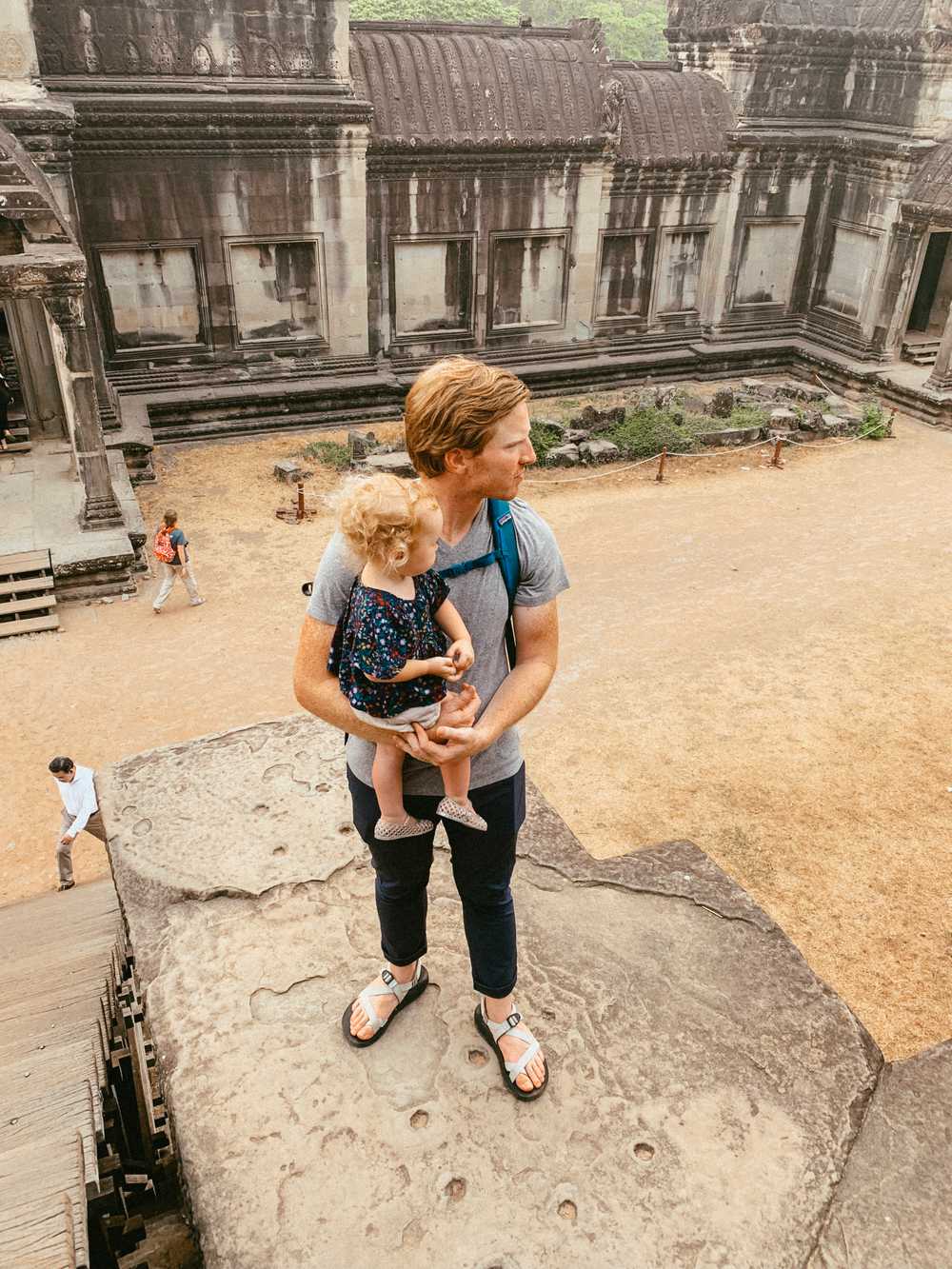 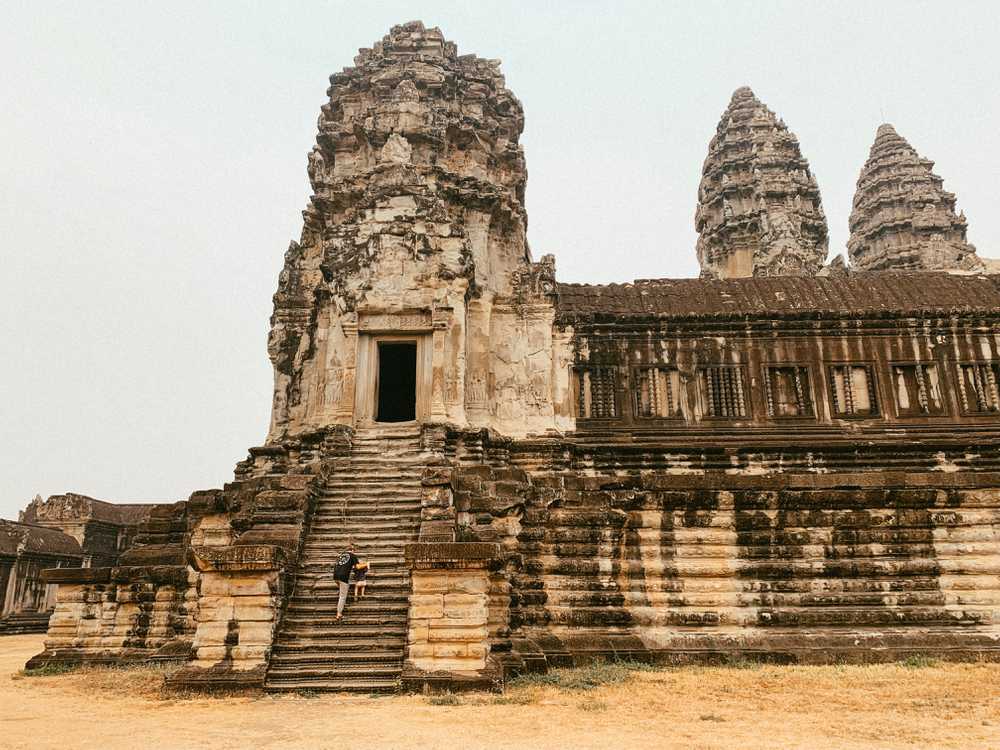 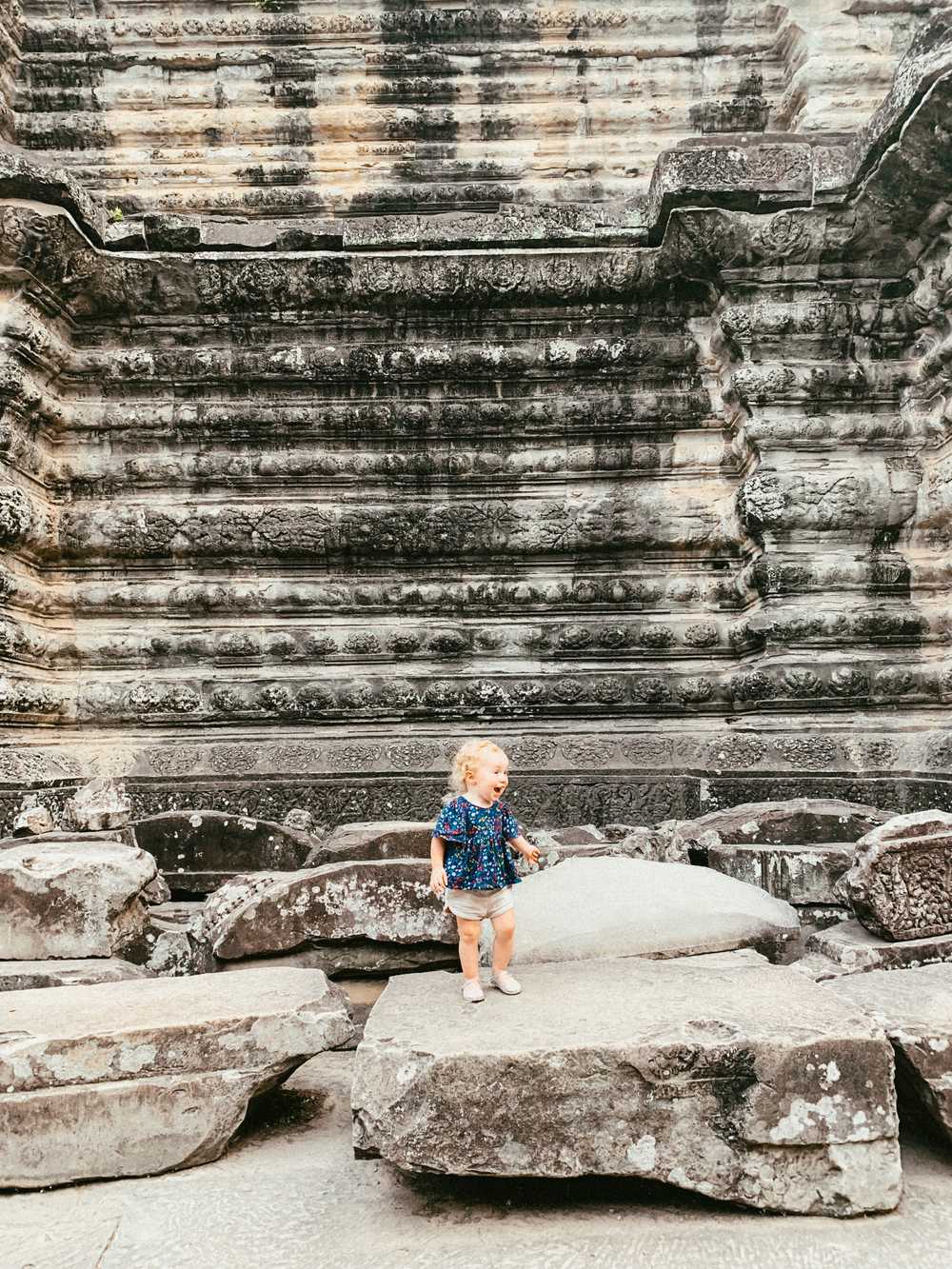 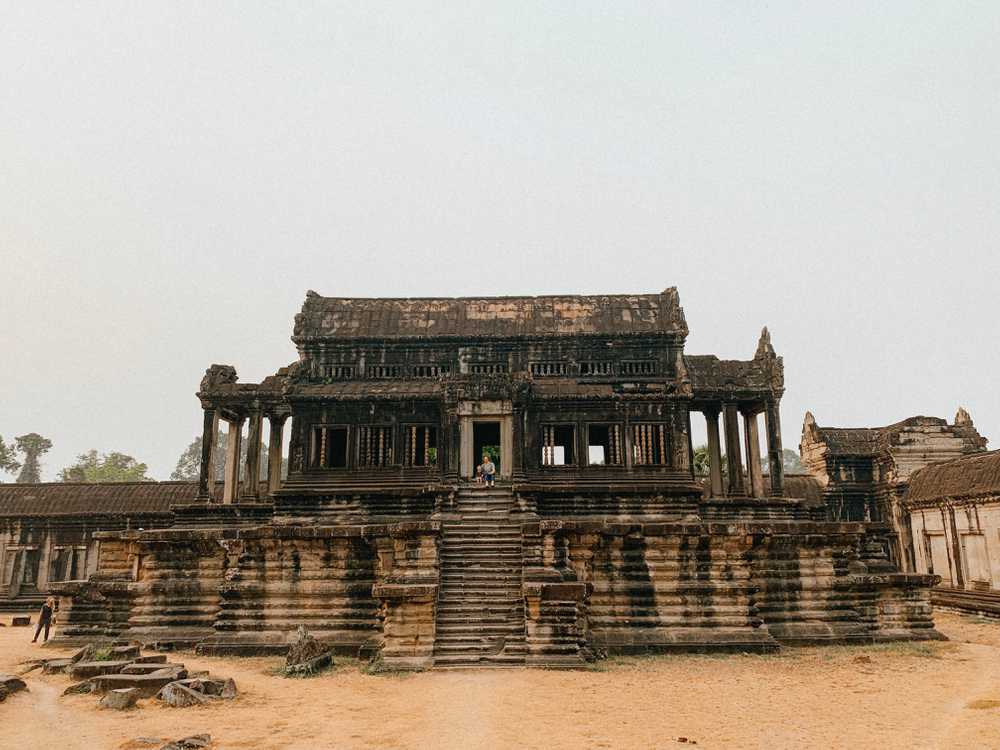 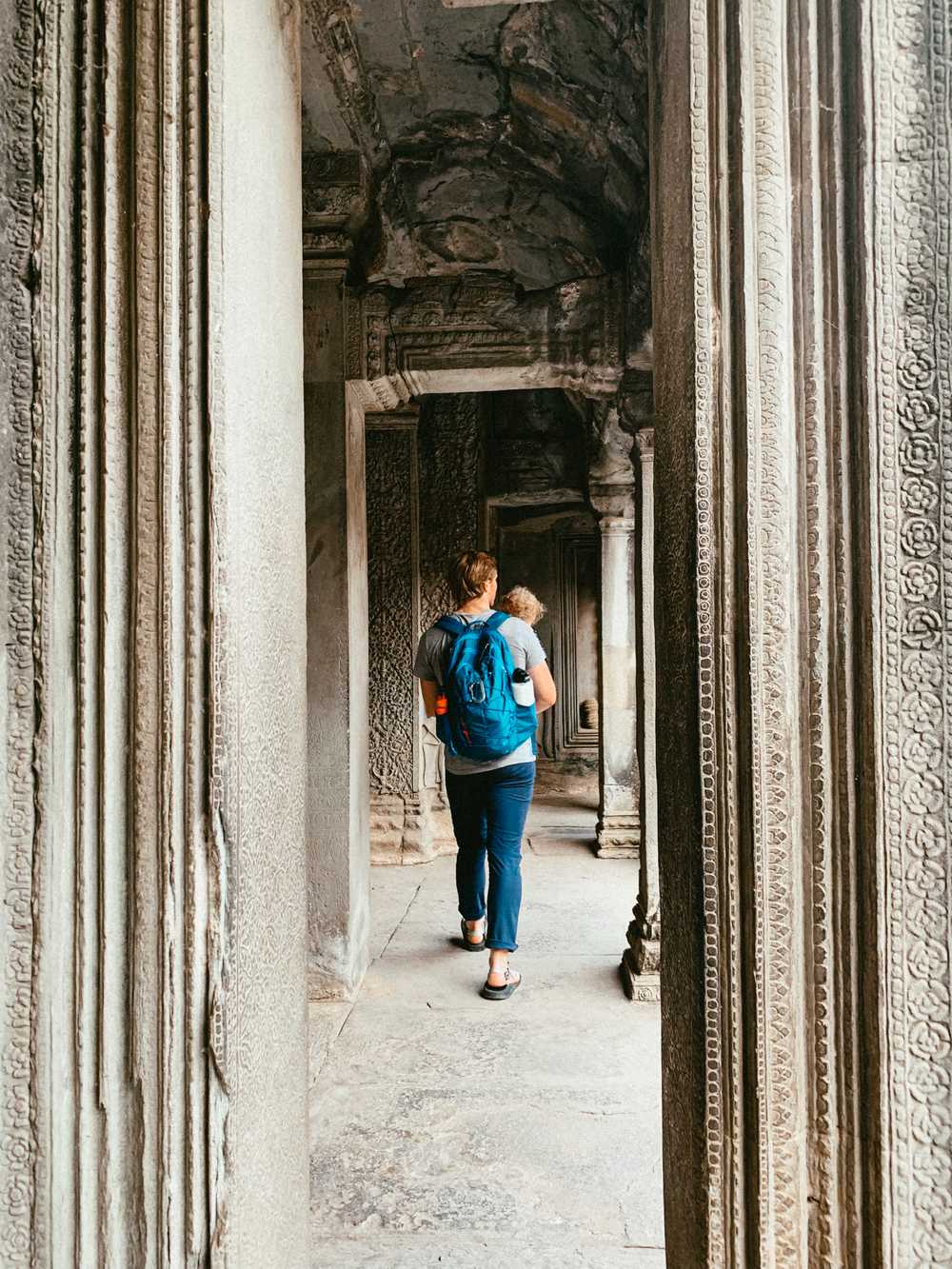 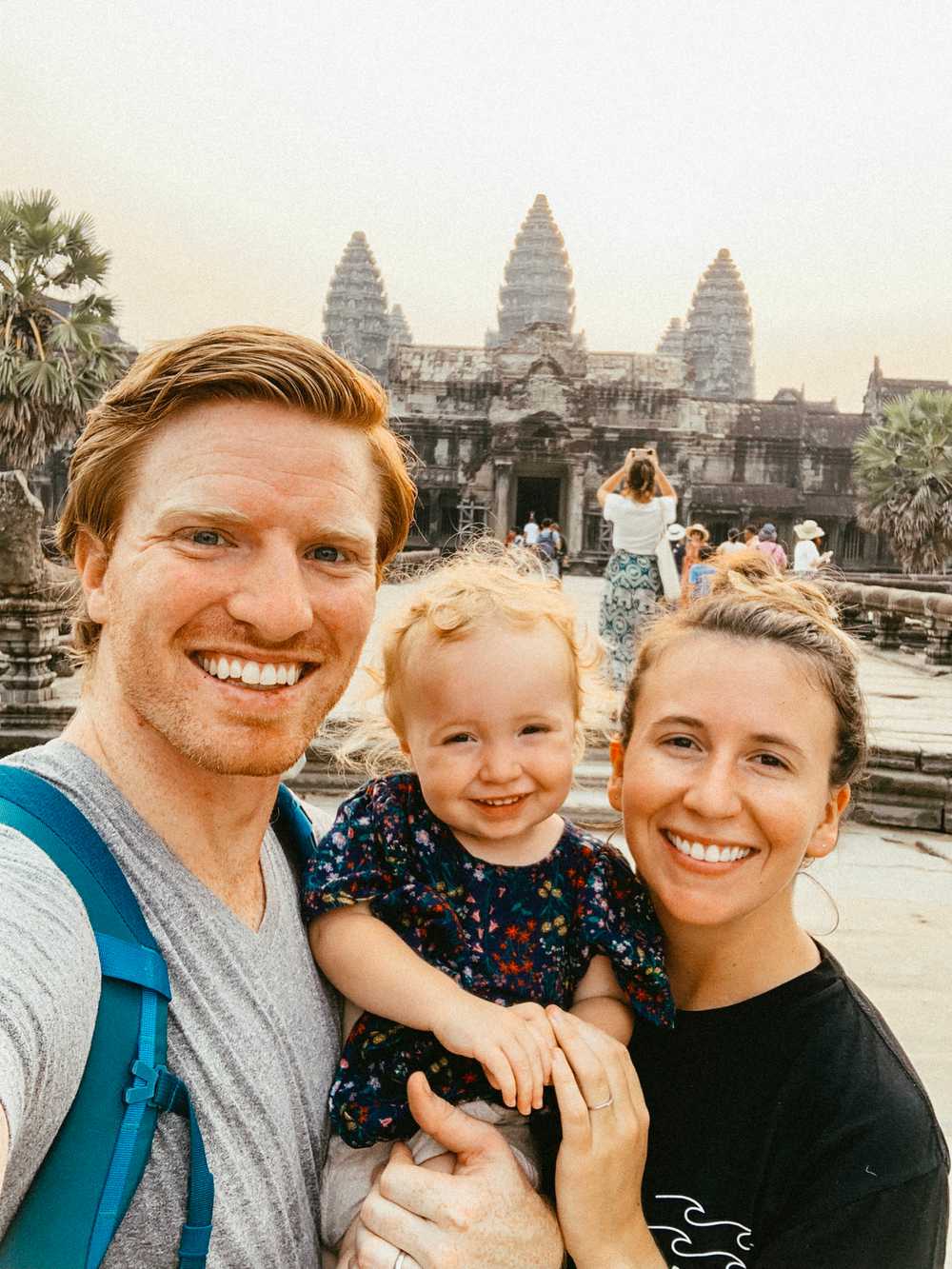 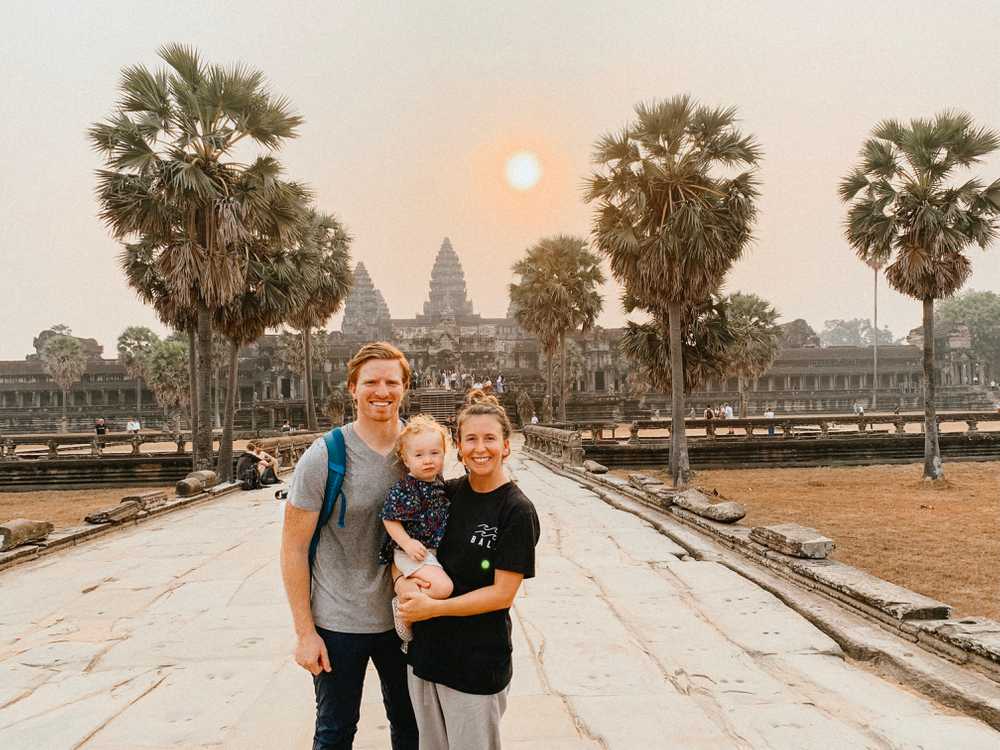 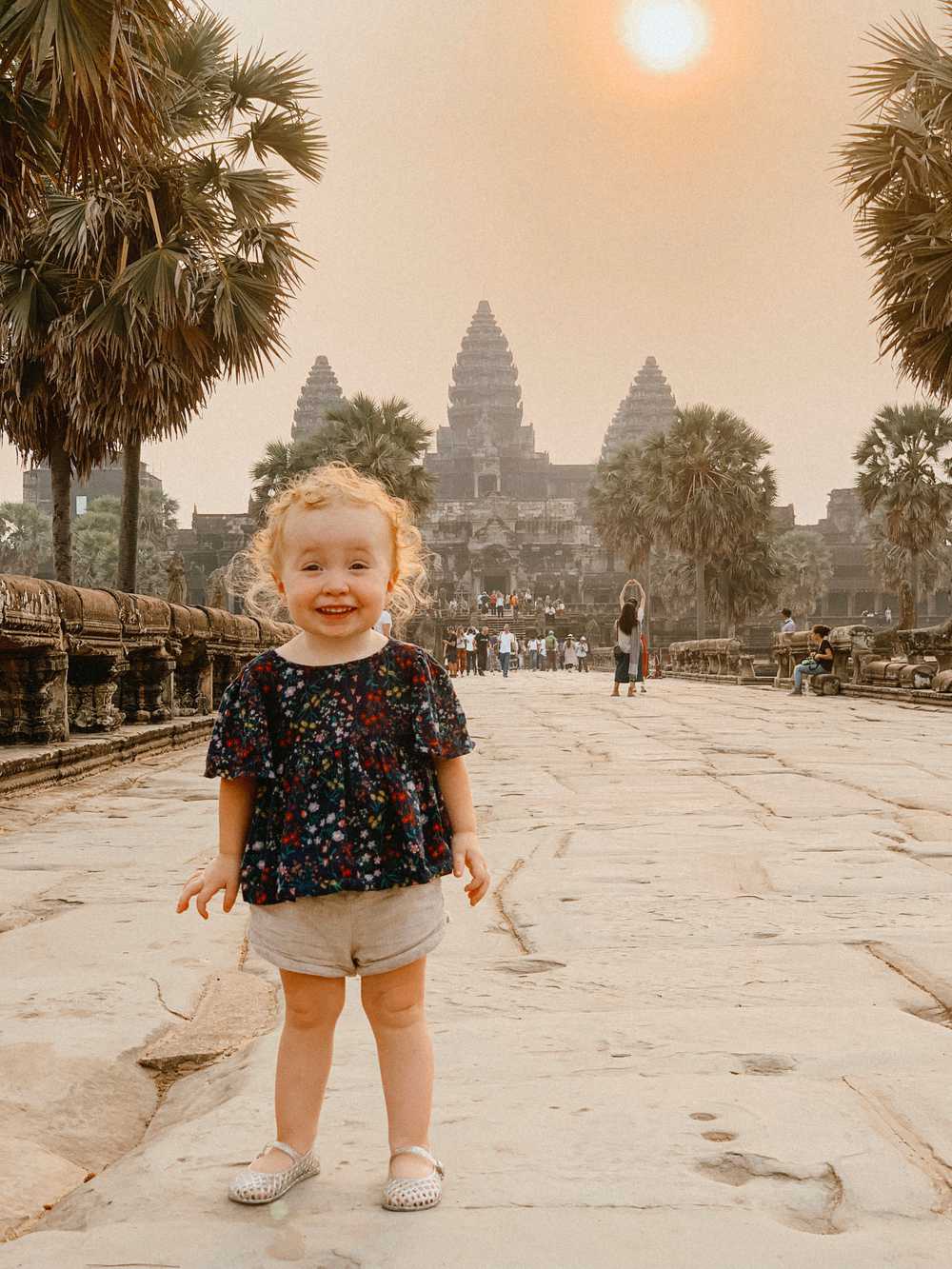 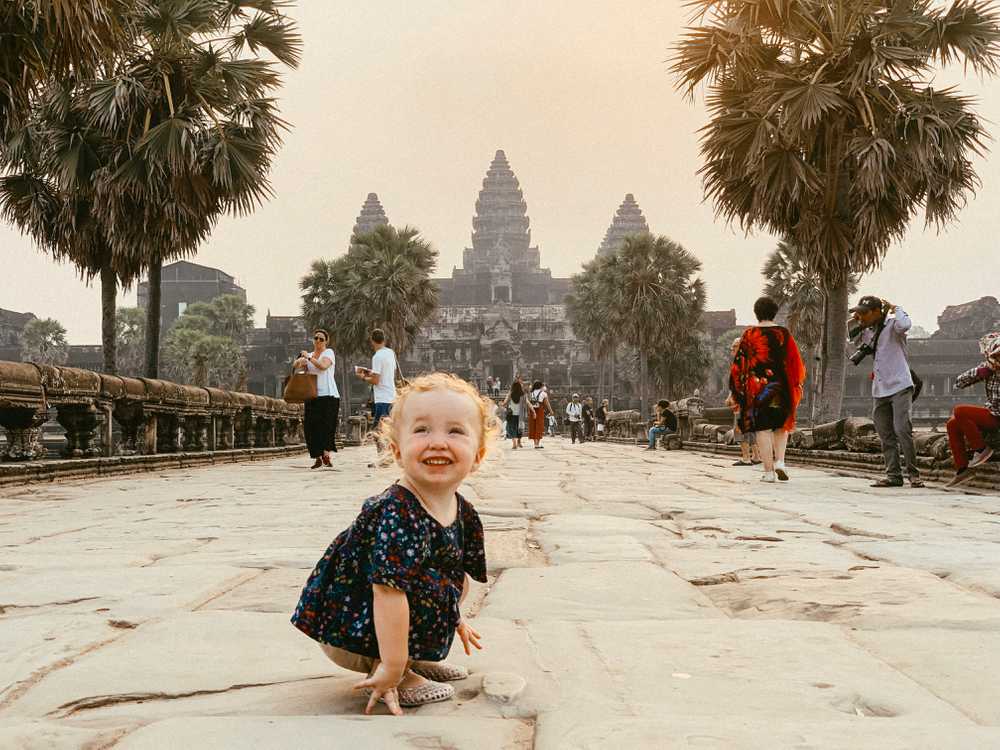 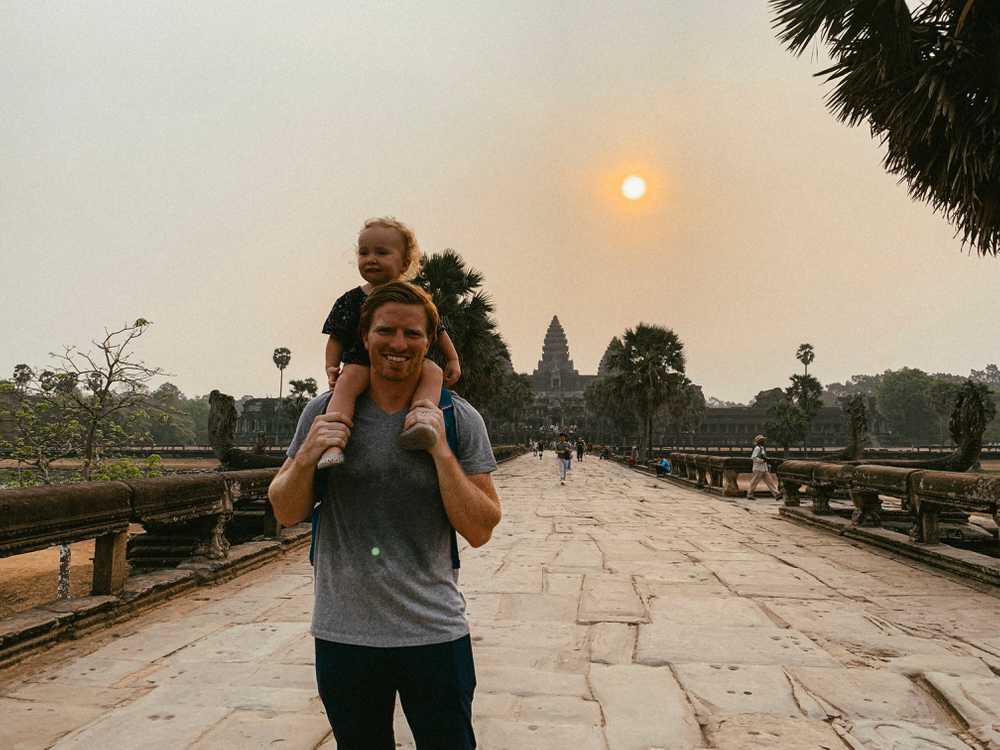 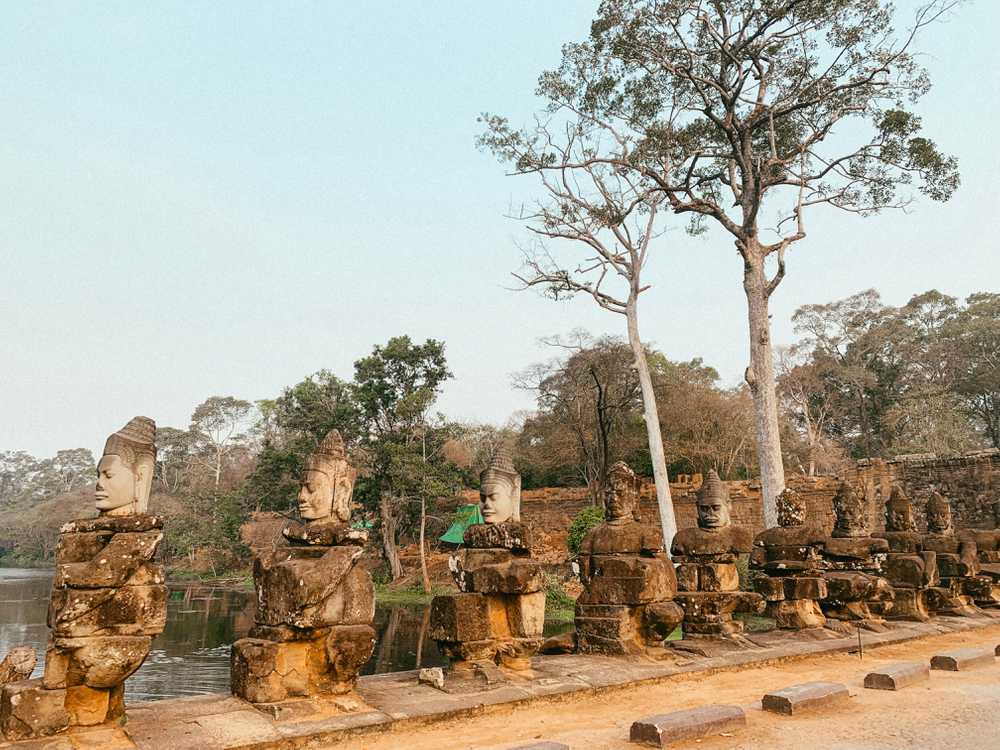 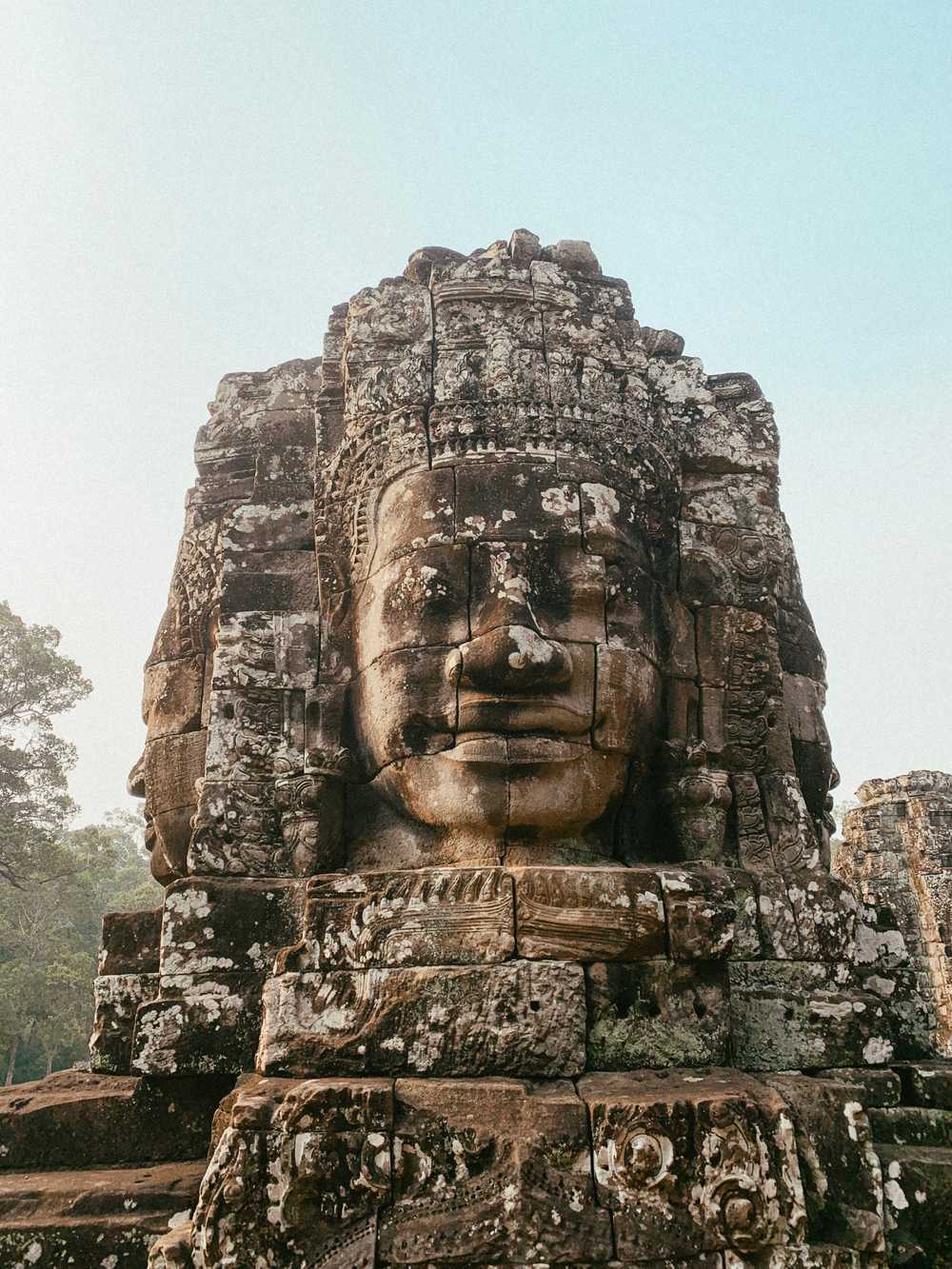 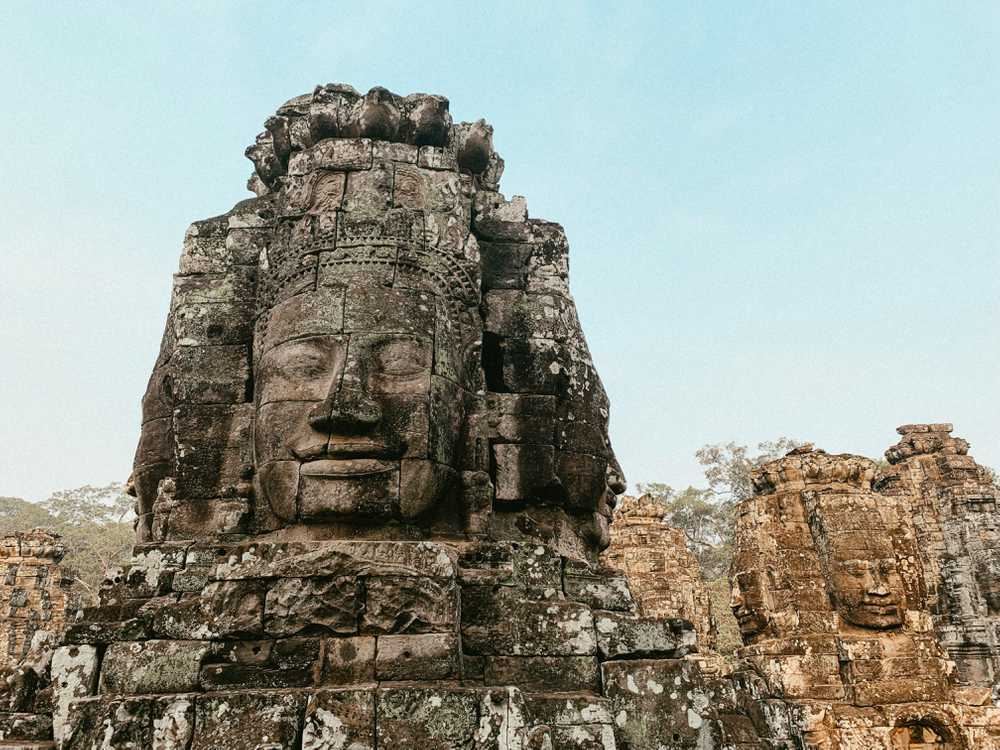 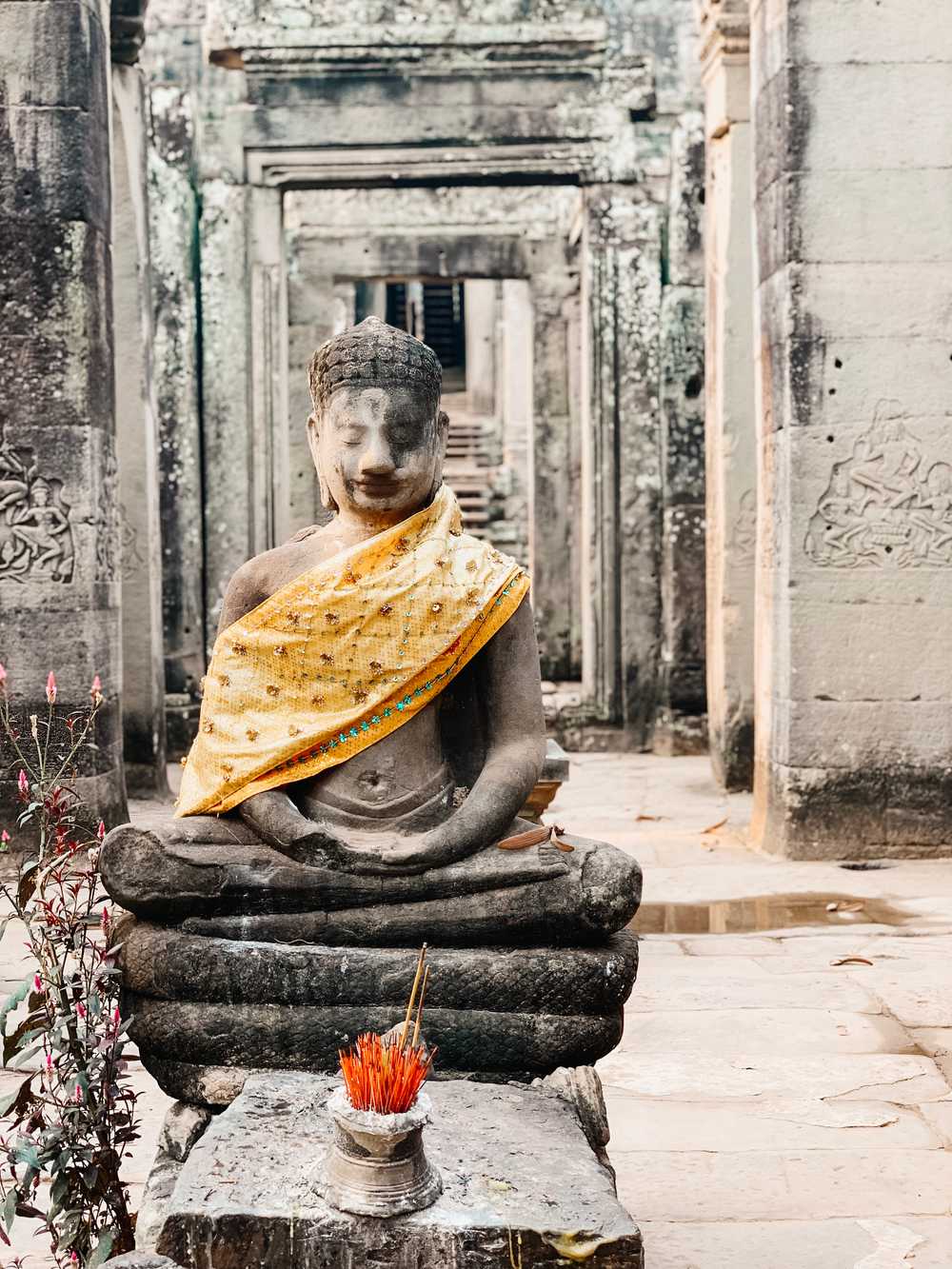 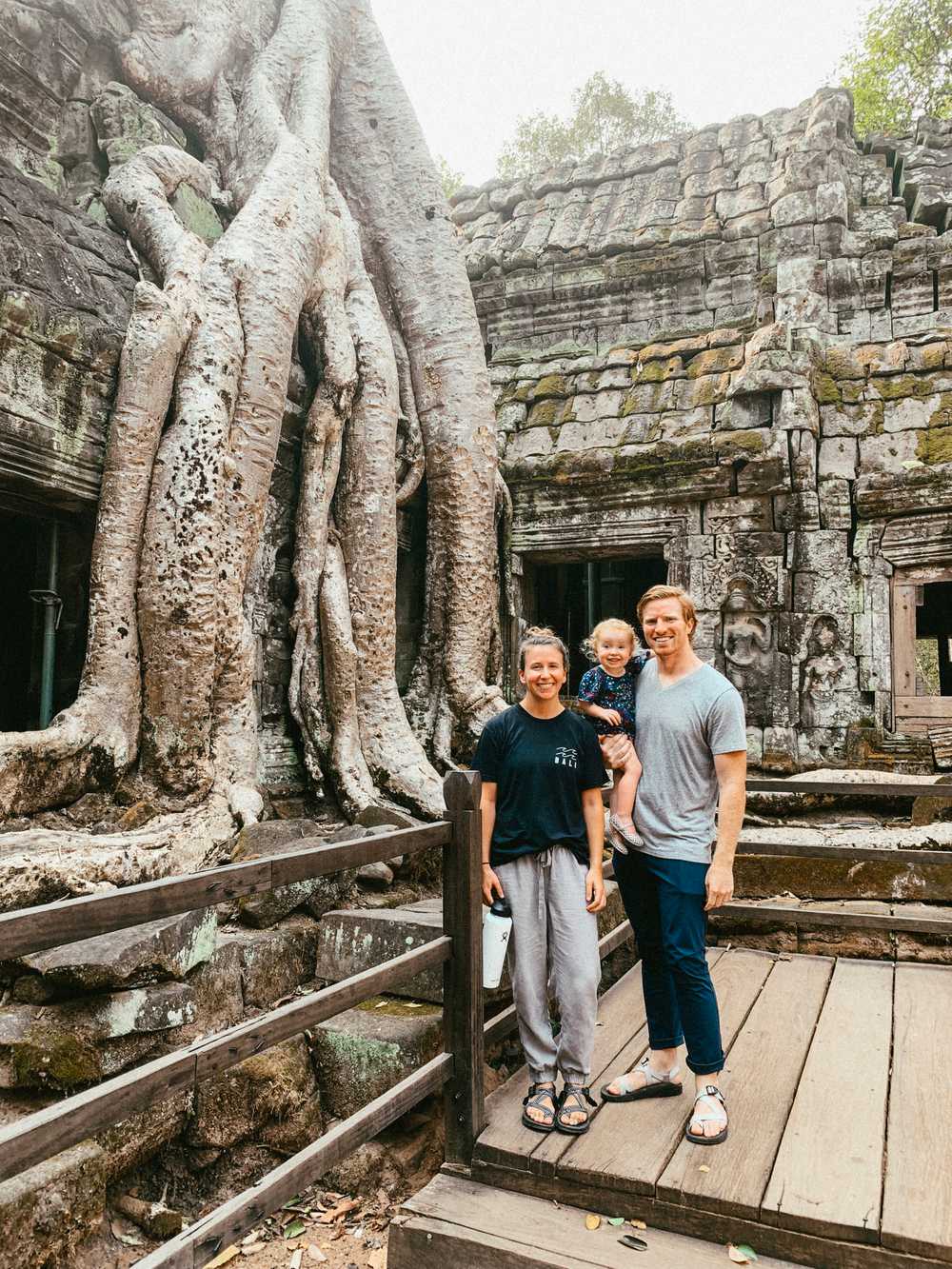 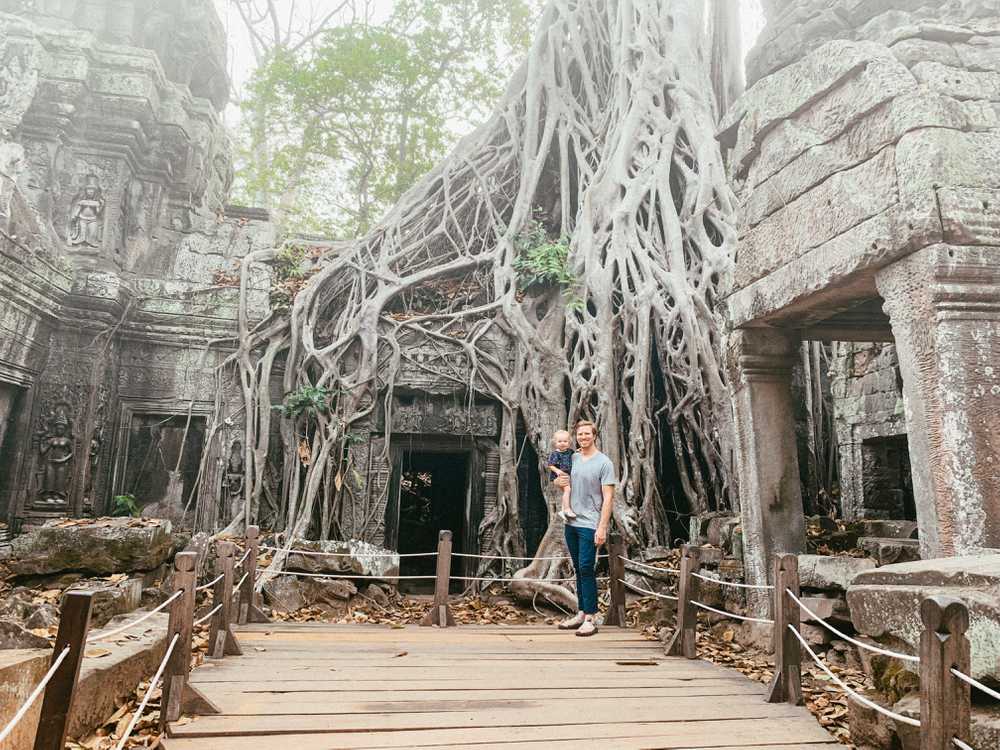 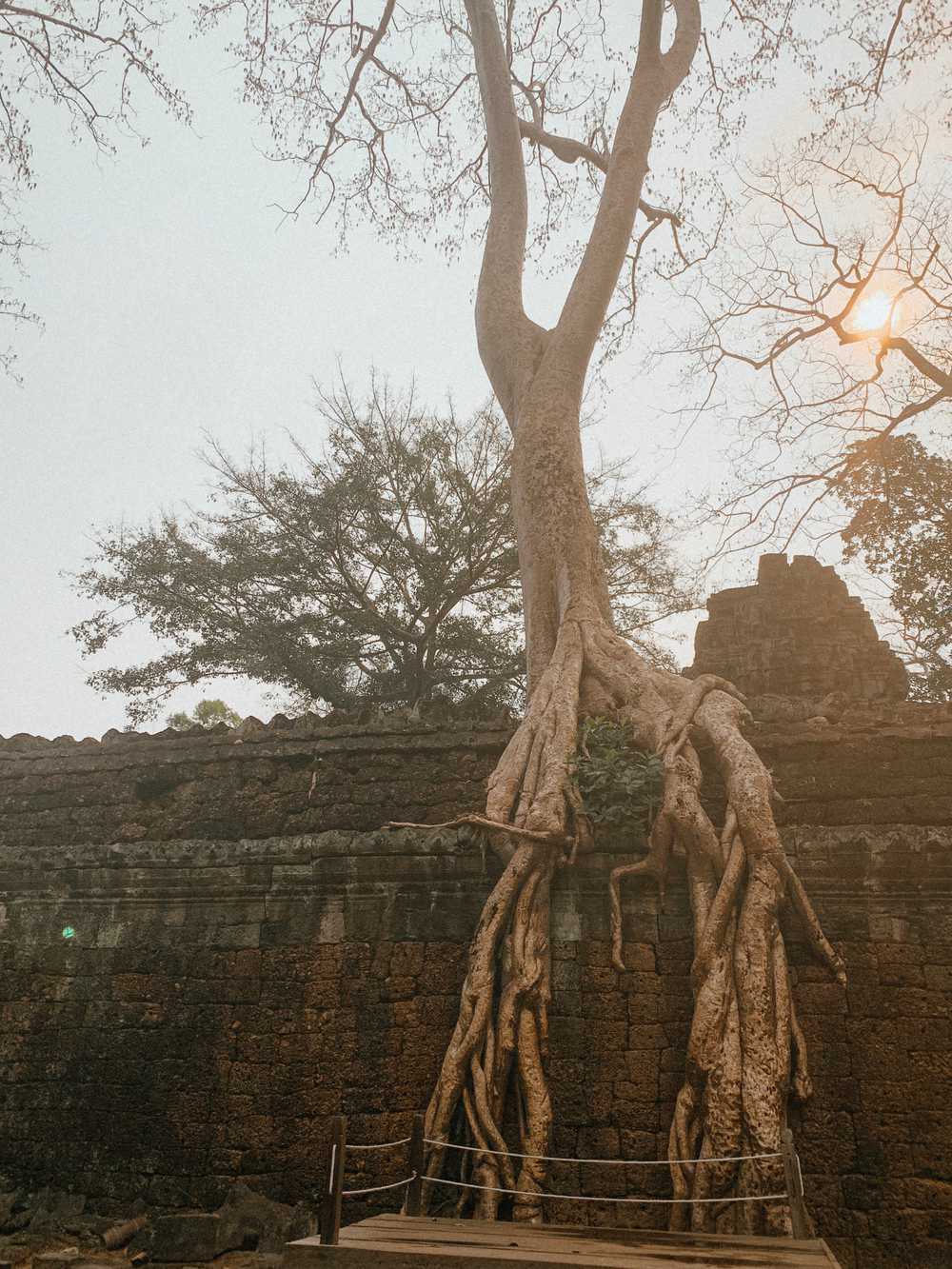 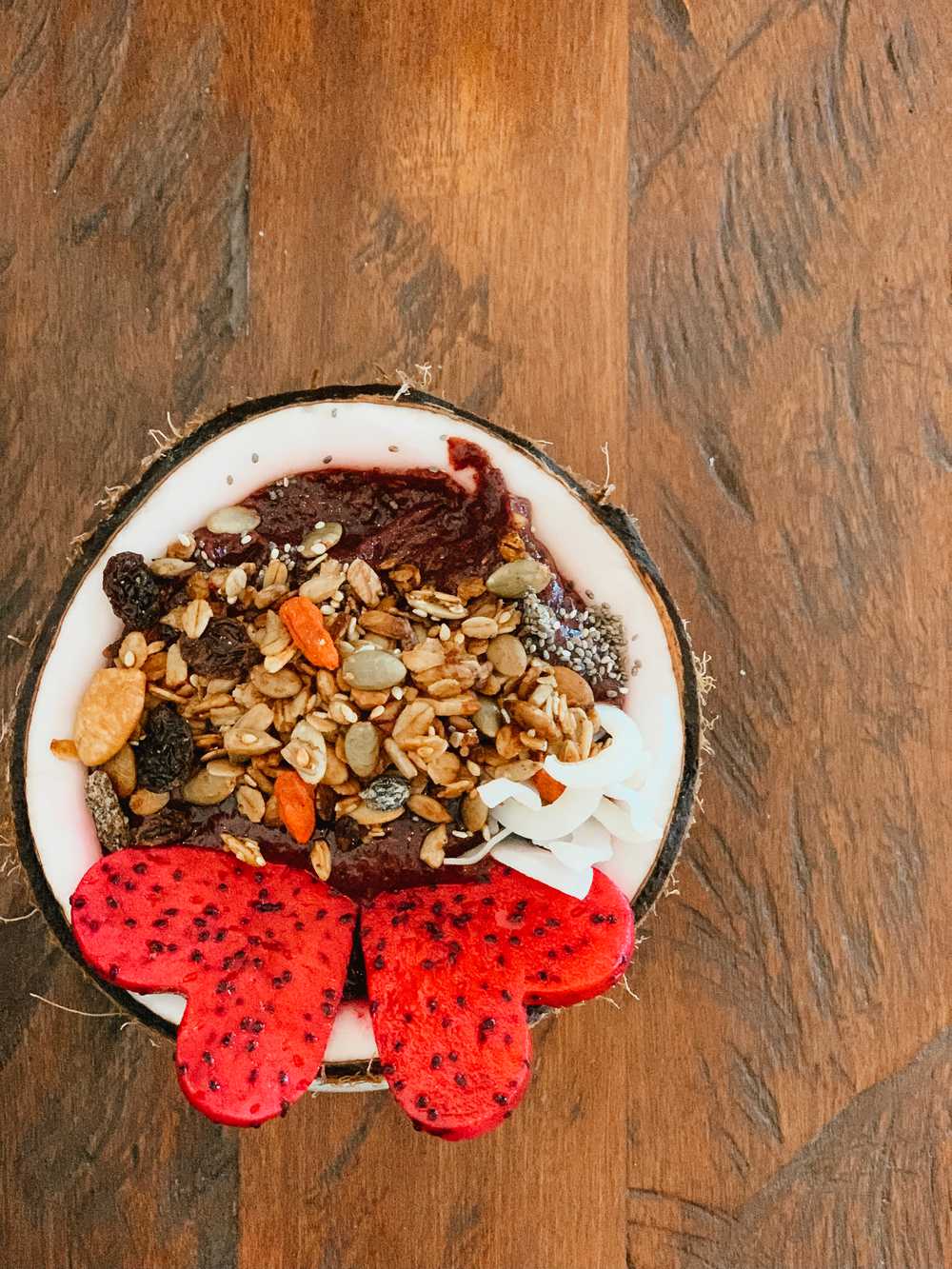 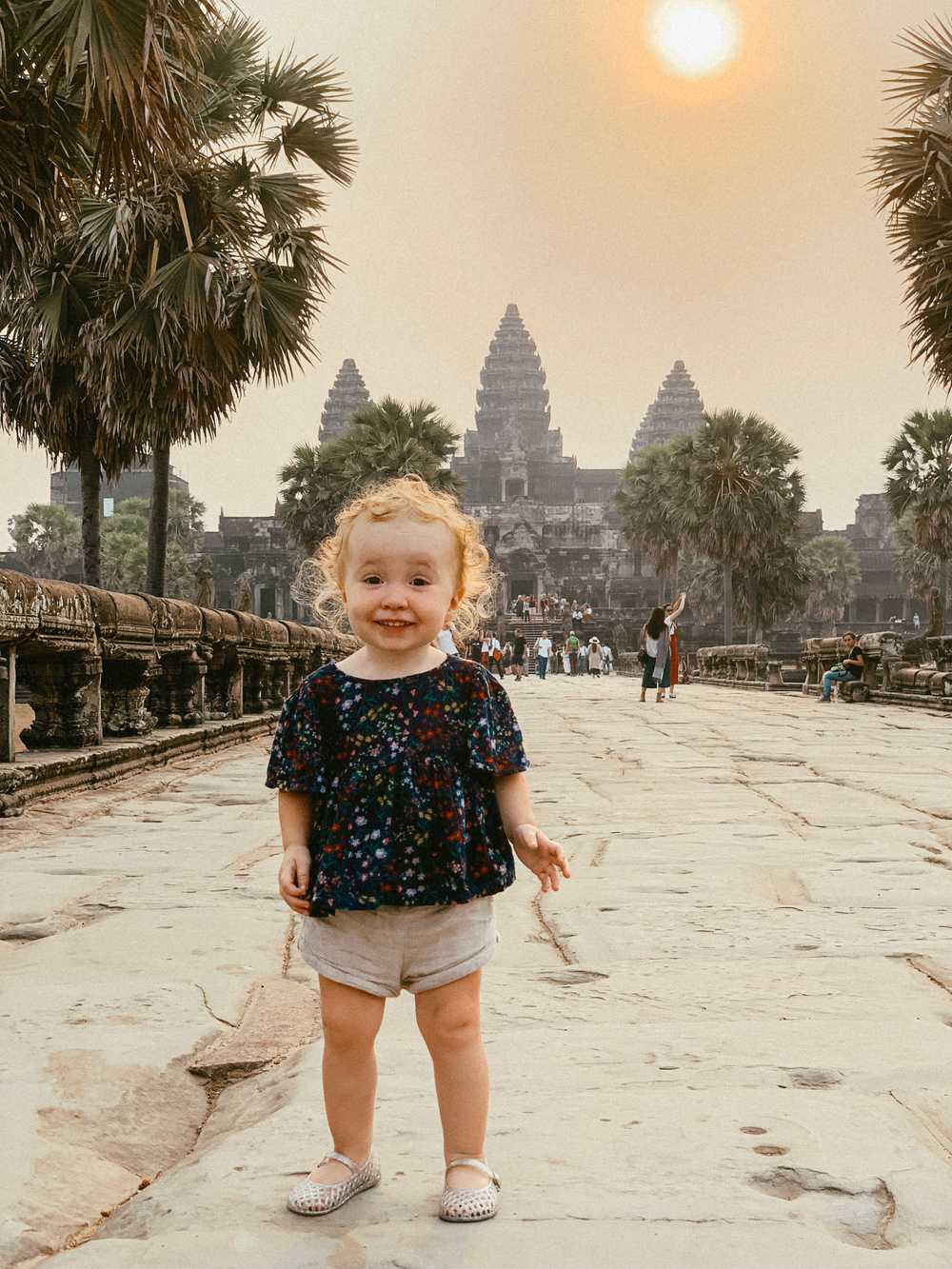 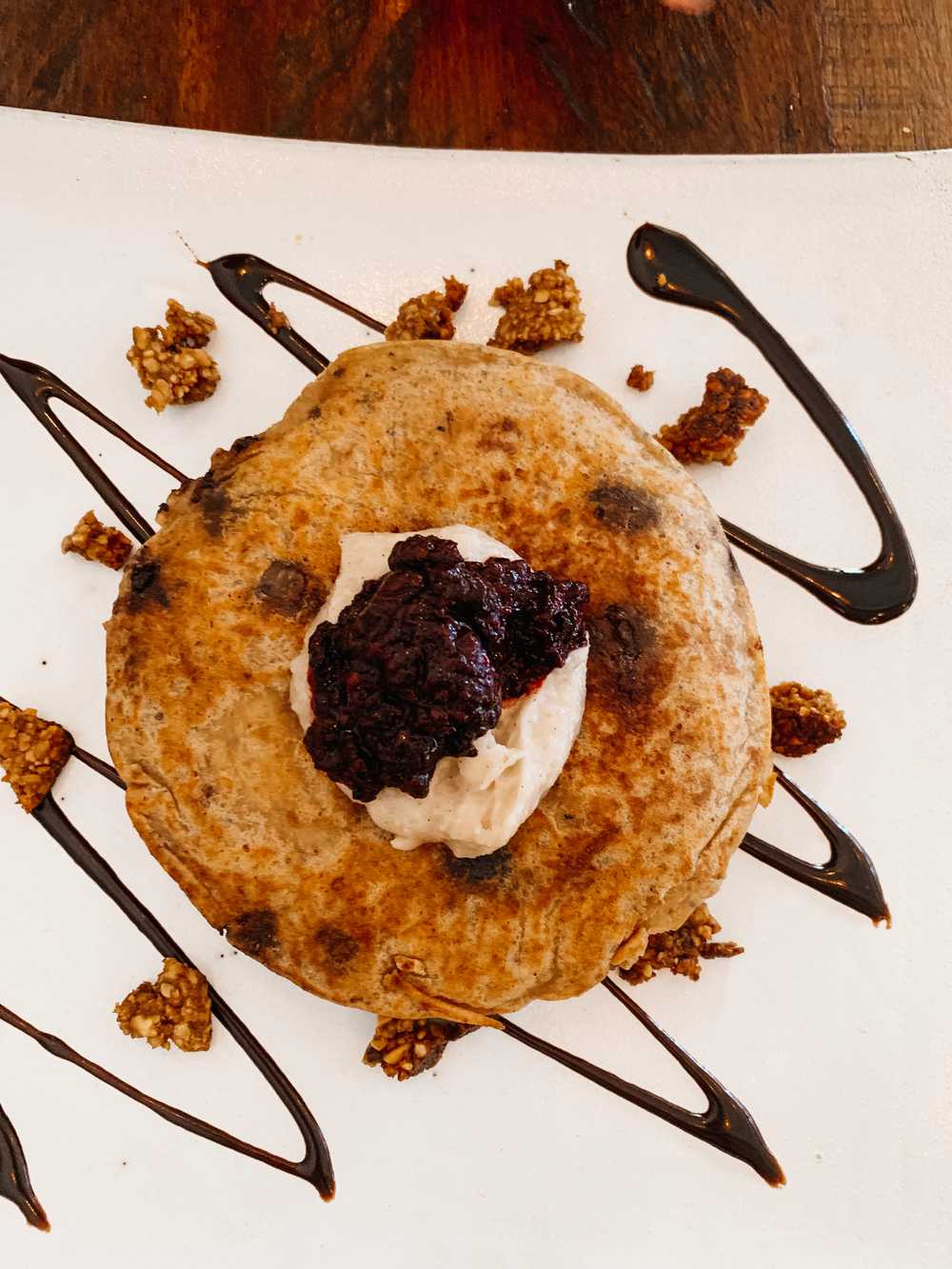