The whole crew went up to Halewia to try to get some surfing in. We met up later with everyone to let Abe finish working. It was pretty stormy and we were all standing under a building close to the beach. But it started to clear up and we all went out to the beach again! Abe hopped in to help Sabrina surf and she did awesome! After that Cassidy went in and then after a lot of convincing I got in to try it out. I was not interested in the getting in the water because I was COLD and also because there was coral underneath the waves at this particular spot which made me nervous to surf AKA just fall off the board. So I went in the water with Abe with a pretty stern face and a VERY annoyed attitude (I’m SUCH a good sport, am I right???). But we got in. And Abe helped a lot with the board and pushed me into a lot of waves and I caught so many! The very first wave I caught (meaning Abe pushed the board) I stood up and it was actually pretty fun! We did this for a while and eventually I was like OK one last time and just gotta stand up right away. So the next wave comes but I’m pretty sure I was totally turned sideways facing the wave and just got totally smashed. My head almost hit the bottom where all the coral was but my hand stopped my head from hitting. So after that I was like nope I’m good I’m done! So it was a little scary at the end but all in all I’m glad Abe forced me to try surfing at Halewia. One of my favorite parts of today was Abe’s cousin Elisabeth who went in with her dad to try surfing at the end. Everyone was cheering her on and we were videoing every wave to catch her on camera surfing. She caught a wave and at the end she hopped off and raises her arms like a champion. Everyone is cheering and she grabs her board and then gives us all a thumbs up. It was the best. I’ll post the video below! 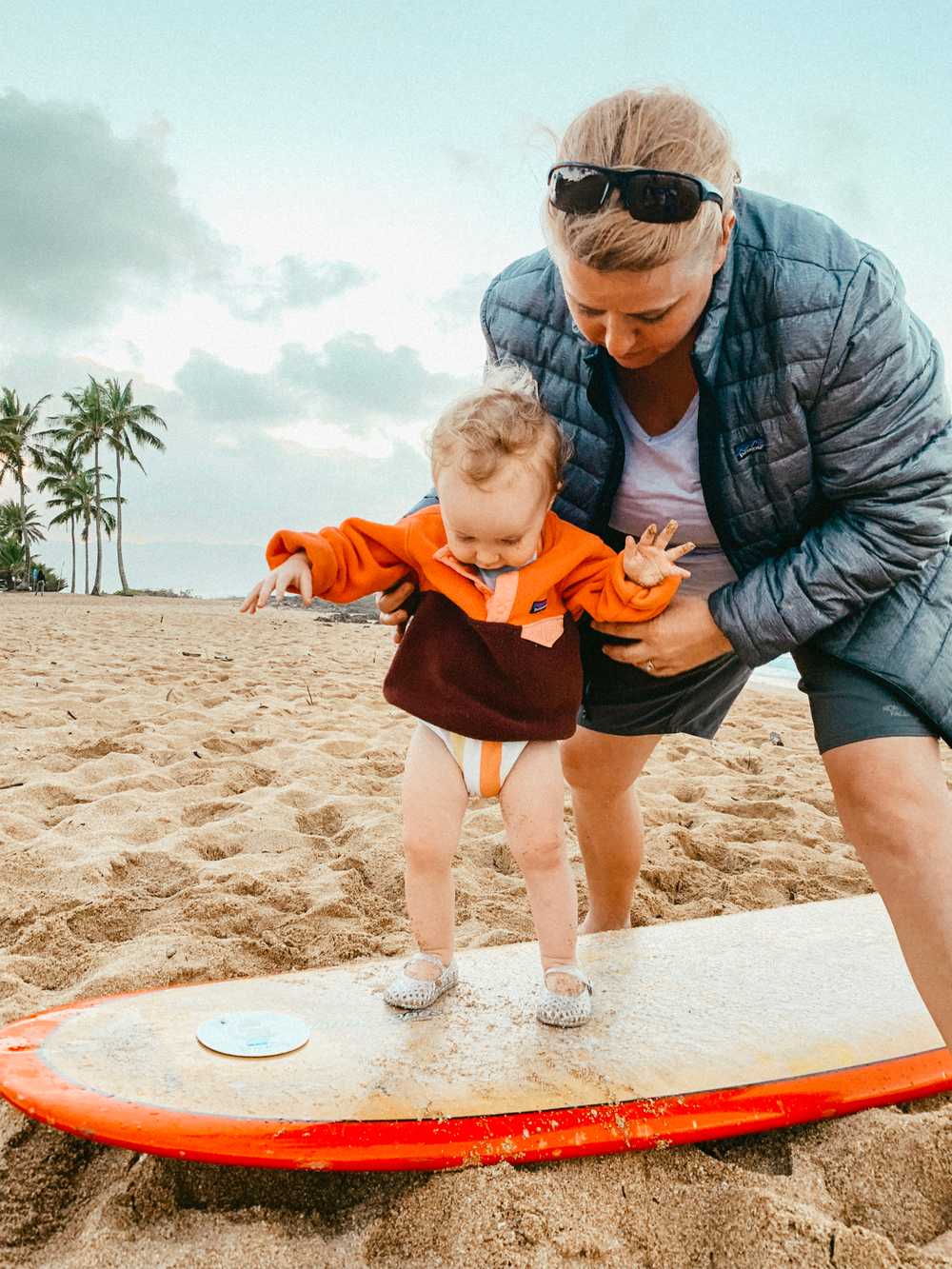 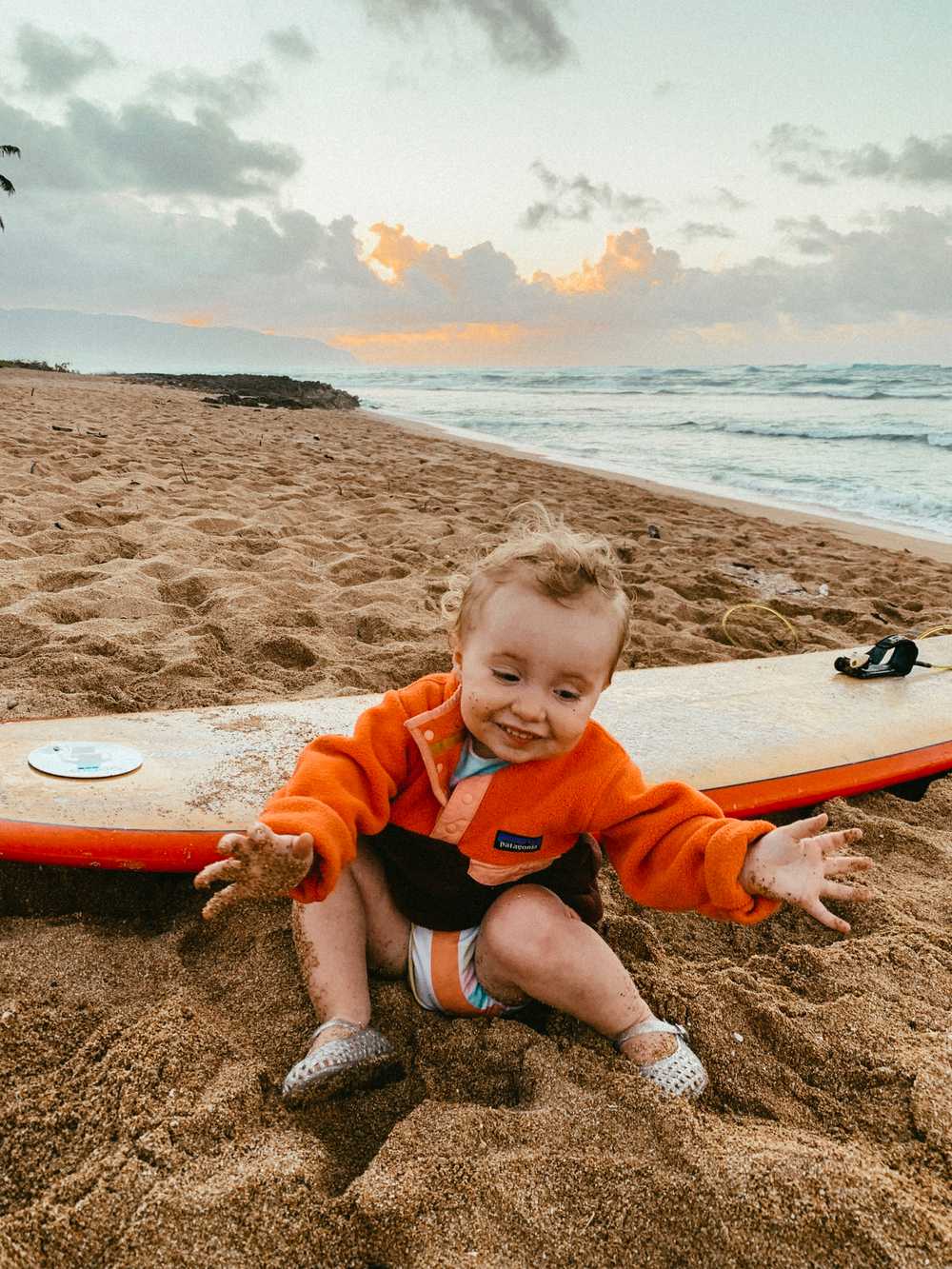 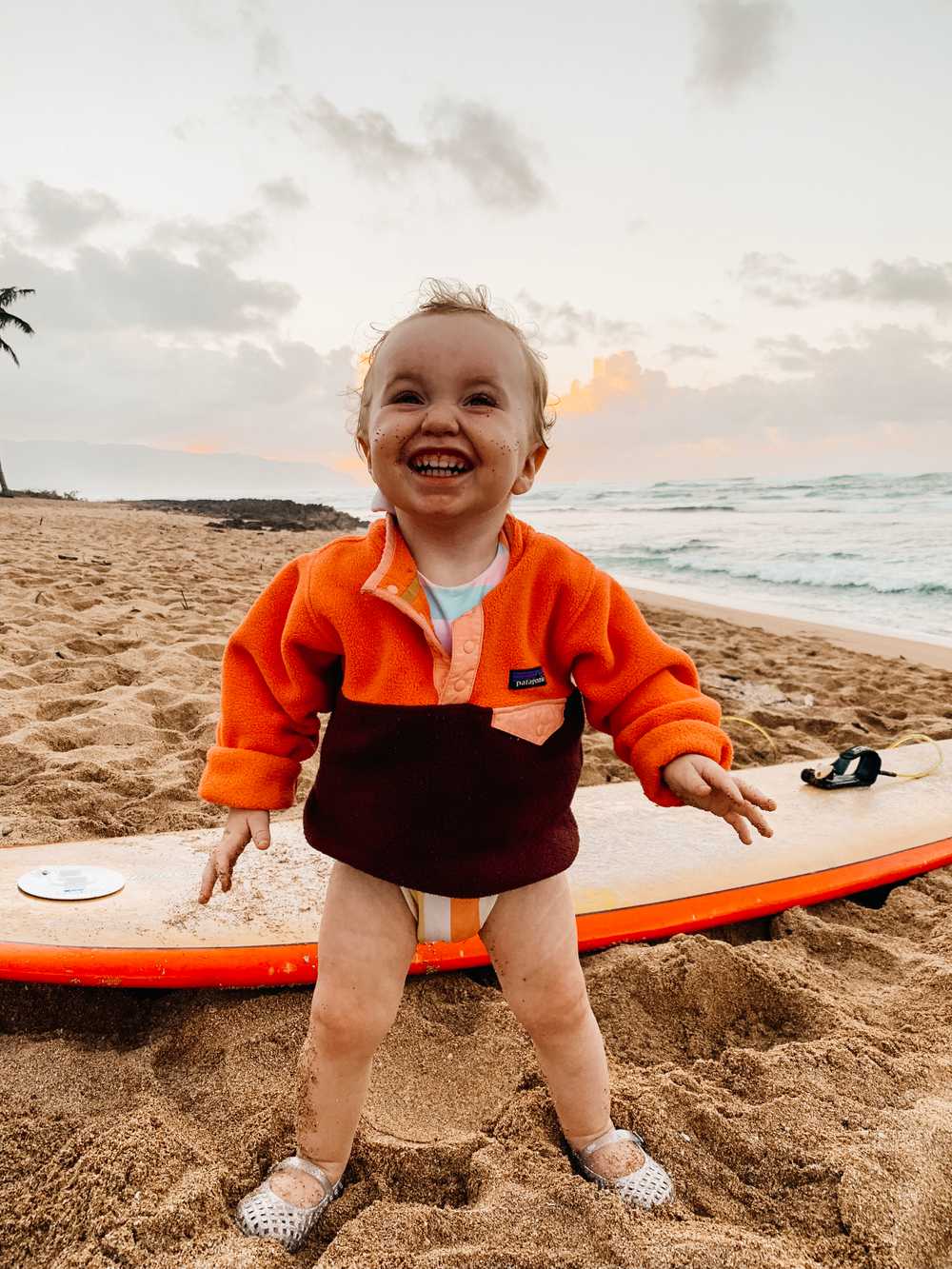 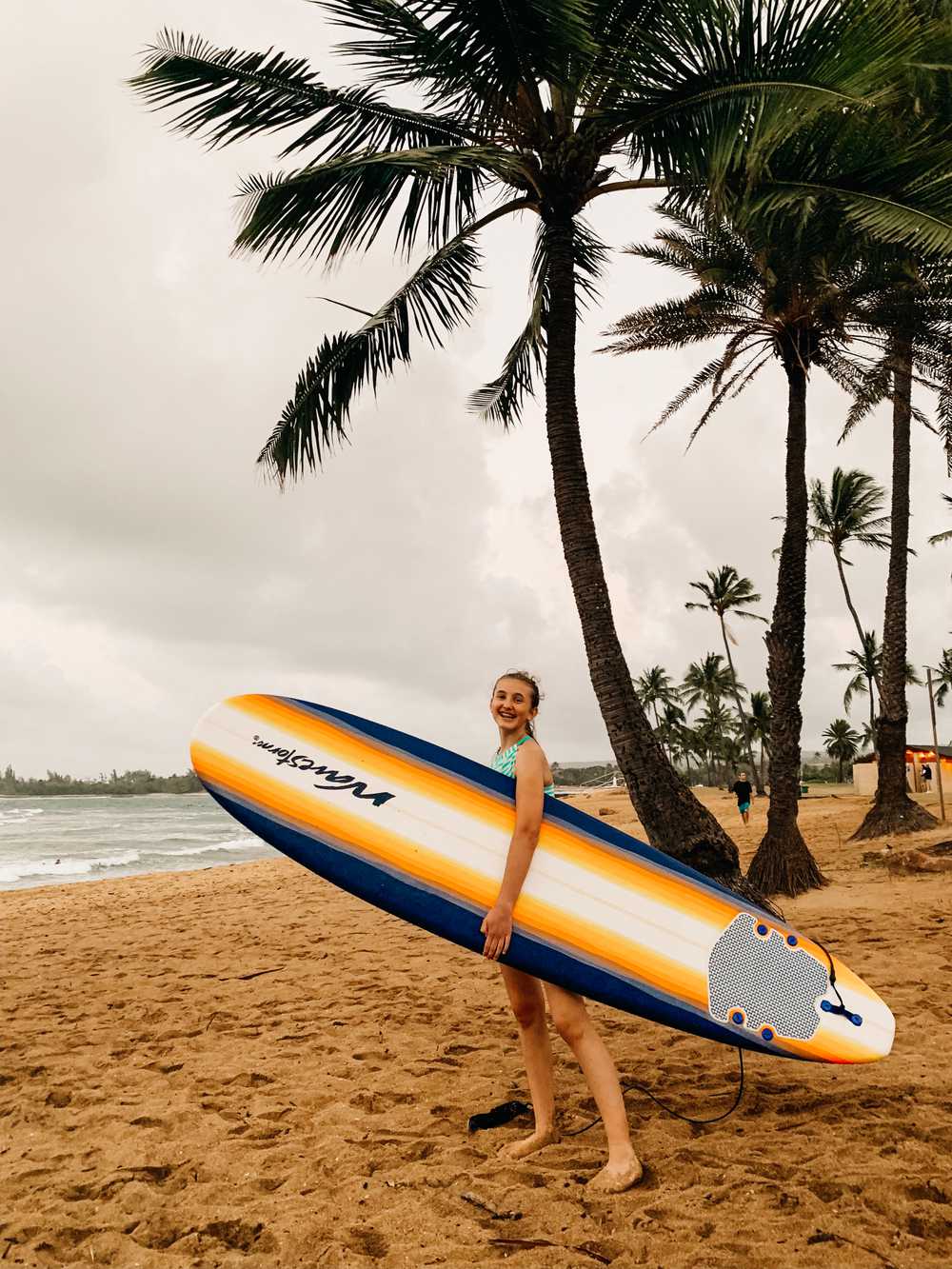